NFL News and Rumors
Barely six months ago, free agent Chris Johnson was shot in the arm and was doubtful on NFL lines to find his way back to fitness in time for the new season. On Tuesday, he was not only in full pads at practice, but he was doing so with a new team, the Arizona Cardinals, who offered the veteran running back a new deal on Monday worth a maximum value of $2 million.

Reportedly, there were concerns about whether Johnson would be a good value to the team, so the Cards invited him for a workout and physical on Sunday, and upon finding that he was fit enough to join the rest of the team in training, the two sides agreed to a deal.As an interesting note, the bullet from his incident remains lodged in his shoulder, though coach Bruce Arians and his medical team confirmed that there would be no lingering effects from the shooting.“There was nothing, except for a bullet in his trap,” said Coach Arian, referring to the trapezius muscle near the player’s shoulder blade. 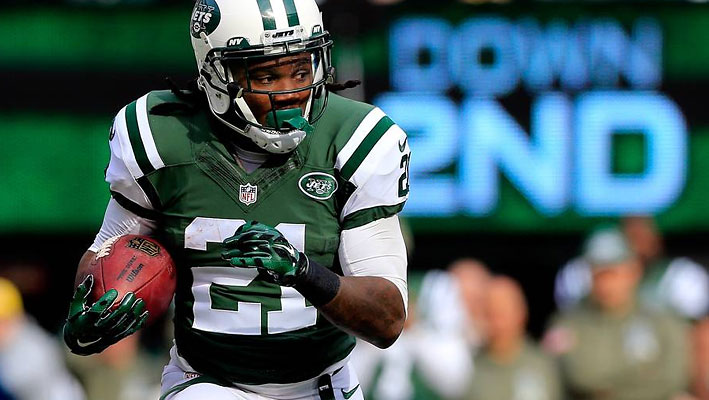 Johnson’s signing means the Cardinals now have a crowded group at the offensive backfield, including Andre Ellington, David Johnson, Stepfan Taylor, Kerwynn Williams, Robert Hughes, Marion Grice and Paul Lasike, who will all be fighting in the preseason for a chance in the team’s roster. Out of this group, the Cardinals will probably keep five running backs, with Ellington as the main starter, followed by the two Johnsons (David and the newly-added Chris), with the remaining slots getting filled by the other players.

What Does Chris Johnson Bring to the Fold? 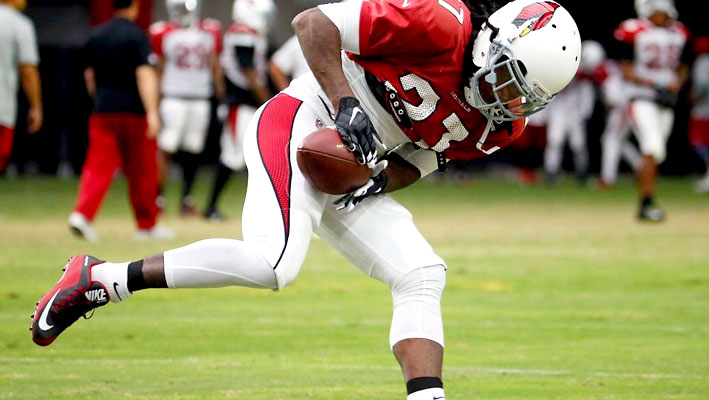 Evidently, if Johnson can get sufficient time on the field, there is no doubt that he could be a real asset for the Cardinals, whose running back department has suffered lack, with Ellington standing as the only reliable back.In his career, the 29-year old has reached various huge milestones. For example, Johnston is a three-time Pro Bowl running back and is one of the only seven players in NFL history to record 2,000-plus rushing yards in a single season, a feat he achieved with the Tennessee Titans in 2009. Furthermore, he has collected an astounding 8,628 career rushing yards and 51 touchdowns on the ground since being drafted in 2008. Add that to the numbers he’s tallied as a receiver, you get a fully loaded weapon ready to take the Cards a step higher.And as a crucial quality that puts him above many players and other RB free agents who were available in the offseason, Johnson is a durable player that is rarely injured. This quality is proven by the fact that the RB has played in at least 14 games every season since being drafted. With the Cards confident that Johnson will be fit in time for the new season, fans should be feeling his value starting real soon.

NFL Betting Commentary: What to Expect from Johnson in 2015? 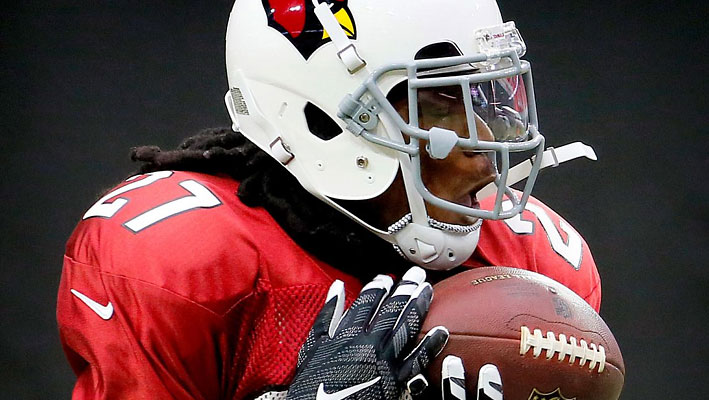 Outside the fact that the Cards have a good O-line that will encourage productivity, Johnson will reportedly only make the minimum salary, unless he rushes for at least 1,300 yards, a feat no running back has achieved since the team moved to Arizona. So despite his regression last year, Johnson should be very motivated to impress in Arizona. If he makes the No. 2 running back in the team, as we predict him to do, then going above the 1000-yard rushing mark should be very possible for him. His ability the catch the ball out of the backfield (as a receiver) will also be a big plus for Carson Palmer and his offense, making him an important and dependable player for the team, particularly if his shoulder doesn’t trouble him.SourcesESPN.com (http://espn.go.com/nfl/story/_/id/13464001/chris-johnson-arizona-cardinals-says-shooting-changed-perspective)AZcentral.com (http://www.azcentral.com/story/sports/nfl/cardinals/2015/08/19/arizona-cardinals-carson-palmer-chris-johnson-bruce-arians-nfl/32012979/)
Older post
Newer post