NFL News and Rumors
In 2014, the Arizona Cardinals started out 9-1, only to finish out of the playoffs. The biggest reason? The torn ACL that ended quarterback Carson Palmer’s during the season. Now he’s back and healthy – and he’s looking to take the Cardinals right back to the top of the NFC West – and even improve their NFL odds to make it to the postseason.Reports from the Cardinals camp reveal a quarterback who is itching to get back to his training and get strong for the season. His doctors, right now, are still ordering him to take things easy during his summer vacation, with just a swim workout each day to keep him in shape. The logic is that having a little more time to recover will do more for Palmer than getting back into hard workouts too early. Palmer is 35 years old, which means that the body takes a little bit longer to recover from trauma and stress. However, that hasn’t kept Palmer from being ready to go in 11-on-11 team drills seven months after his tear. That’s faster than Todd Gurley, the 20-year-old running back for the St. Louis Rams, and than Sam Bradford, who was 27 when he tore his ACL. The quick return isn’t a surprise to Palmer, who had this as his goal.It’s the same knee in which Palmer tore that same ACL in 2006, but that injury was significantly more extensive. However, this means that he knew how to teach himself to walk and jump again – as well as that precise footwork that separates quality quarterbacks from the pretenders. In March, he was already walking through three-, five- and seven-step dropbacks. Over time, he built up his speed, starting at 30 percent and then moving to 60, 80, 90 and full speed. He would practice sliding around in the pocket and evading defenders. Every step took him weeks to master. 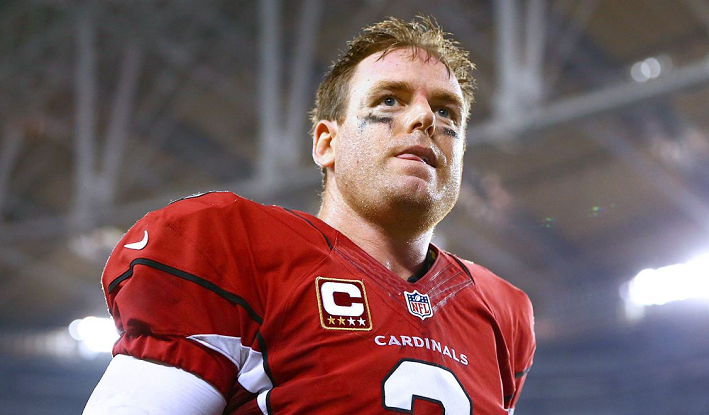 Most confident athletes come out and say that they will be improved players after they come back from an injury. However, Carson Palmer has made a tangible upgrade in the way that he plays. He identified a flaw in the way he throws the ball, and so he used this time to correct it since he had to teach his body to do everything again anyway. On film, he could see that when he was looking at reads on the left side of the field, while he was moving his body and eyes to the second, third and fourth reads, he would lean back and put his weight on the balls of his feet. This caused him to drift leftward in the pocket and throw without balance. 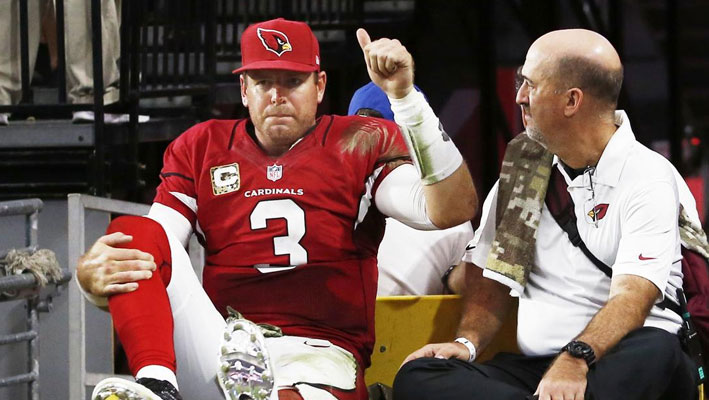 Teaching himself how to throw the ball meant having to start from the ground up as far as mechanics. Most NFL quarterbacks don’t have to go through their mechanics as thoroughly as Palmer did, and this could turn into a huge advantage for him. He expects it will help his accuracy and completion percentage. Also, he won’t be sliding toward his left tackle, which means that that lineman’s job will be easier. It will also give him more time to throw the ball, because he’ll be staying in the middle of the pocket instead of gradually moving over to the left side.Palmer has been working on this mechanical adjustment every day for the past five months, in some form or fashion. It will be interesting to see how this benefits the Cardinals in the fall – and if they can build on that 9-1 foundation from a year ago. Sources:NFL.com: http://www.nfl.com/teams/profile?team=STLESPN.com: http://espn.go.com/nfl/player/_/id/4459/carson-palmer
Older post
Newer post