NFL News and Rumors
Are you an avid online betting enthusiast that needs a bit of a respite from the rigors of consistently trying to cash in – even in the offseason?Do you simply want some NFL entertainment that has nothing to do with ATS or Over/Under Odds?Well, if you answered ‘Yes’ to either of the aforementioned questions, then you’re in for a treat, thanks to this fun-filled look at some of the best draft picks in NFL history. While my list contains players that span several decades, the one thing that each has in common is the fact that they were all late picks that belied the immense talent and drive that each of these now-legendary players showed over the course of their respective careers.With that said, let’s get this countdown started with our 10th, 9th and 8th picks.

No matter what you think of the opinionated Shannon Sharpe, there’s no doubt that the three-time Super Bowl winner is one of the best draft picks in NFL history. Sharpe had a huge hand in helping the Denver Broncos win consecutive Super Bowl titles back in 1997 and 1998 and then helped the Baltimore Ravens win it all in 2000. The eight-time Pro Bowler finished his 14-year career with 815 receptions for 10,060 yards and 62 touchdowns in 204 games. 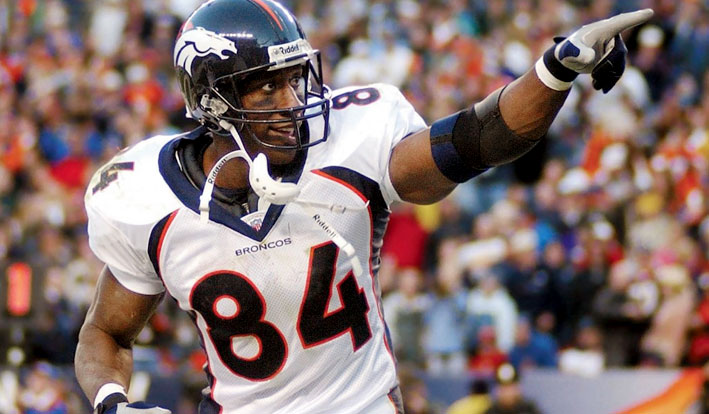 The 2011 Hall of Fame inductee is the NFL’s all-time receptions and yardage leader for a tight-end, as well as the second leading receiver in Denver Broncos history. He also holds the franchise’s single-game record for receiving yards with 214 against the Kansas City Chiefs in 2002. Maybe it’s me, but I say…not to shabby for a guy picked in the seventh round.

You may not be old enough to remember former Miami Dolphins Hall of Fame linebacker Nick Buoniconti, but I am and I can say without a doubt that he is one of the greatest draft picks in NFL history.Despite playing both ways at Notre Dame, Buoniconti was ignored by the NFL – and to a certain degree – the AFL as well – although he was eventually taken in the thirteenth round by the Boston Patriots.

The 5-11, 220-pound middle linebacker went on to play 14 seasons with the Patriots and the Miami Dolphins and made an immediate impact at linebacker with the Patriots – helping the team capture the 1963 AFL Eastern Division title.However, it was with my beloved Dolphins that the 2001 Hall of Fame inductee achieved his greatest measure of admiration. The eight-time pro bowler and five-time First Team All Pro selection helped the Dolphins reach three consecutive Super Bowls – and win two of them.“Every play is like life or death,” Buoniconti once said. “I can’t think of anything except the play that is taking place at the moment.”Maybe that’s exactly what the Patriots saw when they made Buoniconti their selection way back in 1962.

Before I get into Davis’ vast list of accomplishments, let’s go back in time to look at some of the running backs that were selected ahead of him in the 1995 NFL Draft.Former Penn State star Ki-Jana Carter was the No. 1 overall pick in that draft and well…he flamed out as one of the league’s biggest busts ever. Also going ahead of Davis in that draft were running backs Larry Jones, Aaron Hayden and of course, Citadel’s Travis Jervey. 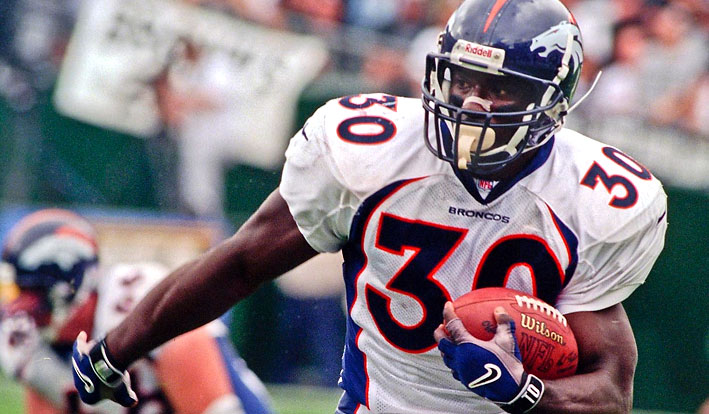 Although Davis’ career was cut short because of injuries, the former Long Beach State star was a three-time Pro Bowl selection that finished his career with a stellar average of 97.5 yards per game average that ranks fourth in NFL history behind Jim Brown, Barry sanders and Adrian Peterson.Davis also finished his career with 60 career touchdowns in 77 career starts and I believe a case could be made for him being one of the greatest running backs of all-time. Not only did Davis lead the Broncos to two consecutive Super Bowl titles, winning MVP honors in Super Bowl XXXII, but he also gained a total of 5,296 yards over a three-season period, including one season in which he rushed for over 2,000 plus yards.Davis’ career looks quite similar to another Hall of Fame running back whose career got cut way short because of injuries and that would be Chicago Bears legend, Gale Sayers. If you ask me, Davis is the singular most driving force behind Denver’s two Super Bowl titles in 1998 and 1999 and were it not for the gifted rusher, I fully believe that Hall of Fame quarterback John Elway would have never won a Super Bowl in his career. Make no mistake about it…Terrell Davis is one of the best draft picks in NFL history.
Older post
Newer post