NFL News and Rumors
As the dust settles on the already completed NFL combine, the focus now turns to the Pro Days in readiness for the actual NFL Draft. Essentially, in the course of the month, scouts from all over the nation will be constantly moving from one place to another as they watch the draft prospects run relentless drills and work outs in the name of pro days.For many students in the 2015 NFL draft class, the pro days will help improve their draft stock. However, for a select few of them, especially those who record flagrant negative performances, their stocks could change for the worse. Either way, it is going to be a lengthy saga and we’ll keep you updated of the circuit, but for now, here is our 2015 NFL first round mock draft and how the picks may influence the NFL betting odds.

The Bucs’ scouting staff view Winston as a more NFL-ready prospect than Marcus Mariota, but it will all come down to what Coach Lovie Smith decides. At the moment though, Winston is the odds-on favorite for the No. 1 pick

Though most mock drafts have Mariota going with the Titans, I believe that rookie starter Zach Mettenberger showed signs of being able to develop, so rather than gamble on Mariota, it would be more viable to go for the best defender in the class, which is of course Williams.

With QB Blake Bortles already tipped as a promising future prospect, the Jags simply need to prioritize on someone who can help in protecting the QB so as to improve their season and have a better run in the NFL betting odds. Many players fit the bill here, including Shane Ray and Alvin Dupree, but I’d go with Gregory to be a better fit with the Jags, mainly due to his amazing athleticism and vast defensive skills.

With many teams looking to trade up and land a QB, the Raiders could decide to trade down. Nonetheless, picking Fowler sounds like a better deal since he is NFL-ready and is versatile, hence can operate almost anywhere in their troubled defensive line.

The talk in Philly has all been about getting Mariota, whether through the Redskins or Titans, so I’ll take Chip Kelly’s words and place Mariota here. If not, the other viable options for Philly would be to go for Alvin Dupree, the youthful Kentucky product that had some mind-blowing workout at the NFL Combine, or the multitalented Jalen Collins (CB, LSU) to help improve their secondary.

Though Kevin White could also be a viable WR option here, Amari Cooper‘s game is more fine-tuned and his football IQ is reportedly higher so he’d be a better catch. If for some reason Mariota is not picked by this point, be sure that New York’s new general manager and new head coach will prefer to take the Oregon star to work alongside QB Geno Smith.

After taking Kyle Fuller (CB) in the first round last year, the next logical step would be to upgrade their front three by taking Goldman, a proven pass-rusher to help the defensive line.

If Dante Fowler is available at this point, the Falcons would go for him. But knowing how many teams badly need to overhaul their defenses, Fowler is likely to be taken within the first five rounds, so Beasly would be perfect here. Besides his strong body, which he knows how to use very well, Beasly posted amazing numbers at the NFL combine, ranking best in the bench press, best in the 40-yard dash and second-best in the vertical jump, which I’m sure New Falcons coach Dan Quinn would be glad to have in his rebuilding agenda.

The Giants struggled mightily in protecting Eli Manning and finding someone to do that job will be of ultimate importance. Collins would be perfect for them because he can operate as a left tackle or left guard. Also, he is billed as being the most technically sound offensive lineman in his class. Other befitting alternatives for the Giants would be Brandon Scherff or Andrus Peat, who could equally be up to task for the Manning-protection job.

After his terrific performance at the Combine, there is a likelihood that White would go as the first WR pick ahead of Cooper, so the Rams won’t find him here. The debates about him and Cooper are still ongoing, but for now, let me place him here (in the top 10) where he is very likely to land. Plus, with Sam Bradford probably returning to make up for lost time in a big way, it would only be fair to give him the reliable White, who will be working alongside the in-and-out-of-form Brian Quick.

Other Projected First Round Picks 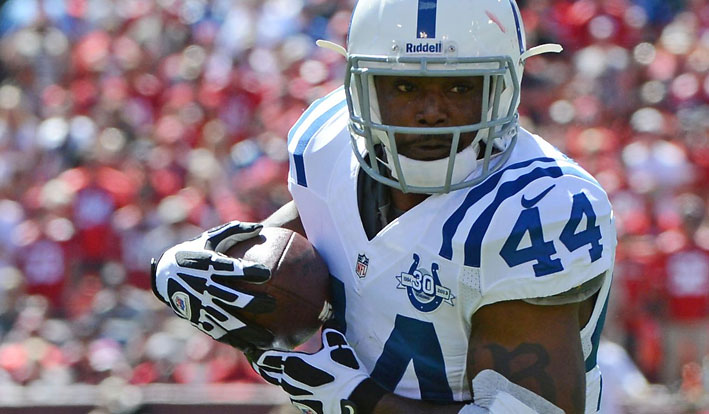 A Case for a Running Backs in the First Round?

I know that there has not been a first-round running back since 2012 when Doug Martin, Trent Richardson and David Wilson were picked in the opening round. However, after the DeMarco Murray greatly championed Dallas’ 2014-2015 strong season, and the Seahawks failed to win back-to-back titles because they regrettably didn’t give the all-important final ball to their ace runner Marshawn Lynch in the 1-yard line, there is no doubt that running play a crucial role in today’s football and their premium in the NFL betting odds cannot (and shouldn’t) be overlooked.For the Colts, Ahmad Bradshaw’s future with the club is uncertain, while Trent Richardson has not been able to live up to the expectations. So, although the Colts could gamble and wait to find a good RB in the later rounds, which could be risky because of their drafting position, so guarantying their chances by getting a good RB in the first round would be important, especially if Andrew Luck is to get sufficient offensive support.As for the Cowboys, the probable departure of Murray (due to salary cap issues) will leave a gaping hole that can’t be viably filled by Lance Dunbar and Joseph Randle. Getting a lead running back would thus be very important for the team. 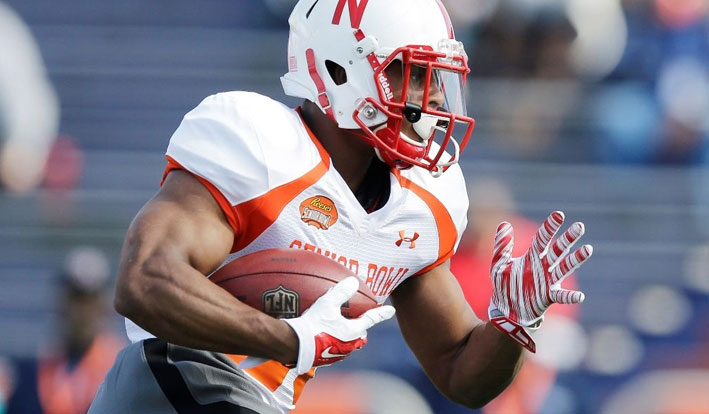 There are several Early Pro Days coming up, which will duly influence the draft stocks and of course the NFL betting odds. Be sure to check out the following dates for the best (and most critical) pro days:*Auburn (March 3, 2015)Main Draft Prospects to Monitor: wide receiver Sammie Coates and quarterback Nick Marshall.*Clemson (March 5, 2015)Main Draft Prospects to Monitor: defender Vic Beasley, defensive tackle Grady Jarrett and linebacker Stephone Anthony.*Nebraska (March 5, 2015)Main Draft Prospects to Monitor: defender Randy Gregory and running back Ameer AbdullahAll in all, Happy Sportsbetting and don’t forget to check out our NFL News and Headlines section for other timely updates about anything and everything related to NFL betting!
Older post
Newer post