NFL News and Rumors
Sure, the 2015 NFL Draft may be just about a month gone by, but if you’re constantly on the lookout for more ways to bolster the potential for a winning wagering campaign this coming NFL betting season, then you should know it’s never too late – or too soon for that matter – to take steps toward making that happen! Now, with thoughts of giving your gridiron gaming bankroll a huge boost in 2015, let’s get started.

The Buccaneers were big draft winners simply by nabbing quarterback Jameis Winston with the No. 1 overall pick in my estimation. If the former Florida State signal-caller turns out to be a franchise quarterback like I believe he will, then Tampa Bay could turn out to be the biggest winner of this entire draft. I know Winston had his share of off-field drama during his short, two-year stint as the Seminoles starting quarterback, but I believe the 2014 Heisman Trophy winner has and will continue to mature into a quality player and person and that the leadership and teaching he will get from no-nonsense head coach Lovie Smith will be invaluable to his growth as an NFL quarterback. In all, the Buccaneers added seven new players to their roster starting with Winston and followed by offensive tackle Donovan Smith, offensive lineman Ali Marpet, linebacker Kwon Alexander, wide receivers Kenny Bell and Kaelin Clay and running back Joey Iosefa.

Shortly after the draft, NFL.com released grades for all 32 teams in the NFL and the league-owned web site gave the Bucs a B+ for their 205 draft. “They got their quarterback and found him some additional weapons to boot while boosting the offensive line,” NFL Media’s Bryan Fischer wrote. “Solid but not spectacular work.” “Smith was undoubtedly taken to protect Winston and should fit in right away at right tackle, even if he does need to refine his protection skills,” Fischer also wrote. “Marpet will face a big jump in competition from the Division III level, but he might have been the biggest riser in the draft. Alexander is very athletic and a player Lovie Smith can turn into a star. Bell is a great field-stretching option out of the slot for Winston to find.” 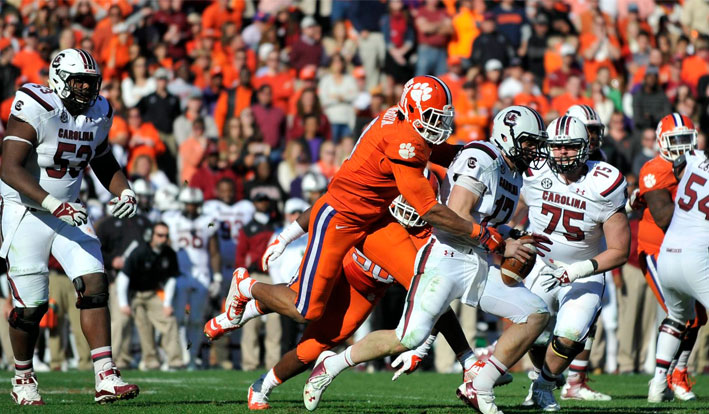 The Falcons needed to upgrade their defense in the worst way and they did by nabbing versatile Clemson linebacker Vic Beasley with the eighth overall pick. Atlanta also nabbed gifted cornerback Jalen Collins with the No. 42 pick in the second round in what could turn out to be one of the biggest steals in this draft class. Collins, a first round talent, slipped right into the Falcons’ hands and they could benefit immediately under defensive-minded new head coach Dan Quinn. Collins fell in the draft because of a late wrist injury and rumors that he failed multiple drug tests in college. Still, Collins could turn out to be Atlanta’s answer to their longstanding issues on the island. The Falcons also grabbed East Carolina wide receiver Justin Hardy, Clemson defensive lineman Grady Jarrett and Indiana running back Tevin Coleman and all three could play significant roles for Atlanta as early as this coming season.

I think the Dallas Cowboys had one of the best drafts of any team because of their gamble on second round pick Randy Gregory – and signing of ‘undrafted’ offensive lineman La’el Collins. First, Dallas grabbed a player that should start for them right away in 27th overall pick, UConn cornerback Byron Jones. Next, Jerry Jones took a big gamble on Gregory, with the No. 60 overall pick. The former Nebraska defensive end is a player that was projected to be a sure-fire Top 5 pick, but the enigmatic slid to the second round after testing positive for marijuana at the NFL Combine. If the Cowboys can get Gregory to mature off the field, then they could have another superstar defensive lineman in the making – and one of the best d-lines in the game once they pair him with DeMarcus Lawrence and (eventually) Greg Hardy. I also like the Cowboys’ addition of offensive tackle Chaz Green with the 91st pick in the draft and think that he’ll give Dallas’ already powerful O-line even more quality depth. I do believe that the Cowboys dropped the ball a bit by not drafting a running back they could groom to become a potential starter after parting ways with 2014 league rushing leader DeMarco Murray.

The Jets got a player at No.6 that most believe is the best in the draft in USC defensive tackle Leonard Williams and that alone is good enough to give them a great draft grade in my mind. However, it is the addition of former Baylor quarterback Bryce Petty that I believe will be the icing on top of the Jets’ 2015 draft cake. For me, Petty was the second-best quarterback prospect in this draft behind No. 1 overall pick Jameis Winston and I fully believe he is going to challenge the mediocre Geno Smith for the starting quarterback job right off the bat. Petty has as much heart and moxie as any quarterback to come into the league in years and I’m going on record right now to say that I expect him to make somewhere in the neighborhood of a half-dozen starts at the least. I also like New York’s drafting of Ohio State wide receiver Devin Smith and believe he will contribute right away for the Jets in 2015. 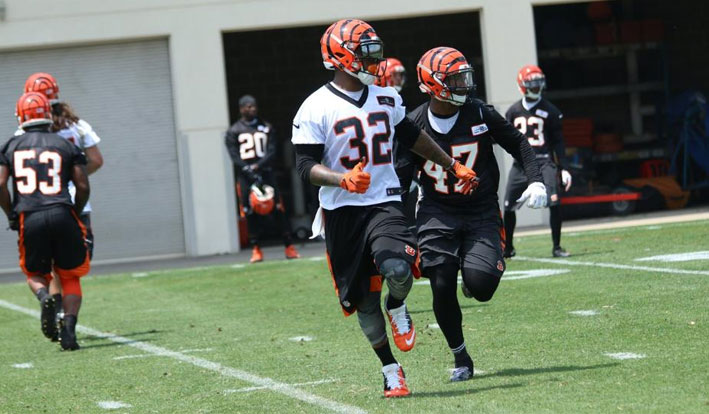 The Cincinnati Bengals have been perennial bridesmaids in the Andy Dalton-Marvin Lewis era, but they could nab their first postseason win under the duo in 2015 thanks to a stellar draft class. Cincinnati got, not one, but two of the very best offensive linemen in the draft by nabbing Texas A&M tackle Cedric Ogbuehi with the 21st overall pick and backed that up by adding gifted Oregon tackle Jake Fisher with the 53rd overall pick. However, it is the additions of linebacker Paul Dawson that might be the Bengals’ biggest steal. Dawson was by far, the best linebacker in the country last season and even though he struggled mightily at the NFL combine, the tape, which shows Dawson making play after play for TCU last season – and the tape never lies. The Bengals grabbed another player at No.120 overall that I believe will make an immediate impact in USC cornerback Josh Shaw, who has the ability to play both, corner and safety in the NFL. Shaw, a likely first round pick, slid in the draft after some off-the-field drama in which he created an elaborate fantasy about getting injured saving his nephew when he really had jumped out of a window to evade law enforcement. Overall, the Bengals may have had the best draft of any team in the league, though only time will tell.
Older post
Newer post