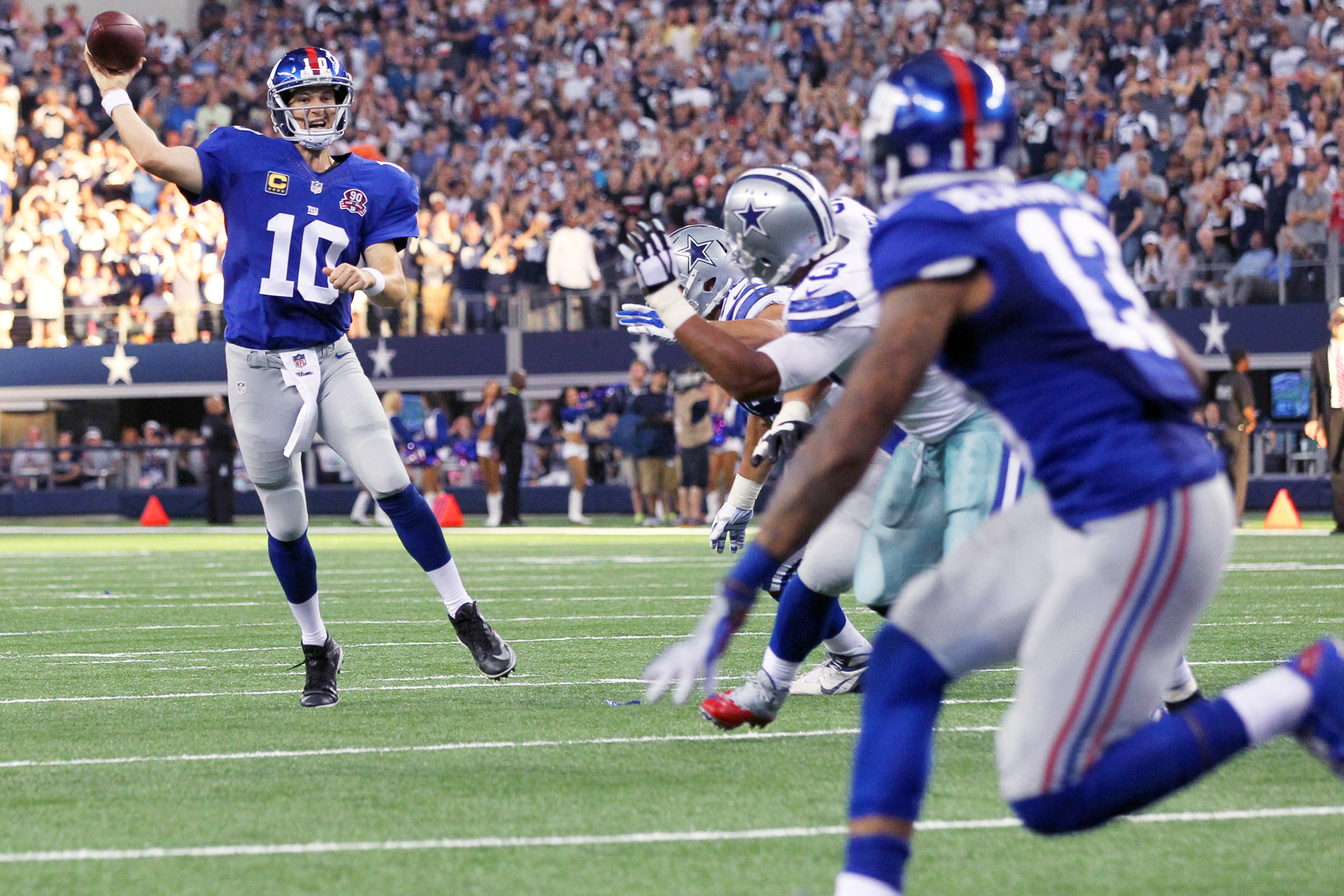 NFL News and Rumors
If you read the MyBookie.ag column centered on the top 10 trios in pro football then you already know all about the league’s best triumvirates and what they bring to the table for their respective teams.However, there are another handful of teams across the NFL betting circles that are all just one star short of completing their own formidable set of triplets. Thanks to this fun-filled look at the handful of teams that have dynamic duos but are in need of a third wheel will both inform and entertain as you get set for the start of the quickly-approaching training camp period. Okay, with that said, let’s rock and roll people!

Tom Brady had another fantastic season in 2014, finishing the regular season ranked 10th in passing yards (4,109), fifth in touchdown passes (33) and an identical fifth in quarterback rating (97.4). Rob Gronkowski also had another Pro Bowl season in ranking 13th in touchdowns with a dozen scores and 15th in receiving yards with 1,124 yards. 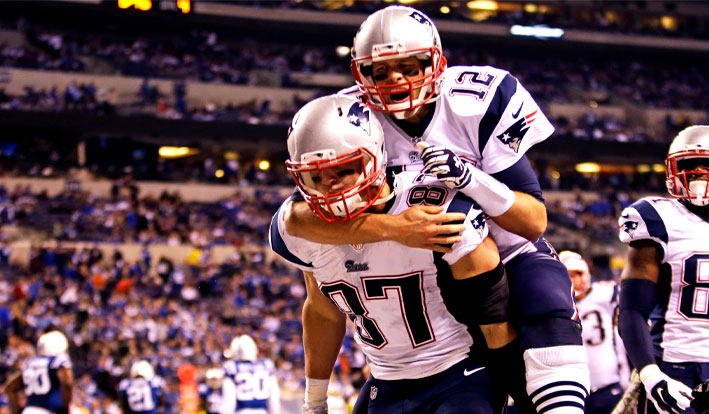 Unfortunately, I don’t really believe in either Julian Edelman or Brandon LaFell to join the aforementioned duo, leaving veteran running back LeGarrette Blount (4.7 ypc) as the most likely candidate to give New England the third leg of a trio the Pats could use as they defend the Super Bowl title they just won.

I’m no big fan of veteran quarterback Tony Romo, but I’ve got to give credit where it’s due and Romo deserves plenty for his stellar 2014 campaign.The veteran signal-caller completed an insane 69.9 percent of his passes for 3,705 yards (14th) with 34 touchdowns and just nine interceptions. 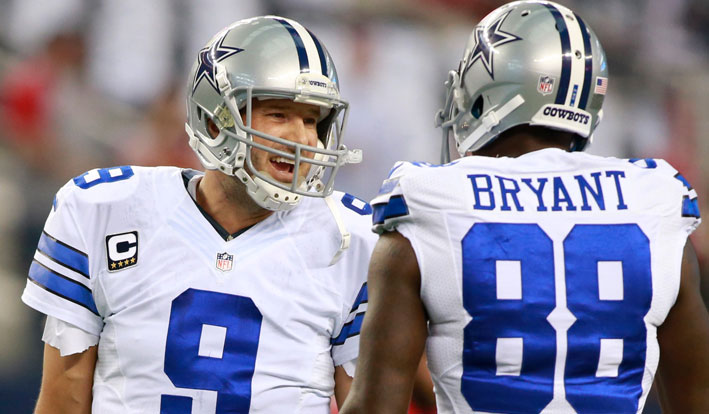 Superstar wide receiver Dez Bryant also had a fantastic season in 2014, finishing eighth in receiving yards (1,320) and second in touchdowns scored (16).Unfortunately, the Cowboys foolishly let league rushing champion DeMarco Murray also bolt in free agency after rushing for a league-high 1,845 yards and finishing seventh in touchdowns scored with 13. Now, the ‘Boys will look to veteran running back Darren McFadden to replace Murray and become the third part of a trio they’ll desperately need in 2015.

Eli Manning had one of the best seasons of his career in 2014, finishing sixth in passing yards (4,410) while throwing 30 TD passes and 14 interceptions. In spite of Manning’s fine season, the best thing that happened to the Gants last season was that they found out they have the game’s best young wide receiver in sure-handed wide receiver Odell Beckham Jr. The aptly-nicknamed ‘ODB’ had a rookie season for the ages in catching 91 passes for 1,305 yards and a dozen touchdowns (including one of the greatest ever). 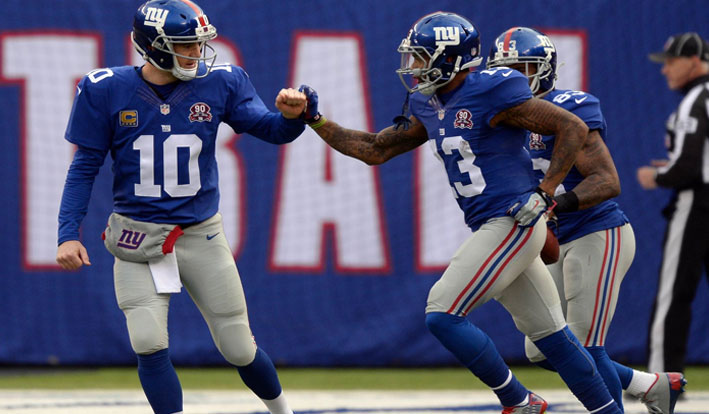 Now, if the Giants can get some production from the running back position, they could have a formidable trio. However, I’m certain that veteran back Rashad Jennings, the team’s schedule starter right now, is not the answer.

The Skins have a nice duo going for them in wide receiver DeSean Jackson and running back Alfred Morris, but the pair needs a third partner to complete their trio – and I think w all know who that player is. Morris ranked 11th in rushing last season with 1,074 yards while Jackson finished the 2014 season ranked 13th in receiving yards, (1,169). Now, if Washington can get Robert Griffin III back to playing football like he did during his rookie season, they could form one of the most formidable trios in the league. 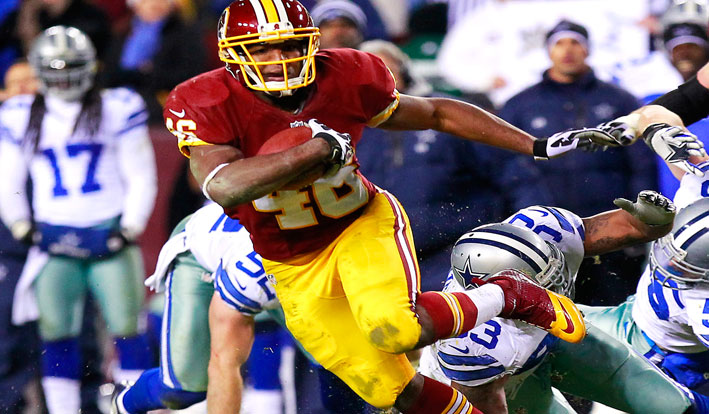 Others making the List:Oakland Raiders: Derek Carr, Amari CooperThis duo hasn’t played an official regular season game together yet, but I believe the pair are going to combine to do a lot of special things in Oakland together before they’re done.Detroit Lions: Matthew Stafford, Golden Tate, Calvin Johnson???It may sound crazy, but right now, Detroit’s dynamic duo consists of quarterback Matthew Stafford and wide receiver Golden Tate. Will Calvin Johnson turn back into ‘Megatron’ in 2015 to join this duo or will either Joique Bell or Ameer Abdullah join the aforementioned pair? Sources:Espn.go.com: http://espn.go.com/blog/dallas/cowboys/post/_/id/4740186/10-reasons-why-tony-romo-had-a-career-yearWikipedia.org: https://en.wikipedia.org/wiki/Rob_Gronkowski
Older post
Newer post