NFL News and Rumors
Falcons new head coach Dan Quinn has been a busy man in Atlanta, rearranging the pieces in the team as he tries to get his new house in order. As we prepare for a hive of activities and retake the NFL odds once the training camps begin, here are a couple of key concerns that are still existent in the Falcons camp.

What is the Way Forward for Atlanta’s Weak Pass Rush?

Coming off a season where they ranked second-worst in the NFL in pass rush, coach Quin and defensive passing game coordinator Raheem Morris have some major changes to make in the team ahead of the new season. Commendably, the Falcons have made some decent offseason player additions to strengthen their weak defense from last year. Most notable of them all is first-round pick and No. 8 overall selection Vic Beasley (outside linebacker), who signed a four-year contract worth $14.5 million deal (including an $8.8 million signing bonus.) with the Falcons. If Beasley, arguably the best pass-rusher in his draft class, can master the Quinn’s new scheme, he should be the main guy to help transform Atlanta into a reliable defensive unit.

Who Will be Atlanta’s No. 1 Running Back in Steven Jackson? 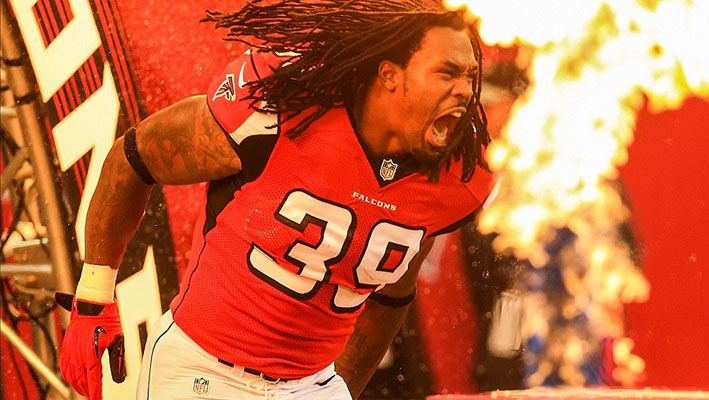 With veteran RB Steven Jackson departed from Atlanta, there have been increasing questions about who will take the lead role in the team’s backfield. Going by the offseason developments in Atlanta, Indiana rookie Tevin Coleman is a solid contender alongside veteran Antoine Smith, who is returning from a broken leg. But even with Coleman and Smith looking well-prepared for the new season, second-year player Devonta Freeman appears to be the early front-runner for the No. 1 running job, as he has been taking most of the first-team snaps during the offseason practices. We therefore believe that, come the new season, Freeman will be the Falcons’ first-choice running back.

What are Quinn’s Solutions to the Issues at Tackle? 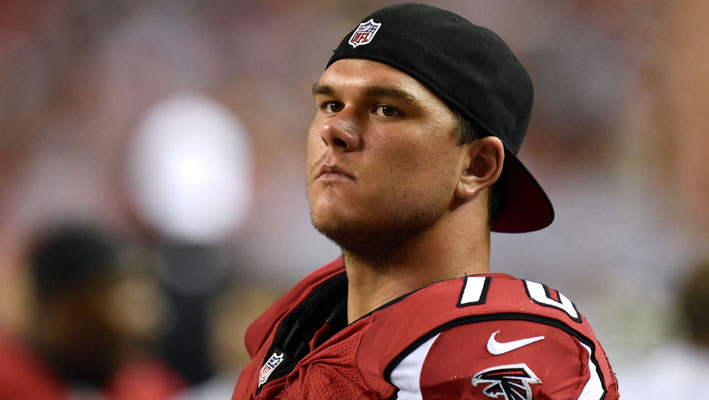 In a span of three days during the mid-June minicamp, the Falcons lost two tackles in Sam Baker (who was released by the team) and Lamar Holmes, who is out indefinitely after suffering a broken foot. Meanwhile, left tackle Jake Matthews is just coming back from foot surgery, so the team is slow to insert him into heavy playing time.With the team’s limited options, the Falcons are hoping that Tyler Polumbus (who finished out camp at left tackle) can play swing tackle and bounce from left to right when need be. Meanwhile, Ryan Schraeder, who started 14 of 26 games in the last two seasons, looks like he will graduate to become the No. 1 right tackle heading into training camp. Fortunately for Atlanta fans, Schraeder had a solid offseason. “He’s had a terrific offseason,” said Quinn. “We’re real excited about Schraeder.” Hopefully, the former undrafted player from Valdosta State who played 655 snaps last season will be able to bring value to the team once again in 2015, using his stellar run blocking abilities to help improve the new scheme. Sources:Pro-football-reference.com: http://www.pro-football-reference.com/coaches/MorrRa0.htmYahooSports.com: http://sports.yahoo.com/nba/players/3210/
Older post
Newer post