NFL News and Rumors
You will often hear athletes talk about their God-given talents, but if you look at some of them, you have to admit that having a very talented dad also helped them develop their skills. Father’s Day has just come and gone here in the US, so we thought it would be fun for NFL betting fans to do a little belated celebration by taking a look at some of the best father/son combos in football. It’s amazing enough when one kid is able to beat the odds and make it to the NFL like their father did, but what about 2 of them? Archie Manning had a solid career as a pro football QB, but it’s fair to say that both of his boys have exceeded his achievements. Eli and Peyton have three Super Bowl rings between them, and the only real surprise there is that it’s the younger of the two, Eli, who has the most. Back in the days when the Oakland Raiders were scary good, Howie Long was one of the main men in the silver and black. Like Archie Manning, Long has two sons now plying their trade in the NFL. Chris Long has been a member of the St. Louis Rams D-line since 2007, while brother Chris quit playing college ball in order to sign a pro contract with the Chicago Bears. Let’s keep it rolling with another proud dad who ended up having a pair of sons play in the pros. Don Hasselbeck made a name for himself with the Raiders when he blocked an extra point attempt in Super Bowl XVIII, which the Raiders went on to win. His sons, Matt and Tim, both played the QB position with varying degrees of success. 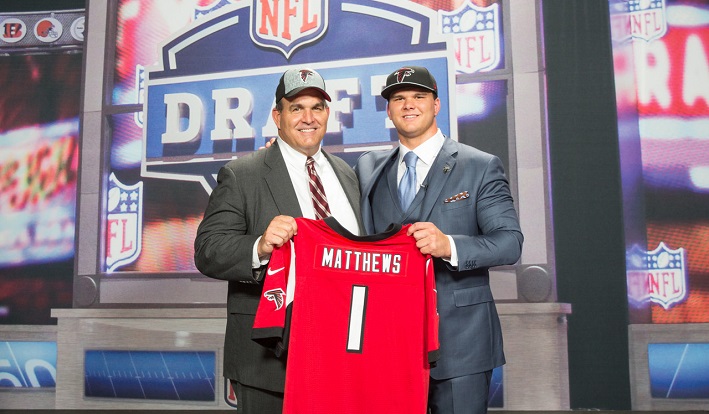 If you want to talk about a royal family in the NFL, it has to be the Matthews clan. Ancestry.com would have a hard time keeping up with all the branches that the Matthews have in the NFL. Hall of famer Bruce now has his son Jake playing with the Atlanta Falcons, while Clay Matthews has Clay III and Casey now playing in the pros. I’m sure if we check back in another 10-15 years, there will be even more of them to add to the list. Sources: wikipedia.org (https://en.wikipedia.org/wiki/Howie_Long) NFL.com (http://www.nfl.com/player/donhasselbeck/2516078/profile)
Older post
Newer post