NFL News and Rumors
With NFL training camps set to get underway in a mere matter of days, this fun-filled football breakdown on just which player will become 2015 fictional MVP winner in the AFC West will both give you some much-needed offseason entertainment, while simultaneously helping you narrow the field for your actual MVP Futures betting odds. Let’s get started with what some of these fictional odds might look like before I present my pick on which division superstar will have the most meaningful season in the AFC South this coming season. With all of this said, let’s get started.

Make no mistake about it people, Indianapolis Colts quarterback Andrew Luck is the odds-on-favorite to win the AFC South MVP award, even if he does reside in the same division as the most dominating defensive player in the game today.

Along with Seattle’s Russell Wilson, Luck is undeniably one of the top two young quarterbacks in the game today. The former Stanford superstar and No. 1 overall pick in the 2012 NFL Draft had another stellar season in 2014 by finishing third in passing (4,761 yards) while leading thee Colts’ offense to a third place finish in total offense, first in passing (305.9 ypg) and sixth in scoring (28.6 ppg). Odds-on-favorite or not, Luck will eventually need to exorcise his demons against one team in particular if he ever wants to get where he wants to go in the postseason. You see, Luck looks like a young Peyton Manning when it comes to his track record against Bill Belichick, Tom Brady and the rest of the New England Patriots. Luck has gone 0-4 so far against New England with two regular season and two playoff losses. Making matters worse is the fact that the dual-threat signal-caller has completed just 56.1 percent of his passes with four touchdowns and four interceptions against New England in the regular season while regressing to an abysmal 43.2 percent in the postseason with two touchdowns and a whopping six interceptions.

Watt had a monster season in 2014 in becoming the first player in NFL history to record two 20-plus sack seasons in a career, finishing with 20.5 just as he did in 2012. Watt forced an impressive four fumbles for the third straight season and recorded five recoveries while picking off one pass – and returning it 80 yards to the house. The two-time Defensive Player of the Year is a game-changer, but unfortunately, Watt can’t point enough points on the board to help his team’s hapless offense. 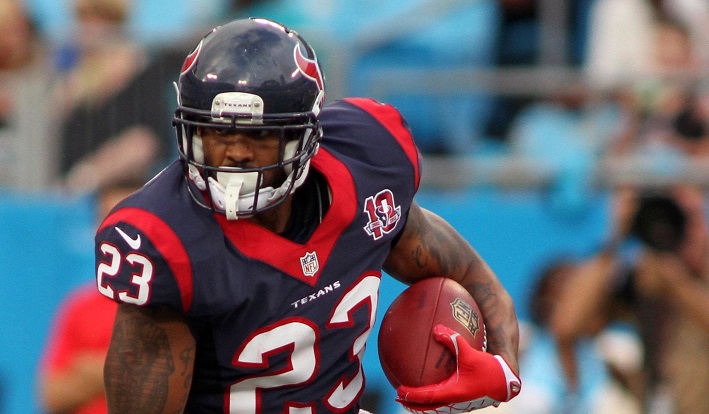 It may not seem like it but Arian Foster is still just 28-years-old. Based on what I saw in 2014 (1,246 yards), I think the two-time NFL rushing leader (2010, 2012) and four-time Pro Bowl selection is good to go as a starter for several more seasons. Now, if only the Texans can find a legitimate starting quarterback.

Frank Gore may be 32-years-old now, but I believe he’s going to have some renewed vigor in 2014 playing in the same backfield as gifted quarterback Andrew Luck. In 2014, Gore showed no signs of slowing down as he rushed for 1,106 yards while averaging 4.3 yards per carry. Gore has rushed for at least 1,000 yards in four straight seasons and eight of the last nine seasons overall. Playing in Indianapolis could both, help Gore turn back the hands of time will giving the Colts and Luck the offensive balance they’ve been since drafting their prized signal-caller first overall in the 2012 NFL Draft. Andre Johnson +800 Johnson caught 85 passes for 936 yards last season and showed some signs of slowing down a bit after racking up over 1,400 yards in each of the previous two seasons. Still, Johnson could also experience a rejuvenation of sorts playing in the same offense as Luck and opposite No.1 wide T.Y. Hilton. I wouldn’t be surprised to see Johnson top the 1000-yard mark in 2015.

Sure, Brian Hoyer led Cleveland to seven wins in 2014, but he’s absolutely nothing special if you ask me. Not only did Hoyer complete a modest 55.3 percent of his passes last season while throwing 13 interceptions against just 12 TD passes, but the six-year veteran also struggled down the stretch run of the regular season, throwing a whopping nine interceptions over his final five starts. 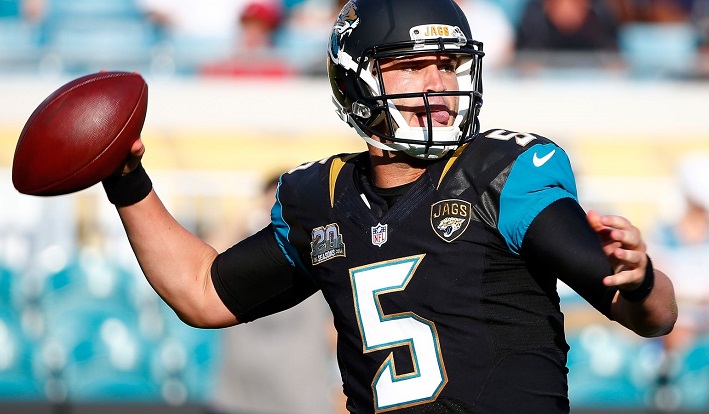 Bortles, No. 3 overall pick in the 2014 NFL Draft struggled mightily last season, but a lot of that was because of a lack of talent at the skill positions and along the offensive line. Bortles completed just 58.9 percent of his passes while throwing a discouraging 17 interceptions against just 11 touchdown passes, but I still think the former Central Florida star still has the look of a promising prospect. I like the Jaguars offseason additions and I believe Blake Bortles will take a solid step forward in his sophomore season – although I think head coach Gus Bradley could be gone by mid-season.

Sure, Marcus Mariota played in an unconventional spread offense at the University of Oregon and that many of the quarterbacks that have played in similar college offenses have struggled to make the adjustment in the NFL, but I like Mariota and I believe he’s smart enough to make it as an NFL starter for the long-term future. The 2014 Heisman winner completed at least 63.5 percent of his passes in all three of his seasons as a starter at Oregon while never tossing more than six interceptions in any season. My Pick: I’m going with the odds-on-favorite here NFL betting buffs. I think Andrew Luck and the Colts’ offense are going to benefit immensely from the additions of Gore and Johnson at the skill positions, making Luck and company as balanced – and dangerous – as any offense in the league. I believe the Colts are poised to make another serious run at bagging the AFC Conference crown in 2015 behind gifted young quarterback Andrew Luck. Sources: NFL.com (http://www.nfl.com/player/frankgore/2506404/profile) Wikipedia.org (https://en.wikipedia.org/wiki/Marcus_Mariota)
Older post
Newer post