NFL News and Rumors
In most cases, NFL betting seems to focus on the totals and the spread. However, the growth of sportsbooks on the Internet has raised the popularity of proposition betting as well. Experts in fantasy football have gotten so handy with numbers from week to week that the player proposition odds that they run into are easy to pick. Bettors who know how to select their spots and to do their weekly research can pull in profits from these bets.Prop betting can be fun as well, adding some tension to the outcome of the game. While the bets about wardrobe malfunctions during halftime shows or possible pratfalls during the national anthem are fun to play with, the proposition bets within the game are easier to research. Such items as passing yard from the quarterback to the outcome of the coin toss to the number of defensive touchdowns in the game are all possible proposition wagers.The truth is that there are many ways to maximize your profits when betting propositions. Rely on the things that you clearly know and can study rather than wasting time on the “dumb luck” propositions. The coin toss? That’s just a dumb bet. Sure, it’s a 50-50 chance that you’ll win, but it’s also a 50-50 bet to lose. But with the right research, you can push your chances well above 50 percent on proposition bets.One piece of advice is to pay attention to a particular team or division. Following the news about injuries, matchups and other items is difficult to do for more than a few teams, but becoming an expert on a handful of teams gives you a leg up when these bets come into play.Another tip with proposition bets is to analyze the spread. If a game has gotten out of hand in terms of the margin of the score, the team that’s ahead will tend to turn to the run in order to have the clock run more between plays. The team that’s behind must turn to the pass to move the ball more quickly down the field and try to score. The score at any given time dictates what teams tend to do and on how the statistics tend to turn out. 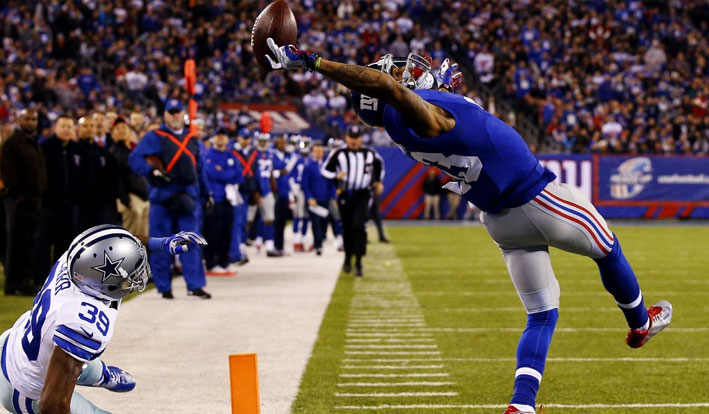 How does the spread affect this? If a team is favored by 10, its passing numbers may actually suffer because it will spend a great deal of the game running in order to milk the clock. If it’s favored by 3, the team may pass for more yards because it may need to remain competitive for more of the game. On the other hand, of course, the team favored by 10 might pile up a bunch of passing yards in the first half or three quarters before milking the clock. This is where those tendencies come into play. The Dallas Cowboys relied on the pass a lot more before DeMarco Murray emerged to become a strong runner, and now that he has become a Philadelphia Eagle, the Cowboys may have to go back to that ratio if Darren McFadden and Joseph Randle can’t provide as strong a running game.Winning proposition bets is not a way to build up money quickly. Instead, you have to look at this strategy as more of a marathon, piling up money a bit a time over the course of a long season. With the right research, week after week, you can end up with a nice pile of cash by the time the 17 weeks of the regular season and the postseason have gone by – and your ratio of winning will be much higher than 50 percent. SourcesNFL.com (http://www.nfl.com/rulebook/cointoss)ESPN.com (http://espn.go.com/nfl/player/_/id/14005/demarco-murray)
Older post
Newer post