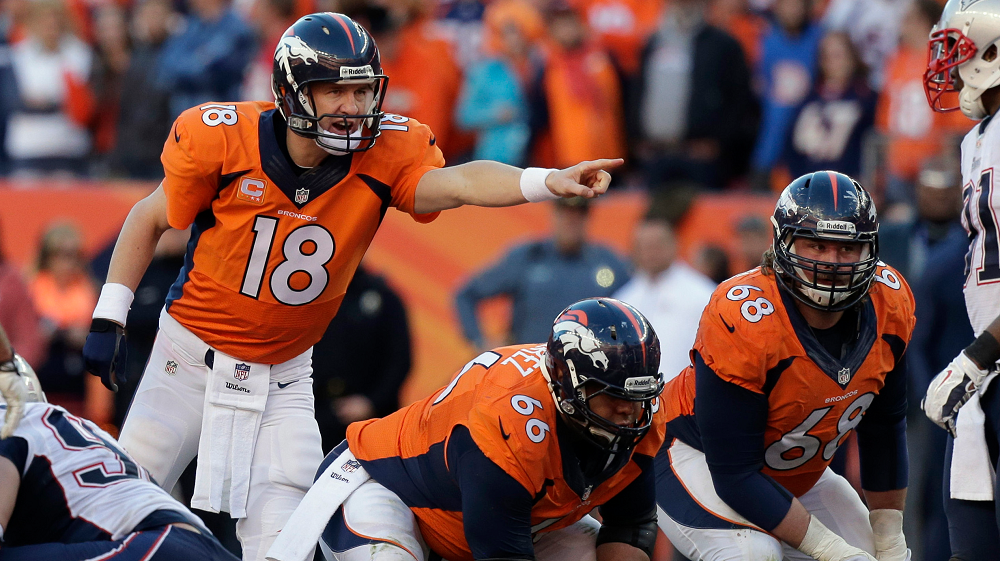 Written by Jordan Walters on January 5, 2015

NFL News and Rumors
In a later post, I will take some time to break down how I think the divisional playoff games will go this coming weekend, but for now, let’s do a little crystal ball gazing to get an idea of what each team needs to do in order to get to the Conference Championship games and review the existing football odds to win each of the conferences.

The number 2 seeded Denver Broncos have a real challenge on their hands in the form of the Indianapolis Colts. All of the talk here is sure to be on the match-up between Peyton Manning and the QB who took over from him in Indianapolis, Andrew Luck. The Colts have made it this far thanks to the brilliance of Andrew Luck, and he is going to have to pull a little more magic out of his hat if he is going to lead his team to the Promised Land.The other divisional game is intriguing to say the least, as the Baltimore Ravens head to New England to take on the number 1 seeded Patriots. This is shaping up to be like the playoffs a couple of years back when the Ravens had to hit the road all the way to the Super Bowl. They had the “playing for Ray Lewis” inspiration back then, and will need to channel something similar if they want to repeat that success.Odds to Win AFC Conference:BALTIMORE RAVENS: +500DENVER BRONCOS: +150INDIANAPOLIS COLTS: +600NEW ENGLAND PATRIOTS: -200Prediction for the AFC Championship Game: Patriots versus Broncos

The reigning champion Seattle Seahawks would appear to have the easiest path to the Conference Final, as they welcome in the Carolina Panthers. Yes, the Panthers came into the playoffs as a sub .500 team, but they have essentially been playing playoff ball for a month now. In order to have success here, though, they are going to have to rattle Russell Wilson in the same way they did Ryan Lindley in the Wild Card game. Not likely to happen.For me, the match-up of the weekend is the one that sees the Dallas Cowboys head into Green Bay to face the Packers. The home side went unbeaten at Lambeau all year, but the Cowboys were a much better team on the road than at home this season. The team that protect their QB the best in this one is likely going to book their ticket to the next round. This is still a coin flip for me at the moment, but I will make a definite prediction later in the week.Odds to Win NFC Conference:CAROLINA PANTHERS: +1000DALLAS COWBOYS: +300GREEN BAY PACKERS: EVSEATTLE SEAHAWKS: -220Prediction for the NFC Championship Game: Seahawks versus ?
Older post
Newer post