NFL News and Rumors
As we start to get closer and closer to the start of training camp, we’re continuing to hear more and more rumors from the NFL’s 32 teams. If you’re a NFL betting fan who likes to stay on top of the game, we bring you this week’s best gossip. 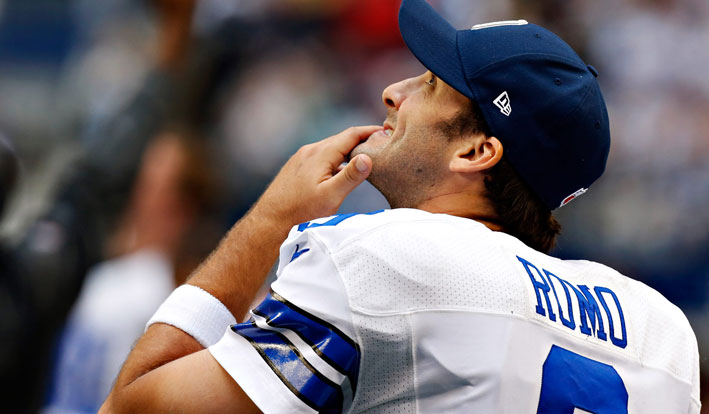 Dallas Cowboys quarterback Tony Romo has long made the news for playing basketball, soccer and golf during the offseason. However, the back procedures that Romo has had to undergo the past two years have motivated him to stop doing these hobbies so that he can stay focused on remaining in football shape. It’s pretty clear that he’s just as intensely focused on winning a title as owner Jerry Jones is. Another issue the Cowboys are facing is the replacement of running back DeMarco Murray, who famously called Philadelphia Eagles coach Chip Kelly to see if he could go up there and play for them. Currently, the Cowboys have four running backs in the locker room: Joseph Randle, Darren McFadden, Lance Dunbar and Ryan Williams. Randle should be a lock to make the team, but he has a penchant for making poor off-season decisions (getting arrested in a suburban mall for walking out with cologne and underwear and not paying, as well as making untimely comments about his teammates). It’s hard to say how well Darren McFadden will do behind a primo offensive line after struggling in Oakland. Lance Dunbar has built a reputation for making strong special teams plays, but Ryan Williams could push him out of that third running back slot. De’Anthony Thomas played mostly as a running back in 2014, although he did go out and line up at wide receiver a couple of times. His relatively small size (5’9” and 176 in 2014) has him focusing on wide receiver, and he has lost some weight in the off-season to build some speed. 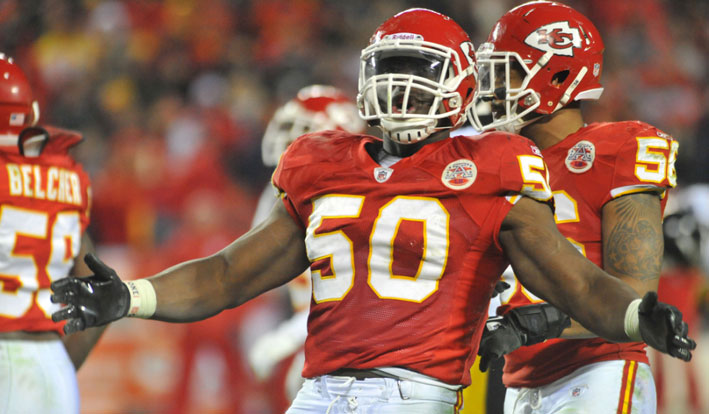 The Kansas City Chiefs have been trying to sign Justin Houston to a long-term deal. If they don’t come to terms by July 15, Houston will be the Chiefs’ franchise player – and it looks like that is where things are headed, as both sides are still a good distance apart. The team and Houston’s agent have been in talks and will continue. 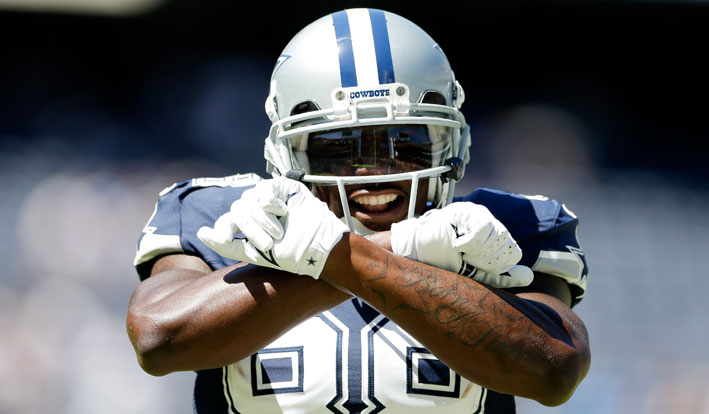 Here’s one more Cowboys tidbit – how about Dez Bryant? The star wide receiver is currently holding the franchise tag for the 2015 season. The Cowboys have a goal to sign Bryant to a long-term deal, but the sides are having a difficult time finding common ground. Cowboys executive VP Stephen Jones said that the team would “make a push at some point and see if we can make it work.” Even so, the Cowboys don’t seem ready to open the vault just yet. There may be some ongoing concerns about Bryant’s off-the-field issues, as the rules under which Bryant has to live as part of his deal with the Cowboys involves a lot of off-the-field scrutiny. Bryant has complained publicly about those rules and clearly hopes that a new deal would not include many or all of them. 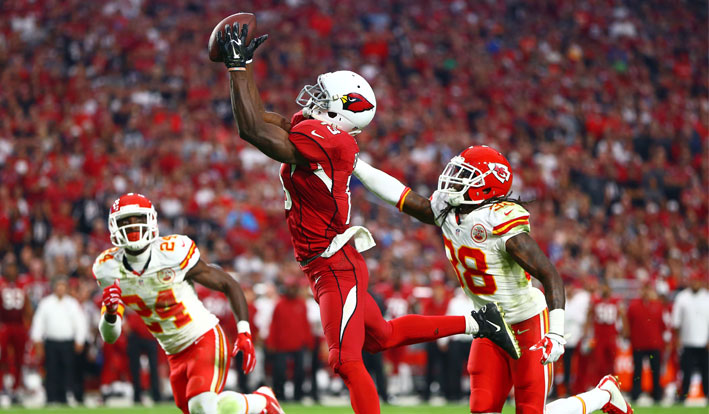 Jaron Brown fractured his left scapula about six months ago, but he’s still ready to make it to training camp on time 100 percent. His most recent X-ray showed 90 percent healing progress, and he has taken part in the OTAs with the Arizona Cardinals. When the Falcons picked up free agent Jacob Tamme, they were excited about his contributions at the tight end position – and rightly so. In OTAs, Tamme has stood out more than any other in the OTAs so far. He has a two-year deal with the Falcons, and local reporters in Atlanta have already identified him from drills as a real game-changer.   Sources:  http://www.nfl.com/player/tonyromo/2505354/profile http://espn.go.com/nfl/player/_/id/13215/dez-bryant
Older post
Newer post