NFL News and Rumors
One of the reasons why the NFL is a great sport is it’s unpredictable. At one point, a team may look like they will have it easy through to the championship, only for them to flop, as some underestimated team surprisingly prospers. This is also true for players, as not all those who are regarded highly live to expectations. 2014, just like the seasons before it, came with its share of player disappointments, and as a way of cautiously preparing for the new football betting season, here are some star NFL players that failed to live up to the expectations about them.

Talk of three straight NFC championship appearances, one super bowl appearance, and the ability to use his arms in an extraordinary manner, Kaepernick seemed to have sealed his place as he ascended to greatness. What he could do with his legs was a commodity too, so good he was that people thought the next generation of great quarterbacks was here. Then came the downward trend in 2014, as his speed slowed down and his tendency to lead his team to wins also waned. His struggles were evidenced by his reduced stats in a variety of categories, including touchdown passes and pass completion percentage.

In two out of his previous three seasons before 2014, Reggie Bush posted two 1,000-yard seasons and 986 yards in the third one. In 2013 he was so good that he had 1,500-plus total yards. Then came 2014, the year his injuries returned and his good form jumped out of the window. For the entire 2014 season, he only managed 278 rushing yards and 231 receiving yards, making him a mockery of his once dominant self. At 30 years old, and after a brief career revival, it is worrying that Bush seems to have fallen back to the disappointing category he was in before, so he’ll have a lot to prove in 2015.

Dalton’s start to the 2014 season was epic, and the $96 million contract extension was a dream come true. After a 3-0 start, we thought we might see one of the best Bengal seasons. But after that, he looks more of a shadow of what he should be. In terms of passing, he was lagging behind the likes of Mark Sanchez, Austin Davis, Zach Mettenberger and Mike Glennon as the end of the season drew near. By the end of the season, he had a total of 23 touchdowns, nothing near his previous achievements, and he failed to lead the Bengals to a win for the fourth year in a row, summing up another disappointing season for him.

Over the previous five seasons before 2014, Davis had pitched himself as one of the most lethal pass-catching weapons in the league. In 2013, his stats were impressive at 850 receiving yards at 16.3 yards per catch and 13 touchdowns. His impressive season saw him ranked at number 38 in the top 100 that year. A year later, he had dropped to number 51 as he was a non-factor in the 49ers passing offense. His knee and a back injury also added to his poor performances, as he could only totaled 236 yards and 2 touchdowns. 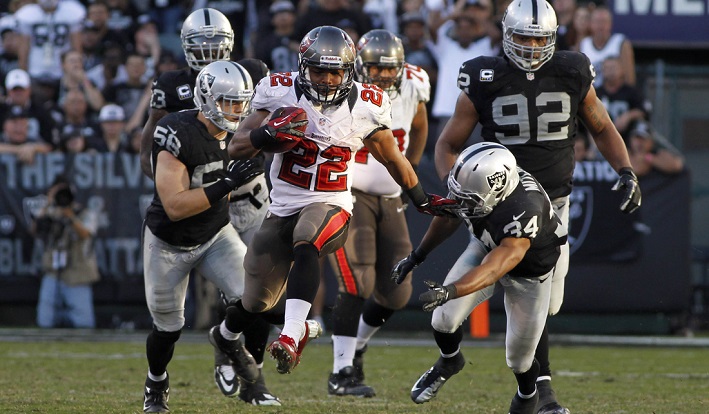 After totaling 1,454 yards and 11 touchdowns as a rookie in 2013, last season came with massive disappointments for Martin. Featuring in 10 games, and not starting all of them, Martin averaged 3.4 yards per carry. Part of the reason Tampa Bay struggled offensively was his struggles. If the Bucs are to become better this season, Doug Martin will need to re-find his form and stay healthy.

For someone who was meant to be among the greatest receivers after being drafted highly in 2009, Crabtree’s performance so far has been average, at best. His limited abilities as a possession receiver have also made it difficult for him to become efficient, something that will need to change if he is to resuscitate his career.Sources:NFL.com (http://www.nfl.com/player/reggiebush/2506874/profile)Sports.Yahoo.com (http://sports.yahoo.com/nfl/players/25741/)
Older post
Newer post