NFL News and Rumors
There was a lot of hype going into the 2015 NFL draft, as there is every year. Now that we have played three preseason weeks, we have more insight as to how ready these players might be for NFL lines action. Some rookies have received more time than others. For example, Jameis Winston and Marcus Mariota – the top two overall picks – got a lot of time in Week 1 and have continued to play significantly. Let’s look at how some of the top rookies are doing so far. 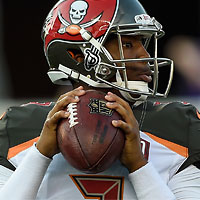 (QB, Tampa Bay Buccaneers)Winston’s preseason opener was against the Minnesota Vikings, and he only completed 9 of 19 passes, throwing an interception. However, there were some impressive points. He threw a 40-yard completion to Vincent Jackson. He also galloped for 18 yards on four carries, including an eight-yard jaunt that ended when he dove over Minnesota cornerback Jabari Price at the goal line. Even the interception wasn’t completely Winston’s fault, as it looked like Bucs receiver Mike Evans was being held on the play. However, accuracy was an issue for the former Seminole, as some of his passes looked like they lacked a clear target. He didn’t get a lot of help from his offensive line, though, which is an inexperienced group that will go through some hiccups. Winston will need to make decisions and release the ball faster with this crew. 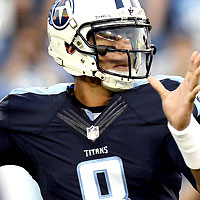 (QB, Tennessee Titans)Mariota got a lot of hype for going through 11 consecutive practices without tossing an interception. However, it only took one series of preseason play for that pick to take place, as Mariota tried to toss a screen pass to Bishop Sankey from his back foot. Falcons linebacker Justin Durant took advantage and swiped the ball out of the air. Mariota’s second series didn’t go any better, as Atlanta defensive tackle Jonathan Babineaux nailed Mariota, forcing a fumble that linebacker Paul Worrilow would scoop up and return for a touchdown. However, his third series was impressive. He had five straight completions for a total of 78 yards as the Titans completed a 90-yard scoring drive. All told, he went 7 for 8 with 94 yards. His only incompletion was that pick. He can throw the ball deep and with some touch. 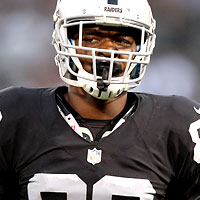 (WR, Oakland Raiders)Cooper hauled in three balls and had a carry in the first drive of the Oakland preseason, as it became clear that the Raiders plan to lean heavily on Cooper on offense this year. He caught a 12-yard pass on a sharp curl route and then a nice sideline comeback for eight yards. He also ran a fly sweep toss, getting stopped after three yards but showing that versatility that the Raiders will need this year. Derek Carr‘s last pass of that first game showed a little miscommunication, as Cooper was making a double move to the end zone but Carr thought Cooper would come back to the football. Carr tried to shoehorn the ball into double coverage, but the Rams picked off the ball. His blocking needs a little seasoning, particularly on screen passes, but so far this is a bright star for the Raiders.
SourcesFoxSports.com (http://www.foxsports.com/nfl/story/tennessee-titans-marcus-mariota-no-interceptions-training-camp-080715)ESPN.com (http://espn.go.com/nfl/player/stats/_/id/16757/derek-carr)
Older post
Newer post