NFL News and Rumors
The Chicago Bears have been with Jay Cutler since 2009, having some great moments along the way. However, last season did not go as NFL betting fans hoped for, finishing the season on an underwhelming 5-11 mark. As a crucial reason for their poor showing in the NFL, Cutler had a shifty season, barely giving his team a chance to succeed consistently.

Cutler and His Roller Coaster 2014 Season

Cutler’s 2014 season was a maddening roller coaster, as he would shine in one game then dim in the other. For example, the Bears started the season shakily, losing the opener against the Buffalo Bills. In that game, Cutler threw for two touchdowns, an interceptions and 349 yards. The team then improved in the next two games against the San Francisco 49ers and New York Jets. Against the 49ers, he threw four touchdowns passes, while against the Jets his tally was 225 passing yards, two touchdowns and no interceptions.

Soon after that, he went against the Atlanta Falcons, where he had a career-high 381 passing yards en route to a 27-13 win by Chicago. This was immediately followed by two loses to the Packers and the Patriots. In the two matches, the Bears were utterly annihilated, getting outscored by a total margin of 106-37, with Cutler facing huge criticism for his dismal performance in both games. The rest of the season continued in the same trend, culminating in generally average season for him and a subpar performance for the team. 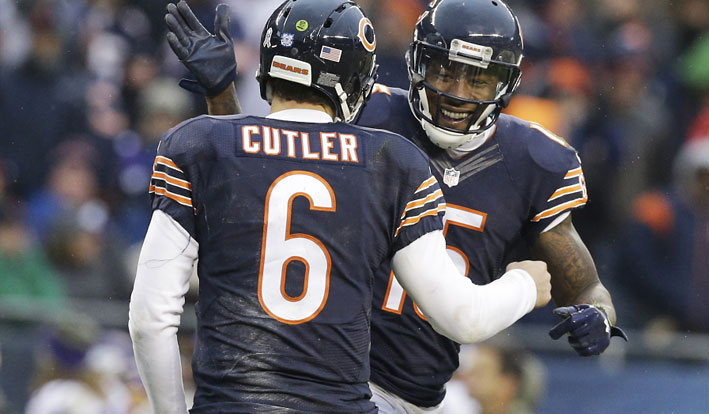 Tell-tale signs of Regression in 2013 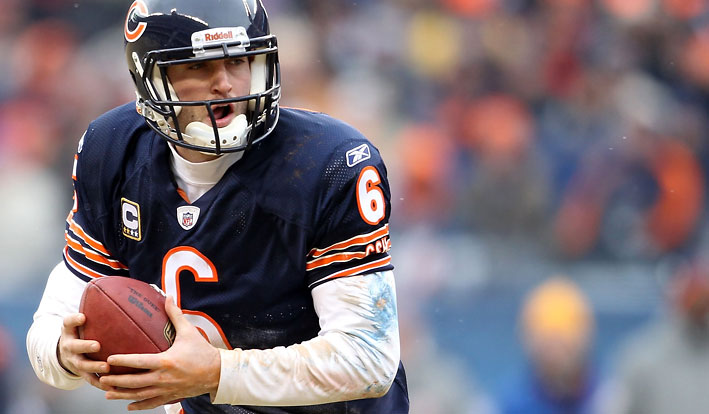 Before signing a new contract in January 2014, Cutler endured an average season with the Bears, a clear indication that his game (which had previously been above average) was on a decline. That season (2013), he became the most sacked player in the history of the NFL, eclipsing Jim Harbaugh’s record. He also suffered two injuries that made things even tougher for him. A torn groin muscle ruled him out for four weeks, and when he came back, he suffered an ankle injury against the Lions that kept him out for another four weeks. While he was out, Josh McCown took his place giving a better display, which caused a storm when Cutler was reinstated, as most people felt that McCown needed more playing time that Cutler. 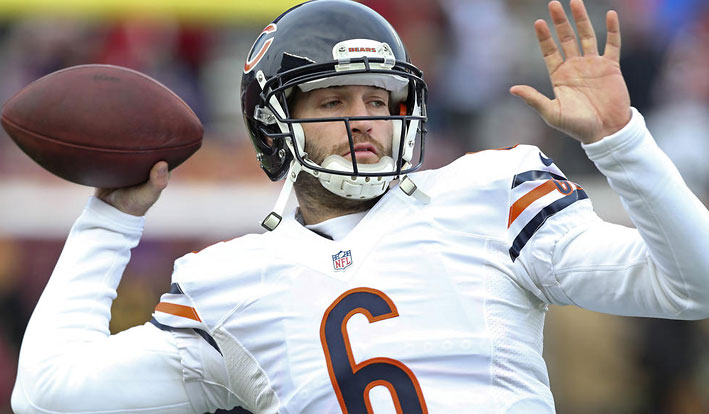 After the tell-tale signs in 2013, Cutler went on to have an erratic season, as has already been glimpsed. His passing accuracy improved, as he completed a career-best mark of 66.0 percent, but with that, he collected 18 interceptions, 12 fumbles, 3,812 yards and 28 TDs, which resultantly dragged down his QBR to 52.8 and a passer rating 88.6. After such an iffy performance, what can we expect for the QB who is entering his 10th season in the NFL?

What to Expect in Cutler’s Make or Break 2015 Season 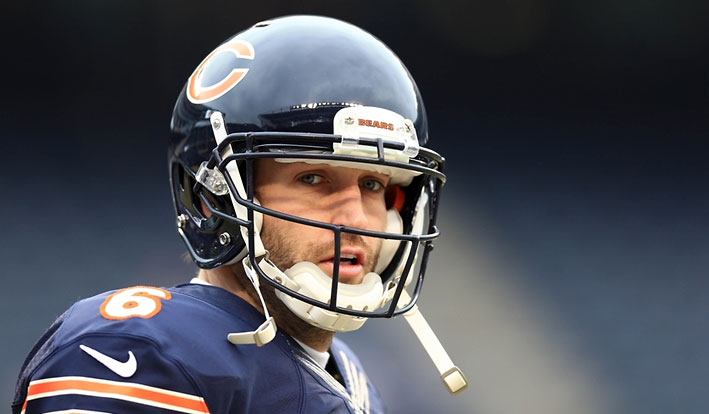 After two seasons of under performance, Cutler will definitely be among the players playing for their jobs. If the Bears are to hang on to him in the coming years as their leading quarterback, then he needs to improve his game. If he will have another bad season, the fans, who are already neck-high with disgust, are likely to throw him up and forced the managers to change guard at the QB position. At the age of 32, many opportunities like the one has with the Bears in 2015 won’t come easily, so he needs to take advantage of the 2015 season to prove the worth that he’s already shown previously in his career. If he takes advantage of his experience and skills, Cutler and the Bears should be good for at least 7 wins in 2015, with the possibility of even better achievements. That will however depend greatly on how he approaches the season and the kind of support he’ll be getting from his teammates. Sources ESPN.com (http://espn.go.com/nfl/player/_/id/9597/jay-cutler) ClevelandBrowns.com (http://www.clevelandbrowns.com/news/article-5/Josh-McCown-Johnny-Manziel-deliver-on-‘fun-night’-for-Browns-QBs/5940337a-64a5-4ef0-b725-5c836817a396)
Older post
Newer post