The Atlanta Falcons’ NFL lines are heading in a new direction under former Seattle Seahawks defensive coordinator Dan Quinn after perennially coming up short under former head coach Mike Smith. Now, the pressure is on both, Quinn and franchise quarterback Matt Ryan to right a ship gone woefully off course over the last two seasons.Thanks to this preview on Quinn, Ryan and the rest of the former ‘Dirty Birds’ you’re going to have a great idea of just how far the Falcons can go in their chances of cashing in on their Super Bowl Futures Odds. 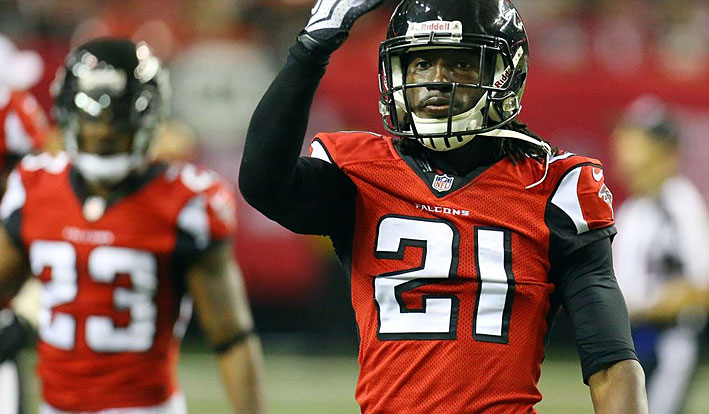 Even in the midst of all of their troubles last season, the Falcons (6-10 SU, 7-9 ATS, 6-10 O/U) had their share of good news with the team’s offense still being one of the better units in the league.The Falcons finished eighth in total offense, including a stellar fifth in passing as still-gifted quarterback Matt Ryan finished fifth in passing yards (4,694) and wide receivers, Julio Jones and Roddy White both had solid campaigns.White finished the season ranked 31st in receiving yards (921) despite missing two games and battling injuries all season long. Jones finished third in receptions and receiving yards with 104 receptions for a whopping 1,593 yards while earning the Falcons’ only pro Bowl berth.

Person on blocking for QB Matt Ryan: Who wouldn't want to? The guy is an amazing quarterback. #RiseUp 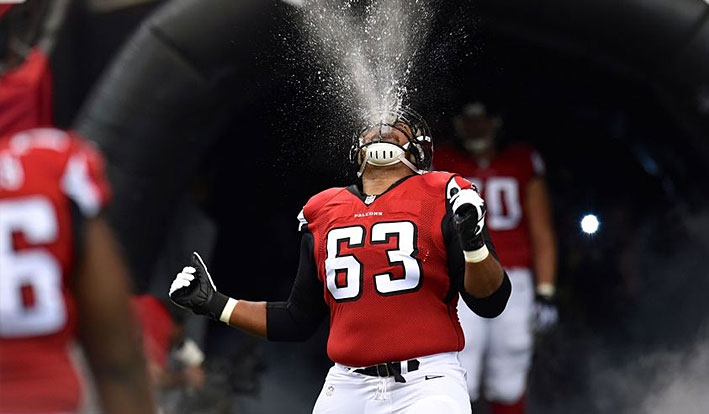 There was also plenty of bad for Atlanta last season, though most of it came on the defensive side of the ball-as usual.Atlanta did finish a dismal 24th in rushing, but the team’s defense was absolutely abysmal. The Falcons finished dead last in total defense (398.2 ypg) and dead last against the pass, allowing a whopping 279.9 passing yards per game.Atlanta was slightly better against the run as they finished 21st, but the once beloved Dirty Birds still gave up 26.1 points per game to finish 27th.

The Falcons pass defense was almost non-existent last season with their defensive backs getting routinely toasted each and every week.Let’s take a look at Washington’s offensive statistics from this past season. 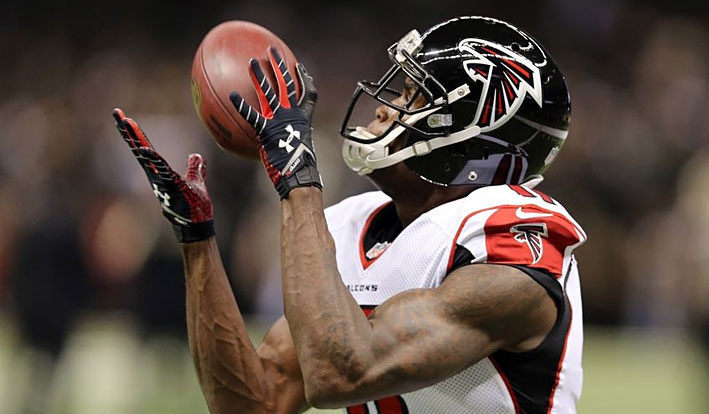 I suspect that cornerback Desmond Trufant will be the only returning starter from a unit that lacks size and ability. I suspect Dan Quinn will bring in some big, physical corners like the ones he had in Seattle while replacing safeties, Kemal Ishmael and Dwight Lowery. No starter in this unit is taller than the six-foot Trufant and that’s not going to cut it in today’s NFL.

Right end Jason Babineaux looks like he’ll be the only returning starter out of this group, particularly seeing as how both, Tyson Jackson and Paul Solali both failed to perform with any consistency whatsoever last season. 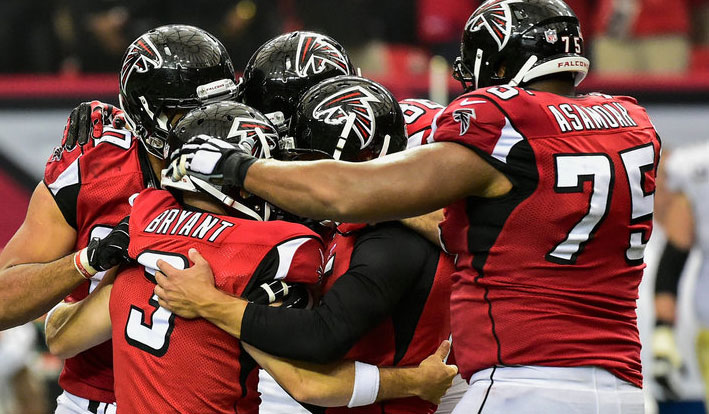 Offensive LineAtlanta needs to upgrade its offensive line immediately in an effort to both, improve its rushing attack and keep their new franchise signal-caller upright and healthy.

The Falcons got a team-high 707 yards from aging veteran Steven Jackson, but he’s on his last legs and likely won’t be back in 2015. Even if Jackson returns, the Falcons need to improve their depth with no other back on the roster topping the 250-yard mark. 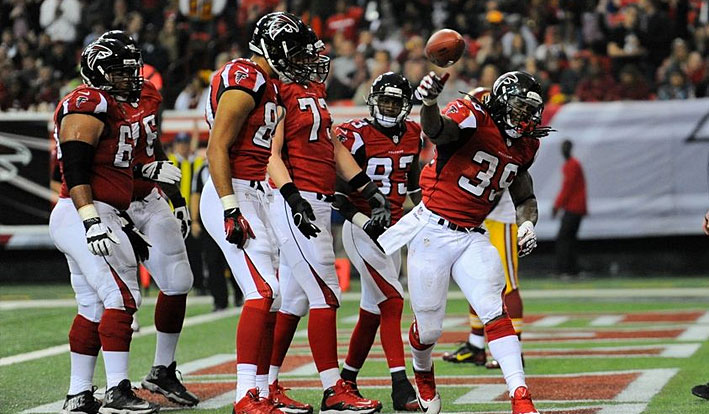 The Falcons have the eighth overall pick in the draft and new head coach Dan Quinn already has a relationship with Florida defensive end/linebacker Dante Fowler. I’m just saying…seems like a good fit to me.

The Falcons may be coming off their second straight losing season, but I’m going on record right now to say that the Falcons could be one of the surprise teams in the league in 2015 if all goes according to plan.First and foremost, Atlanta still has an elite quarterback in Matt Ryan and that alone means they should be in a lot of games that other teams with lesser signal-callers wouldn’t. 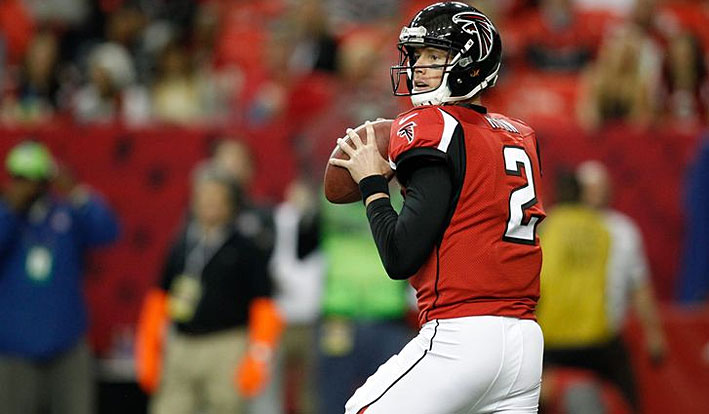 I also like Atlanta’s hiring of Dan Quinn, the former Seahawks defensive coordinator and I believe he is going to help the Falcons improve almost immediately on that side of the ball. I like the Falcons to upgrade their defense and improve their running back situation via the draft and free agency.I also like Atlanta’s addition of offensive coordinator Kyle Shanahan and I believe his creativity will allow the Falcons to be more efficient on offense. I’m not sure that second-year running back Devonta Freeman is ready to take over as the as featured back, but I think Atlanta can add a veteran or two in free agency, seeing as how they’re likely to part ways with the elusive Jacquizz Rodgers.In addition to having an elite quarterback to lead them, the best thing about the Falcons 2015 campaign is that it’s been computed to be the easiest schedule in the league next season. The Falcons will face a collection of teams that combined to go just 104-150-2 this past season (.409). 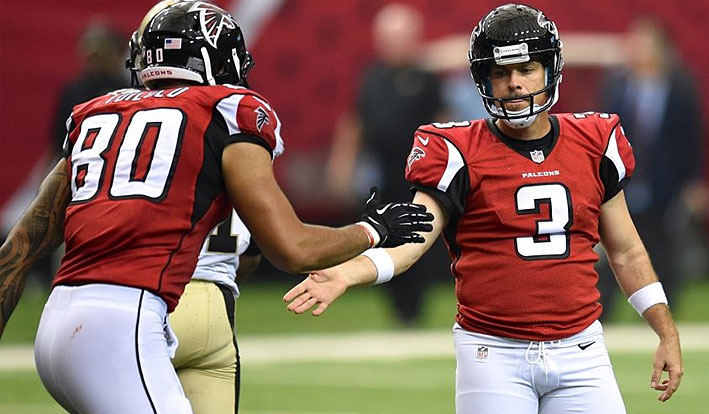 I’m going on record right now to say that Atlanta will win at least eight games in 2015 while compiling a winning ATS record and challenging for a division title and NFC Wild Card berth.