NFL News and Rumors
Chip Kelly is a familiar name in the NFL and college football, having coached several teams since 1990. He is currently serving as a head coach and a general manager for the Philadelphia Eagles, a position he has held since 2013. He formerly served as the head coach at the Oregon University from 2009 to 2012. During his tenure at Oregon, Kelly won three consecutive outright conference titles with Oregon (2009-2011) and did what the coaches before him failed to do, turning the Ducks from a good program into an elite football powerhouse.With the Eagles, the story has been the same, leading the team to back-to-back double-digit win seasons in his first two years. Lately, however, Kelly has been in the headlines for mixed reasons, following strange transfers in the offseason. He mercilessly got rid of some talented players who were doing pretty well in Philly, and in exchange, he’s brought in a group of talented—but iffy—players, leaving everyone guessing what will become of the Eagles in the 2015 NFL odds. Below is a look at some of the changes and how it could impact the team, particularly in the odds to win the NFC East title in 2015.

“We don’t play for recognition. We just play the game because we love what we do.” #MondayMotivation pic.twitter.com/YyEztcj3ZN

Nick Foles Out, Sam Bradford InFoles struggled last season and made it obvious that his 2013 performance was probably a fluke. He went down from 27 TDs to 13 TDs and up from two interceptions to 10 in 2014/15, while his passer rating dropped from 119.2 to 81.4. According to Kelly, Foles did not have enough talent for the Eagles offense, and Bradford seemed a more suitable replacement for the departed QB. Given that Bradford has missed 31 of a possible 64 starts over the last four seasons due to injury, his efficiency will greatly depend on his ability to stay healthy and give consistently good performances. The good news is that Kelly has previously managed to bring out some career-best performances from players such as Foles, Mark Sanchez and Michael Vick. It is therefore possible that Bradford could start to touch some of his unearthed potential this season and lead the Eagles to higher success. If not, Sanchez and Tim Tebow should be able to minimize the damage as serviceable backups.LeSean McCoy Out, DeMarco Murray and Ryan Mathews InThe Eagles sent McCoy to Buffalo during the free agency despite leading the NFL in rushing in 2013 and was still among the best in 2014. Murray comes in from Cowboys and is definitely a good addition, considering led the league in rushing last season, including 449 regular season touches and 48 more in the playoffs. By collaborating with Mathews and Darren Sproles, Murray will have an opportunity to become even better in one of the league’s most formidable offensive backfields. Although Murray is not necessarily better than McCoy, Kelly feels he might suit his current game plan together with Mathews and improve the Eagles overall running game.Jeremy Maclin Out, Nelson Agholor and Miles Austin InIt is sad to state that Maclin was a free agent in 2014, but after tearing his ACL the year before, the Eagles re-signed him to a cheap one-year contract. To his credit, he proved worthy and priced his way out to the Chiefs for a better fee. The players who made their way in as his replacements are not bad either. With Jordan Matthews, Miles Austin and Riley Cooper now leading the receiving corps, the Eagles will not be short of experienced receivers. For example, Cooper had 835 yards with 8 TDs in 2013 while Mathews had 872 yards with 8 TDs as a rookie last season. 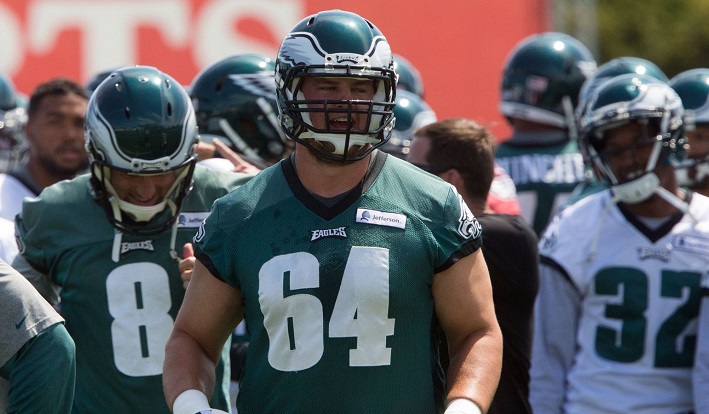 Trent Cole, Out, Kiko Alonso InCole could not understand the reason why Kelly traded him away plus a bunch of other veterans. He is approaching 33, and cannot be the best rusher he used to be a few years ago. Meanwhile, Alonso missed all of last season for Buffalo due to injury, but played for Kelly at Oregon and he was cheaper than Cole. Moreover, Alonso won the 2013 PFWA defensive rookie of the year award, convincing Kelly that he would enjoy better defensive performance from him.Final ObservationsEven though a better QB is important for any franchise, it is hard to tell whether Bradford will surpass Foles at Philadelphia. If Bradford stays healthy and fit, he could prove under Kelly that he is the missing piece in the Eagles’ offense. However, Kelly did not just overhaul the team to compete against the Giants, Redskins and Cowboys in the NFC East. Perhaps he focused on major success, particularly in the playoffs, and going by the better defense and stronger running game, it all looks well set (on paper) for a bigger season for the team. Needless to say, the Eagles will only manage to fly as high as the QBs take them, so all the hope in Kelly and the team will be largely dependent on Bradford and his backups.Sources:ESPN.go.com (http://espn.go.com/nfl/player/_/id/13200/tim-tebow)NFL.com (http://www.nfl.com/player/rileycooper/497282/profile)
Older post
Newer post