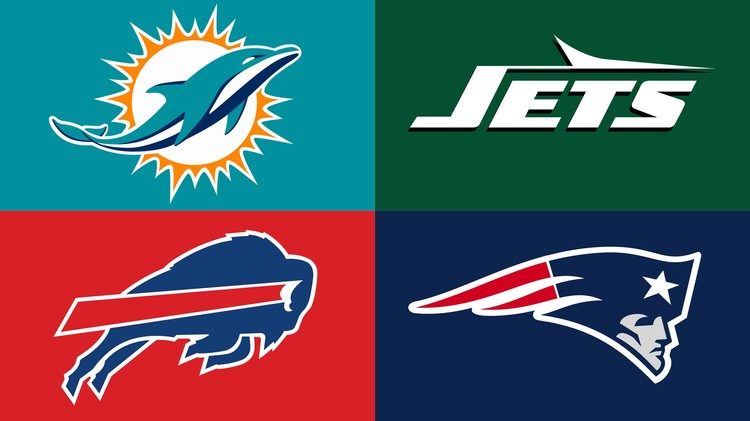 NFL News and Rumors
While there are no odds – nor an actually award for winning an NFL division MVP – if those odds did exist, I know who would actually win the fictional crown in the AFC East – and thanks to this fun-filled NFL betting odds feature, you will too. First, let’s take a look at what some of these fictional odds might look like before I offer up my pick on which division superstar would actually bring home the bacon. The good news for pro football bettors across the globe is that you can take the MVP award knowledge that you get from this article and use it when you’re making your actual 2015 NFL MVP Futures Odds wagers. With all of this said, let’s get started. Fictional AFC East Division MVP Odds 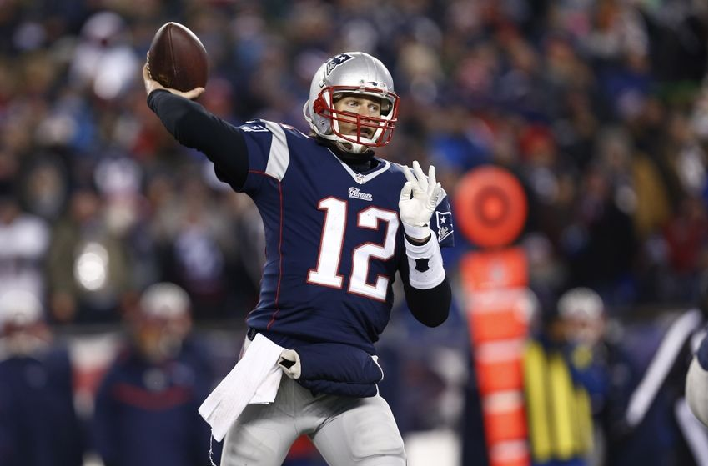 When it comes to New England Patriots quarterback Tom Brady, I don’t need to throw out a whole bunch of statistics to let anyone know that he’s the odds-on-favorite to win the AC East divisional MVP award – and likely always will be until he decides to hang up his cleats. Brady finished 10th in passing yards last season (4,109) but was virtually flawless in leading the Pats throughout the AFC portion of the playoffs before helping the Pats pull off the stunning Super Bowl win over Seattle. With just the 22nd toughest schedule in the league in 2015, I say Brady will have a great opportunity to cash in as the likely division MVP even if he’s forced to sit out the first four games of the season because of his role in Deflategate. 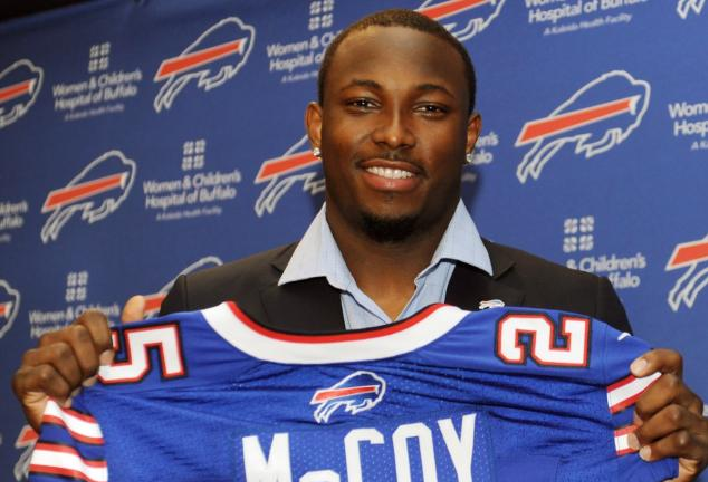 McCoy figures to get tons of carries in new head coach Rex Ryan’s ground-and-pound offense and if the Bills reach the double-digit win mark they narrowly missed out on a year ago, LeSean McCoy will likely get the lion’s share of national media attention. 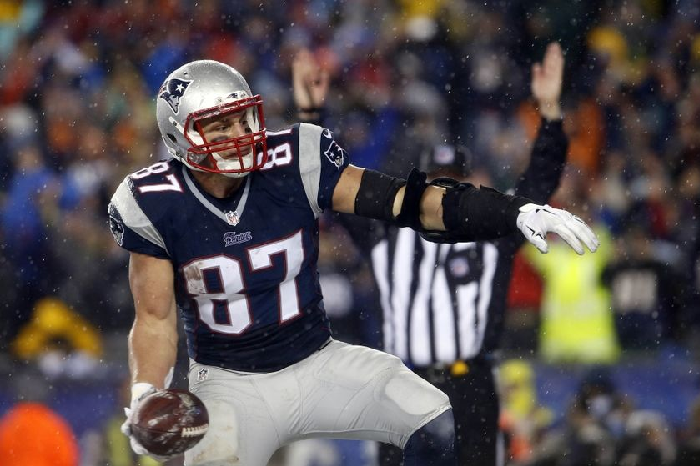 Rob Gronkowski finished 15th in receiving yards last season (1,124) and 13th in touchdowns scored (12). If Gronk has another one of those special seasons – while carrying New England in Tom Brady’s likely early-season absence, then the loveable tight end could surprise here. 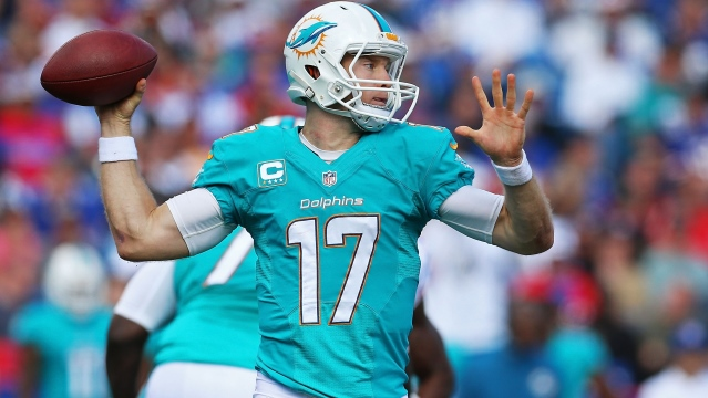 In the case of Miami Dolphins quarterback Ryan Tannehill, I think the Fins may have overpaid the former Texas A&M signal-caller, who, in my estimation, has been nothing special since being drafted eighth overall in 2012. Yes, Tannehill is coming off his best season so far and he does have a pair of new weapons to throw to in tight end Cameron Jordan and rookie wide receiver DeVante Parker. Still, I’d say Tannehill’s chances of winning the AFC East MVP award are slim at best. 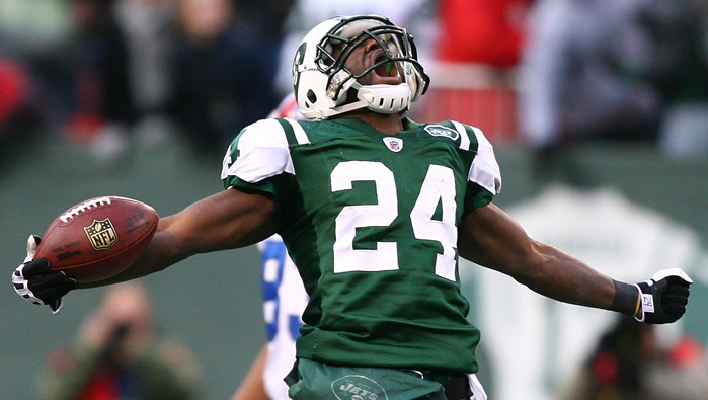 Veteran cornerback Darrelle Revis may not be the same player he was a few seasons ago, but he’s still pretty damned good and can shut down almost every wide receiver in the league. While I am expecting Revis’ presence to help the Jets form an elite defense under new head coach Todd Bowles, it’s really hard for a cornerback to impact a team as much as a player that has the ball in their hands far more often. In essence, Revis could be more important to the Jets than any other player is to their respective team, but he won’t win the division MVP award – unless he can play both ways and double as a replacement for pitiful starting quarterback Geno Smith.

I know it’s easily possible that future Hall of Fame quarterback Tom Brady could miss a handful of games to start the season – and still win the fictional division MVP award, but I’m going with LeSean McCoy to bring home the bacon and bag the AFC East MVP award. McCoy is going to get a ton of carries in Rex Ryan’s run-first offense and I believe he will lead the NFL in rushing in 2015 while helping Buffalo reach the postseason for the first time since Thomas Edison invented the light bulb (okay, it hasn’t been that long, but you get the idea). McCoy can run it outside or in between the tackles, (though h doesn’t get credit) and can make would-be tacklers miss as well as any running back in the game today. You heard it here first mybookie.ag NFL faithful, for the first time in ages, Tom Brady will not be the No. 1 player in the AFC East!   Sources: NFL.com: http://www.nfl.com/news/story/0ap3000000501372/article/tom-brady-predicted-big-super-bowl-game-for-vereen Sun-Sentinel.com: http://www.sun-sentinel.com/sports/miami-dolphins/sfl-dolphins-training-camp-preview-quarterback-20150726-story.html NewYork.CBSlocal.com: http://newyork.cbslocal.com/2015/03/12/darrelle-revis-on-return-to-jets-this-is-where-my-heart-is/
Older post
Newer post