NFL News and Rumors
If you think that buying a lottery ticket is a shot in the dark, then you have an idea about how the NFL odds for the draft works. It’s true that scouts spend a lot of time looking at the various players coming out of college, and that teams spend countless hours assembling a draft board that tells them which of the remaining players is likely to be the best overall player, and which is likely to fulfill a need that that particular team has. Of course, all it takes is a freak injury, an injury off the field or a player who simply doesn’t fit well into a particular scheme that converts a blue-chip prospect into a wasted pick. 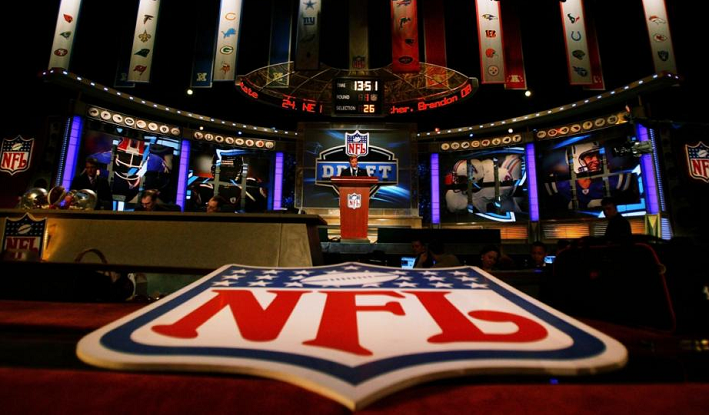 Teams are more cautious about off-the-field issues now than they have been in the past. The hefty suspensions levied against Ray Rice, Adrian Peterson and Greg Hardy show that the league is taking a bigger interest in players’ personal conduct away from the field. This is one reason why LSU offensive lineman La’el Collins fell all the way out of the draft. He had been projected as a first-round pick, but he tried to pull his name out of the draft a day or two before, because Louisiana police wanted to question him about an incident involving his ex-girlfriend. The NFL refused to let him out of the draft, but no one picked him. The police later announced that Collins was not a suspect in the incident, and the Dallas Cowboys swooped in and signed him to a free-agent deal, getting a first-round talent at a real discount because of the timing of his potential legal problems. Based on the draft, though, there are several teams that have really improved their position going into 2015. Let’s look at some of the big winners.

What About Minnesota Vikings’ Picks?

Players selected: Trae Waynes (CB), Eric Kendricks (LB), Danielle Hunter (DE), T.J. Clemmings (OT), MyCole Pruitt (TE), Stefon Diggs (WR), Tyrus Thompson (OT), B.J. Dubose (DE), Austin Shepherd (OT) and Edmond Robinson (LB).Two of the biggest steals in the draft came the Vikings’ way, in the form of Kendricks and Clemmings. Kendrick can play right away during all three downs. He had fallen because he’s a little small for a traditional linebacker. However, one trend in recent years has been to favor size over skill at the position, but Kendricks should be able to make people pay. Clemmings fell through the draft because he had a stress fracture prior to the draft, but he should heal up nicely.

How did the Atlanta Falcons Roster Improve?

Players selected: Vic Beasley (LB), Jalen Collins (CB), Tevin Coleman (RB), Justin Hardy (WR), Grady Jarrett (DT), Jake Rodgers (OT), Akeem King (DB).The top of the draft featured some shifting, and Vic Beasley – the draft’s very best pass rusher – fell to them. Atlanta has long needed some results out of their pass rush, and Beasley could be the start of major changes in the defense. Collins was rated as the best cornerback in the draft by Sports Illustrated, so this is a draft that could add some steel to the Falcon’s defense. When Jarrett was still around in the fifth round, he was considered a real steal when the Falcons got him. Hardy and Coleman do add some bench depth at the skill positions that can end up hampering a team when injuries come. The only remaining need that the Falcons feature is tight end, but there really weren’t any blue-chip tight ends in the draft. The Falcons will probably roll with what they have at that position unless someone with real skills falls into the free agent pool.Sources:NFL: http://www.nfl.com/teams/dallascowboys/roster?team=DALCBS Sports: http://www.cbssports.com/nfl/draft/players/1737270/tj-clemmings
Older post
Newer post