NFL News and Rumors
Thanks to the No. 1 overall pick of Andrew Luck in the 2012 season, the Indianapolis Colts have not only restored the glory and success in the team that was synonymous to Indianapolis in the Peyton Manning era, but they’ve also become perennial postseason contenders, constantly growing from strength to strength with every passing year.In the 2014-15 season, the Colts made a lot of positive strides, finishing the regular season with an 11-5 record, which included a 6-2 home record and a 5-3 road record that saw them pay bettors on the odds to win the AFC South title as well as the OVER season win total lines, as Indianapolis had been pegged for 9.5 wins by the Oddsmakers. During the 2015 playoffs, the Colts had an impressive run, with Luck leading the team to a win over the highly-favored Broncos in the divisional round, before losing controversially to the Patriots in the conference title game. It therefore comes as no surprise that the Colts, comfortable winners of the last two AFC South titles in a row, are strongly favored in the NFL odds to win the 2015-16 AFC South title as well as the NFL odds to win the 2015-16 AFC Conference title.As we continue to wait and prepare for the upcoming NFL season, here is a brief look at the Colts and the value they are likely to offer in the 2015 NFL odds, including free picks for bettors interested in wagering on the early lines.

The Colts Own the AFC South!!!

Houston, Tennessee and Jacksonville fans will probably hate reading this, but the bottom line is that, as long as Luck is Indianapolis, then the AFC South title will always be going to the Colts, unless the trio finds a way of formidably fixing their quarterback woes.After recording a perfect 6-0 sweep against the AFC South opponents in 2013, the Colts were at it again in 2014, going 6-0 in the division. And it has not just been the last two years, as the Colts have gone 16-2 in the three years since Luck signed for the Colts in 2012, with the only losses in the QB’s three-year reign coming against Jacksonville (a 22-17 home loss) and Houston (a 29-17 road loss) in his rookie year.And by looking at the offseason developments in all the four teams, it is a no-brainer that the Colts have been the biggest winners in the division, adding more talent to their already-strong squad. Of course, the Texans have a fighting shot, but with their quarterback problems, it doesn’t look like they’ll have much to offer. Meanwhile, the Jags and Titans are still in a rebuilding mode, so there are no hopes for them in bringing any serious problems against Indianapolis. 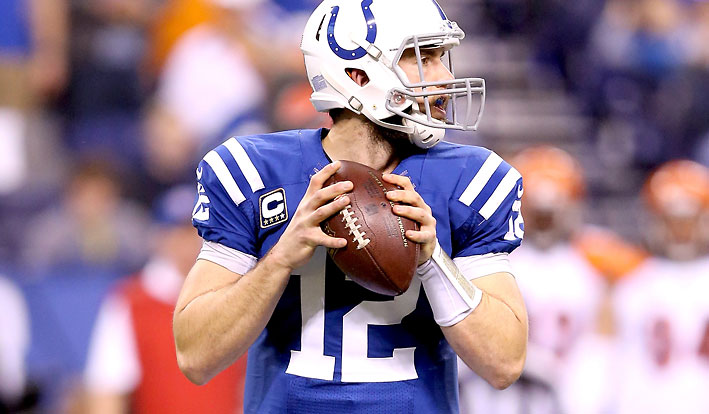 Needless to say, the Colts should thus be a solid lock to win the AFC South title for the third consecutive time during the 2015 NFL season. FYI, of all the divisions and teams in the league, the Colts are priced as the highest favorites to win their division, underlining the huge expectation by the Oddsmakers on them running the divisional table once again.

During the 2014 NFL season, the Colts compiled an impressive 9-3 SU record, good for the second-best regular season mark, alongside New England and Pittsburgh (who both went 9-3 as well), with Denver leading the conference with a 10-2 mark. Considering the earlier mentioned fact that the Colts upset the Broncos in the playoffs and the Patriots went on to win the Super Bowl, it goes without saying that Indianapolis was up there among the best teams in the conference in 2014. And with the constructive changes made to the team (which we will be talking about shortly), the Colts should once again be a formidable force in the conference, both in the regular season and the playoffs.Now, as far as qualifying for the 2016 NFL playoff odds are concerned, there are simply too many reasons for you to bet the Colts as a surefire team to make the postseason cut. Other than their high likelihood to win the AFC South title and earning an automatic entry to the playoffs, it is worth noting that, since the arrival of Andrew Luck in 2012, the Colts are averaging 11 wins per season, with consecutive playoff appearances in his three years at the center. Another double-digit win season (and playoff berth) should thus be in the offing if the trend remains the same. 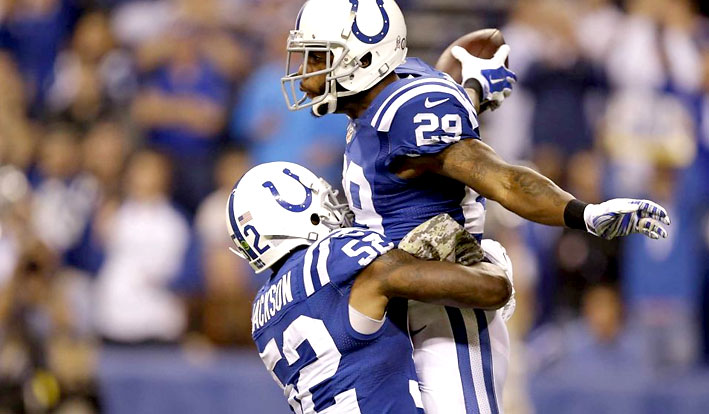 Plus, assuming the Colts once again go 6-0 in the division, it leaves them with the unique advantage of looking to win only 50% of their remaining 10 games of the season to possibly reach the playoffs. And after going 5-5 in the 2014 non-divisional games for a 50% winning record (and doing so with a weaker squad), 2015 should see them perform better. So, even if something cosmically wrong happens in 2015 for the Colts not to win the AFC title (which won’t happen anyway), the team should still be able to collect another double-digit win season to progress to the playoffs.Not to mention, the Colts have a favorable 2015 schedule, going against opponents with a combined record of 106-149-1 from 2014 (sporting a spaghetti-soft 0.417 winning percentage), so the “Lucky Years” should be continuing in 2015 for the Colts, with the team qualifying for the playoffs yet again.

By now, I believe all of you are convinced enough about the Colts, their odds to win the AFC South title and the team’s chances at reaching the playoffs. But if you still have some shreds of doubt, then this is my last chance to win you over.During this offseason, the Colts alarmingly lost one of its best receivers in Reggie Wayne, putting a lot of questions as to how Luck would go forward without him. Those questions were put to rest when the team signed former University of Miami star Andre Johnson, a proven receiver whose skills were wasting away in Houston’s below-average offensive system. Besides being three years younger than Wayne (thus offering posterity value in the team), Johnson (turning 34 in July) was the best receiver in Houston’s history. So even with his numbers understandably taking a dip in 2014 due to the Texans’ quarterback issues, his 85 catches for 936 yards and three scores were still decent.At Indianapolis, Johnson will working with the explosive WR T.Y. Hilton, which promises great tidings for the Colts’ receiving department. Meanwhile, after Trent Richardson and Dan Herron disappointed in Indy’s backfield last year, the team made a big-money move by stealing veteran running back Frank Gore from San Francisco, who (despite being 32 years) is a solid runner, boasting of at least 1,106 yards in each of his last four seasons.The Colts defensive line, which has probably not been as strong as required over the recent years, also made some renovations, bringing a solid pass rushing linebacker in Trent Cole (85 sacks in his 155 career games). 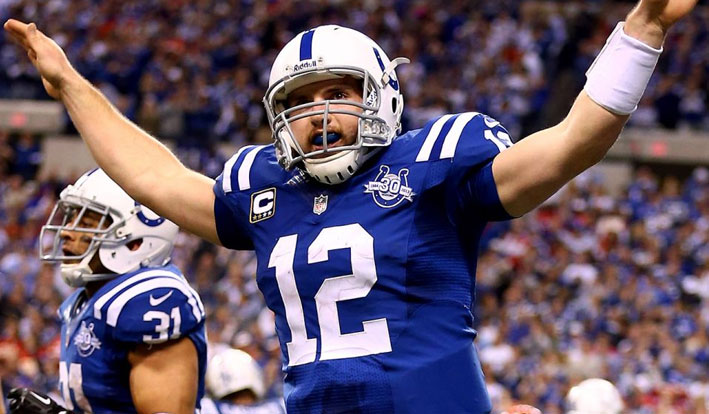 As if all that is not enough for us to designate the Colts as the 2015-16 National Championship winners, the team claimed a good number of talented and highly-rated players from the 2015 NFL draft, giving them a variety of options to work with on both sides of the field.If you combine this improved roster with the already-mentioned factors, you undeniably get a solid Super Bowl 50 contender. As a matter of fact, outside the Packers, the Colts look to be the strongest team to make its case for the upcoming Vince Lombardi Trophy, so be sure to watch out for them.

Based on the above analysis, here are the hottest Indianapolis free picks we recommend for you:• Indianapolis Projected Final Record: 13-5• Pick on Odds to Win the 2015-16 AFC South: Indianapolis (-450, MyBookie.ag)• Indianapolis Season Total Win Pick: Over 10.5 (-170, MyBookie.ag)For what it is worth, we strongly believe that, with their improved roster, the Colts also offer good value on the odds to win the 2015-16 AFC Conference (at +270) and even the odds to win the 2016 Super Bowl (at +1200). So if you trust them like we do, don’t hesitate to wager on them as earlier as you can in our NFL betting lines, before their prices go up (as they usually do) when the regular season starts.SourcesNFL.com (http://www.nfl.com/player/t.y.hilton/2532865/profile)ESPN.com (http://espn.go.com/nfl/draft)
Older post
Newer post