NFL News and Rumors
Calvin Johnson, the incredibly gifted wide receiver for the Detroit Lions, is about halfway through that immense seven-year contract that the team gave him. Known as “Megatron,” Johnson has been one of the reasons why Detroit has gotten close to playing decent ball in the last few years, edging into the playoffs in 2014 NFL betting season.However, how much time does he have left on the field? Playing wide receiver is a pastime that incurs a lot of impact, and Megatron has absorbed a ton of damage, and the numbers are saying that Johnson may be in a tailspin that will keep him from finishing out his contract, let alone getting another one.  Consider how Johnson performed last November against New England Patriots. Matthew Stafford targeted him 10 times, and Johnson caught four balls for a total of 58 yards. He also dropped the ball three times. Against Arizona, Stafford targeted him a dozen times, and he caught five – for 59 yards. He also had another drop. The Lions had added Golden Tate to run routes on the other side and take some of the heavy coverage away from Megatron. However, his numbers have continued to slide.In 2013, Calvin Johnson had 100 or more yards in seven of the 14 games that he played in. During the first seven games in which he played in 2014, he had a total of 520 yards – and only two games with over 100 receiving yards. He did miss three complete games and parts of two others with an ankle injury, but drops appear to be a bigger problem. Drops are not an official NFL statistic, many observers notice that his hands are losing their reliability. 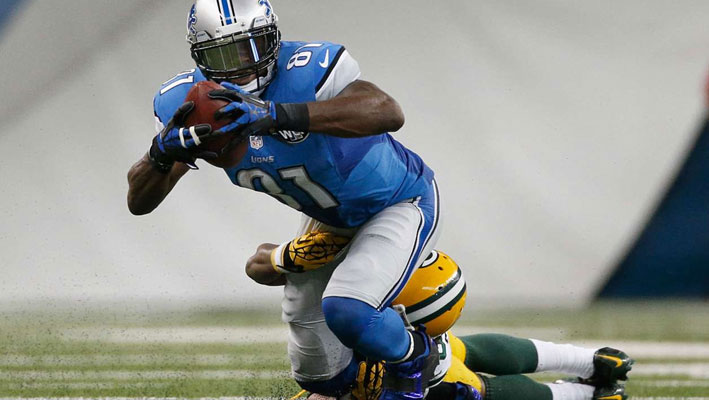 One factor in the rise in drops is the fact that Johnson has missed an increasing amount of practice time because of those injuries. Damage to both knees, his back, and fractures to his fingers have started to take their toll. The fact that he is such a terrific athlete and has such intimidating size has been good for the team – but being 6’5” and weighing 230 pounds takes its toll on the frame. Even though Johnson is only 29 years old, he’s had that pounding from his own body – and he’s gotten all of the attention of opposing defenses for a number of seasons.So a player who feasted on lesser cornerbacks all his career now has a harder time. He was used to creating separation or dominating the catch point when he couldn’t separate. However, now he is not prevailing in those battles at the catch point. He doesn’t hop off the line as quickly, and his cuts aren’t as precise. It’s a similar thing to Dirk Nowitzki taking more time out during games, settling more for fall-away jumpers rather than getting hard to the rim. Johnson will still be effective in 2015, but it’s difficult to term him “elite” at this point. It’s a slight difference, but you can definitely see it. 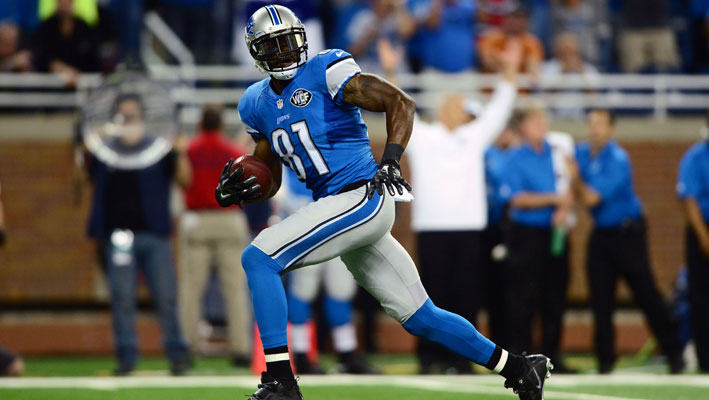 Going into 2015, it looks like Golden Tate is the better choice. Stafford has more effectiveness when he throws the ball Tate’s way, and Tate also has more movement after the catch. However, Stafford still has that habit of focusing on Johnson and forcing balls to him even though there are other options with an easier play. It’s not time to retire Megatron by any means, of course, because he can still make special catches. However, it’s clear that he is on the way down on the back side of his career. Sources:ESPN.com: http://espn.go.com/nfl/player/_/id/10447/calvin-johnsonFoxSports.com: http://www.foxsports.com/nfl/new-england-patriots-team
Older post
Newer post