NFL News and Rumors
In 2014, the Indianapolis Colts were one of the best teams to ride on in the NFL betting odds, finishing the season on an 11-5 mark and going as far as the AFC Championship game, where they were eliminated by the New England Patriots, the eventual Super Bowl XLIX winners. The Houston Texans, under the stewardship of first-year coach Bill O’Brien, made a giant leap, improving from a 2-14 last-place finish in the AFC South in 2013 to a 9-7 finish in 2014, good for second-best in the division.Outside the Colts and Texans, there was barely any competition for the divisional title from the remaining members of the AFC South, with Jacksonville and Tennessee combining for just 5 wins and a whopping 27 losses in 2014. To put these numbers into perspective, no two bottom-placed teams in any NFL division, including the NFC South where all teams finished with below .500 records, combined for a record that bad. A recent NFL.com analysis on divisional All-Star teams went as far as ranking the AFC South dead last in the league. So is the AFC South the worst or least-talented division in the league?

Andrew Luck was ranked No. 7 in NFL Network players’ vote. What do you think? http://t.co/N0u1LmLQ2b pic.twitter.com/Er43egxdob

Well, primarily, the Colts were the best passing offense team in 2014 and the defense equally ranked decently, and with the majority of the starters from last season returning in 2014, the Colts should still be among the best teams in the league. This should be particularly possible with QB Andrew Luck, receivers T.Y. Hilton and Andre Johnson continuing to impress in the offense, and DE Robert Mathis, ILB D’Qwell Jackson and CB Johnathan Joseph taking care of things in the defense.Like the Colts, the Texans also brag of a good unit, especially on the defensive side of things. Explicatively, the Texans ranked 4th-best in kick and punt returns, 7th-best in team defense and 10th-best in rushing defense last year. With Houston boasting of solid offseason additions on the defensive side, things should even be better for O’Brien’s boys. Offensively, there is still some work to be done by Houston, but there’s no doubt that the likes of RB Arian Foster, WR DeAndre Hopkins and T Duane Brown have enough talent amongst themselves to keep the Texans competitive.The Titans and Jags expectedly ranked poorly in 2014 offensive and defensive statistics. Even so, both teams have decent talent on both sides of the ball, enough to help them give a better showing in 2015. For instance, the Titans have a promising rookie QB in Marcus Mariota, while the defense has pieces like DE Jurell Casey, S Da’Norris Searcy and linebackers Brian Orakpo and Derrick Morgan, who are likely to ensure a good season for Tennessee in 2015. 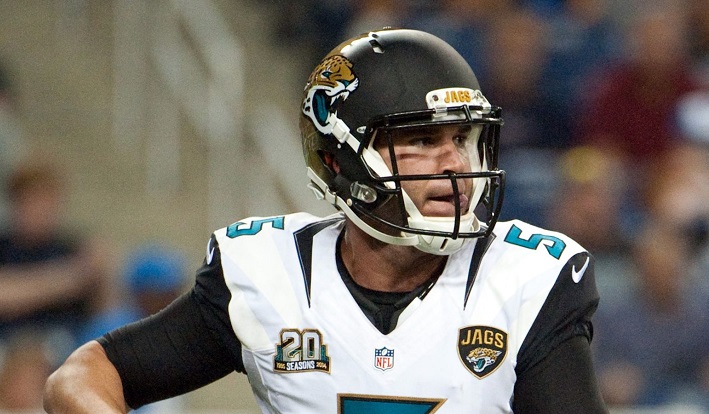 Meanwhile, Jacksonville’s second-year QB Blake Bortles will benefit from the safe hands of former Broncos star TE Julius Thomas (24 TDs in 27 games in his last two seasons in Denver) and the support center Stefen Wisniewski and guard Brandon Linder. In the defense, defensive tackle Sen’Derrick Marks is reportedly recovering well from his end-of-year ACL tear, while the NFL draft and free agency provided some strong defensive additions that should see the Jags improve slightly in 2015.Considering the above analysis, the Jags and Titans have a lot to do in order to catch up with the Colts and Texans. Talent-wise, it is undeniable that the AFC South is a bit short on some skill positions, which also calls for some improvement. Nonetheless, it would be it would be a bit of a stretch to describe the AFC South as worst or least talented, as the division has some of the best players in the league on both sides of the ball, led by Andrew Luck and J.J. Watt, with rookie returner Phillip Dorsett and Future Hall of Famer kicker Adam Vinatieri ranking among the best in their respective special teams positions.Sources:ESPN.go.com (http://espn.go.com/nfl/player/_/id/2576980/marcus-mariota)Sports.Yahoo.com (http://sports.yahoo.com/nfl/players/3727/)
Older post
Newer post