NFL News and Rumors
While many New York Giants fans have been wondering about what will happen with the bizarre finger injury that has Jason Pierre-Paul sidelined indefinitely, the health of Victor Cruz is also an important topic among NFL betting fans. The victim of a serious knee injury last year, Cruz has faced a long road back to health as the G-men desperately need him to pair with Odell Beckham, Jr. to create a credible passing offense for Eli Manning.

“I expect OBJ and Victor Cruz to have huge years. Defensive Coordinators are going to have nightmares” @RealRClark25 pic.twitter.com/fr2NN11RgL

It was during an 11-on-11 drill this past Saturday that Cruz made a move that showed himself – and his coaches – that he is ready to get back on the field. Manning threw him a short pass, and Cruz launched one of those jump cuts to juke the defender and pick up some more yards. This is not a move that would probably have gathered any notice in past training camps, but when you’re coming back from such a major injury to your knee, these are moments that feel immense. The fact that these types of moves are becoming instinctive to Cruz once again is a huge sign of encouragement going forward. 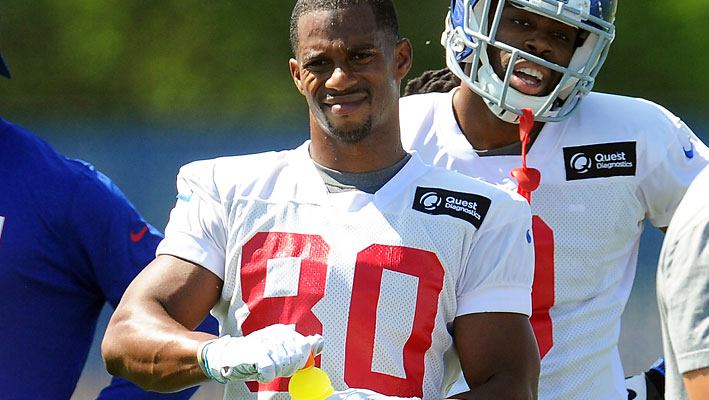 Last season, Cruz tore his right patellar tendon in Week 6 while playing against Philadelphia, and he did not return for the rest of the season. Training camp opened with limited practice reps for him, but he has had comfort taking part in more drills than the Giants thought he would. On Monday, he will go with the Giants to Cincinnati to keep working on his own drills, although he will not play in the preseason opening game or practice in the joint work with the Bengals. This is to protect him from playing competitively and going beyond what he can reasonably do at this point. 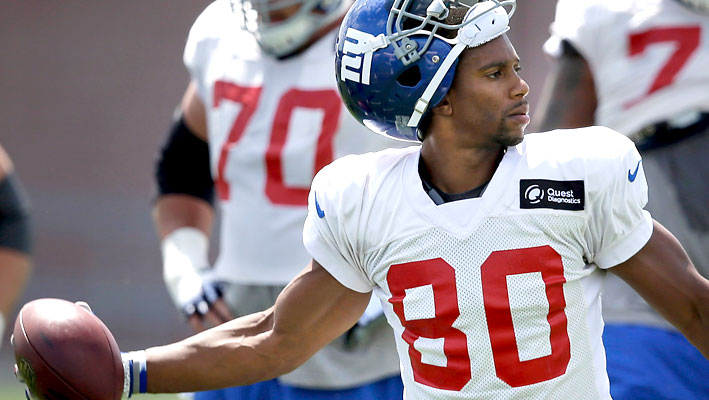 The goal for Victor Cruz remains to be on the field on September 13, when the Giants open in Dallas against their NFC East foes. He feels that he is on track to meet that goal, although he is not sure if he will see any time in preseason games. Cruz did say that he has no restrictions in camp except for a limit on his reps. He still wonders if he has that quick step out of the break, but he also feels that his confidence will swell as time goes by, and he is getting satisfaction with watching his performance on film clips. He doesn’t see any slowing or loss of enthusiasm in his own performance.Cruz is not wearing a sleeve or brace on his knee, and he has no plans to. He says that he sat out for 10 months to make sure that he came back stronger – strong enough to where he did not require that sort of help. He feels that he just needs to follow the same path of improvement. He still doesn’t know if he will return as the same caliber of player, but signs right now are as good as possible.SourcesNYpost.com (http://nypost.com/2015/08/09/victor-cruz-fixing-trust-issue-before-running-all-out/)ESPN.com (http://espn.go.com/nfl/player/_/id/13553/victor-cruz)
Older post
Newer post