Written by Jordan Walters on September 16, 2015

NFL News and Rumors
The coach of the Houston Texans, Bill O’Brien, makes a highlight reel for each of his players – he used to do this at Penn State too. When he sat down to watch the one for J.J. Watt at the end of the 2014 season, he was blown away as well as most NFL betting fans would be– because the reel had over 150 top-notch plays, so an average of nine or ten per game. As O’Brien told ESPN, “All the different ways he affected the game. That’s when it became clear to me: This guy had one hell of a year.”

Not 1. Not 2. It took 3 @chiefs blockers to stop @JJWatt on this play. WATCH: http://t.co/kxk9RsQpjg pic.twitter.com/SZryFmYz6c

One shot showed Watt flying around the edge, heading toward his next quarterback sack. Then you would see him exploiting the weakest player in the opponent’s offensive line over and over again. Then you’d see him cutting right across in front of a guard to nail a running back for no gain. Plays like that are what made him a strong candidate to be the first NFL defensive MVP since 1986, when Lawrence Taylor won the award. Watt didn’t win, but he had a season comparable to Taylor’s 1986 campaign. Both are outside rushers, and both had the trust of their coaches when it came to reading plays instead of following a specific role in a specific scheme. 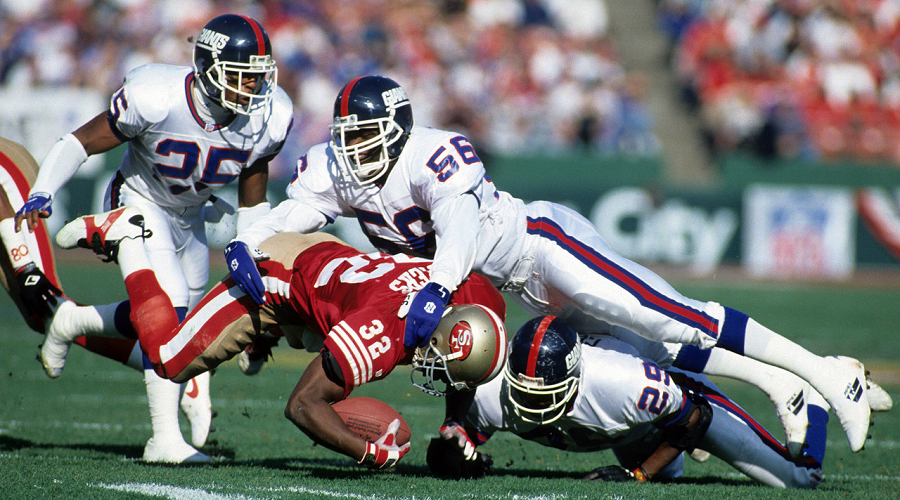 When Lawrence Taylor was playing, he had to earn his coaches’ trust to take on that role as well. He explained it to ESPN this way: “Both Parcells and Belichick came to me and made it clear: We’ll let you roam, but if you f— it up, we go back to doing it our way. I never f—ed it up…And I’ll tell you this. Parcells and Belichick weren’t exactly the type of guys to have a player tell them how s— should be run.” 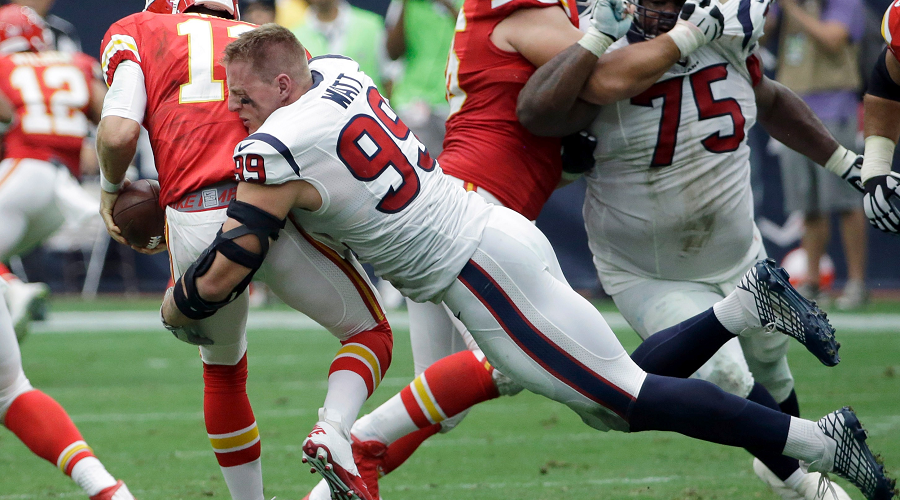 When Taylor was in the league, he was allowed to line up at any place where he figured he had the best shot at making a play. This was a freedom that Romeo Crennel (Parcells’ special teams and then defensive line coach) noticed and then allowed Watt to use when he was the defensive coordinator in Houston this past season. Watt tallied 20 ½ sacks, 119 quarterback pressures and 10 passes defensed. He garnered 13 out of 50 MVP votes, which was 18 fewer than Green Bay quarterback Aaron Rodgers received, but the most of any defensive player since 1999, the year the MVP panel shrank to 50. 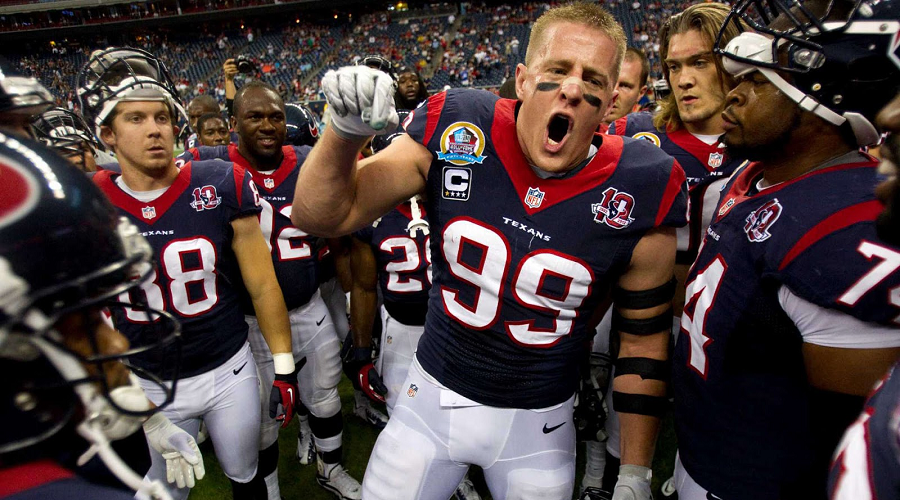 JJ Watt is starting his fifth year in the NFL, but it seems like he’s been dominating offenses for twice as long. He is experimenting with more pre-snap movement in 2015, which could be scary for quarterbacks. It didn’t do too much to bother Alex Smith in Week 1, but he is still working on his scheme. He is waiting later and later in the count before deciding what he is going to do. Last year, he lined up at 32 different spots along the offensive line, most frequently at the tackle’s outside shoulder, but he appeared everywhere from the nose tackle slot to out past the tight end’s outside shoulder. He has basically turned his role on the defensive line into a defensive quarterback role – and offenses are having to respond.
Older post
Newer post