NFL News and Rumors
“I learned they’re a highly motivated team and they work their butts off — from the time they showed up, they were in shape, hit the ground running and were focused,” said Jacksonville Jaguars General Manager Dave Caldwell at the end of the team’s minicamp training in June. “They’re really competitive and I think we have a smart team.”Optimism certainly reigns supreme in Jacksonville, with various coaches, players, fans and NFL betting pundits commending the Jags for their up-surging performances at the OTAs and minicamp meetings. All that notwithstanding, our assessments reveal that the following big questions are yet to be solved in Jacksonville and, in our beloved role as your informants, we attempt to be provide possible answers:

Do the Jags Have Sufficient Depth in Linebacker Position to Go the Distance in 2015? 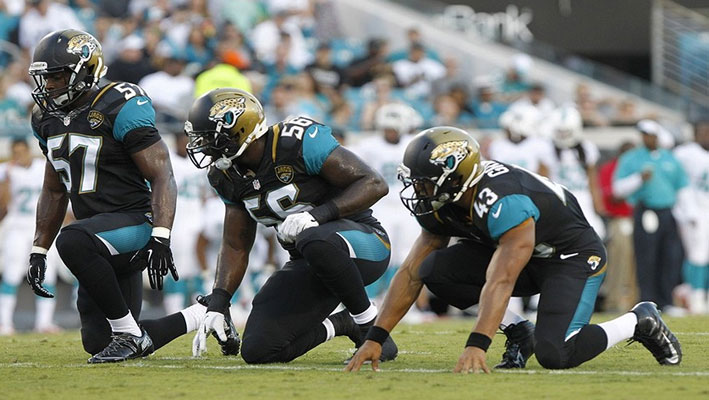 Currently, the Jags have Dan Skuta (strong-side), Telvin Smith (weak-side) and Paul Posluszny (middle) locked as the starting linebackers for the new season. Skuta is a major upgrade to Dekoda Watson, Smith had a pleasantly surprising year as a rookie and Posluszny has looked fluid during the offseason workouts.Unfortunately, the Jags have a shallow backup group. Besides LaRoy Reynolds who stands above his competitors because of his special teams abilities, the rest of the group (Khairi Fortt, Thurston Armbrister, Jeremiah George, John Lotulelei, Matt Robinson and Todd Thomas) is plain and average, at best. If these backups cannot up their performances, the remaining two linebacker spots will be tough to decide. With Skuta, Smith, Posluszny and Reynolds going as the first four options, watch out for Jacksonville’s training camp closely to see if there’ll be any up-and-coming candidates from the rest of the pile. 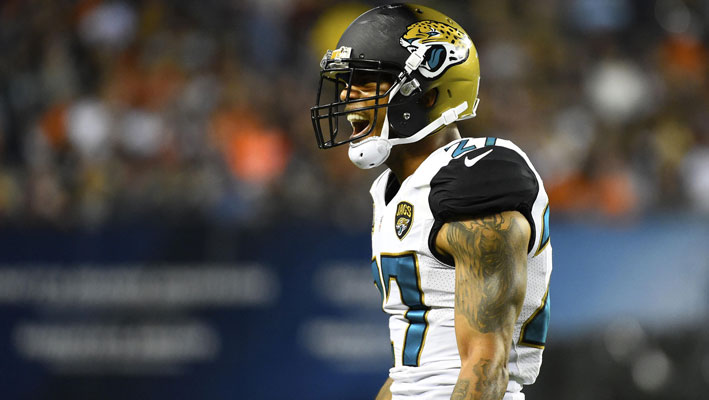 2014 was a maddeningly poor year for the corners at Jacksonville, as they pathetically collected just two interceptions in the entire season—one by Alan Ball in Week 1 against the Eagles and another by Dwayne Gratz in Week 17 against the Texans. In response to the outcries for changes in the cornerback position, the Jags signed Green Bay’s Davon House. With House in The House, other corners like Gratz, Demetrius McCray and Aaron Colvin either have to prove their worth, or risk sitting out in the cold. Reportedly, House’s presence has encouraged nice competition, with defensive backs coach DeWayne Walker saying he feels Gratz is looking improved and Colvin building a reputation as the team’s top inside corner. With the training camp approaching, there could be further positive changes to help the coaching staff decide on their top corners, but as at now, it is House, McCray, Colvin and Gratz spearheading the corners and hopefully leading to more interceptions in 2015 for the Jags. 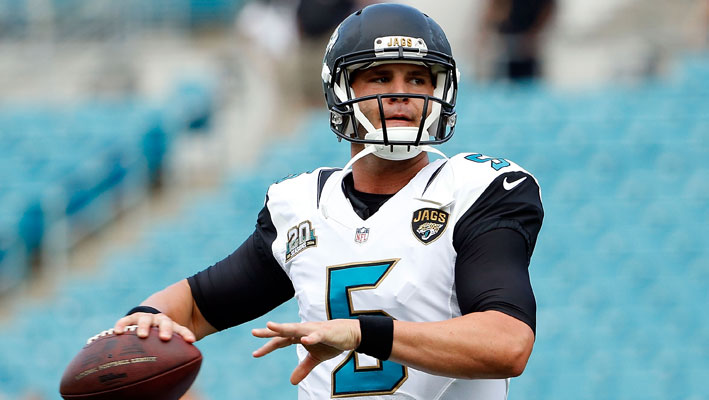 #Elsewhere: On an unrelated but interesting note for Jacksonville fans, Blake Bortles has taken some decent steps in improving his game, hence a solid showing can be expected from him. The Jags’ emphasis on developing their running game in the offseason is also coming up quite well, according to ESPN Staff Writer Mike DiRocco, so be on the lookout for Jacksonville running the ball strongly in 2015.Sources:ESPN.com: http://espn.go.com/nfl/player/_/id/12932/dan-skutaNFL.com: http://www.nfl.com/player/dwaynegratz/2539946/profile
Older post
Newer post