Written by Jordan Walters on September 5, 2015

NFL News and Rumors
When the Chicago Bears sent quarterback Kyle Orton to Denver in a trade that brought quarterback Jay Cutler to town, the two teams made an unusual swap of starting quarterbacks. Both squads and their respective NFL betting fans clearly thought that their quarterbacks were star-crossed and might do better with a change of scenery. In Chicago, the team had really not had a decent quarterback since the sainted Jim McMahon, and so the excitement was high.

Preseason is over, finally, and #Bears left a few impressions. My @ChicagoSports video. http://t.co/GFzVOI5h91

Cutler had just gone to the Pro Bowl and thrown for more than 4,500 yards. He had been a little bit of a locker room cancer during that last season in Denver, but the Bears’ faithful were willing to put up with someone who would get whiny as long as he could throw the ball down the field. 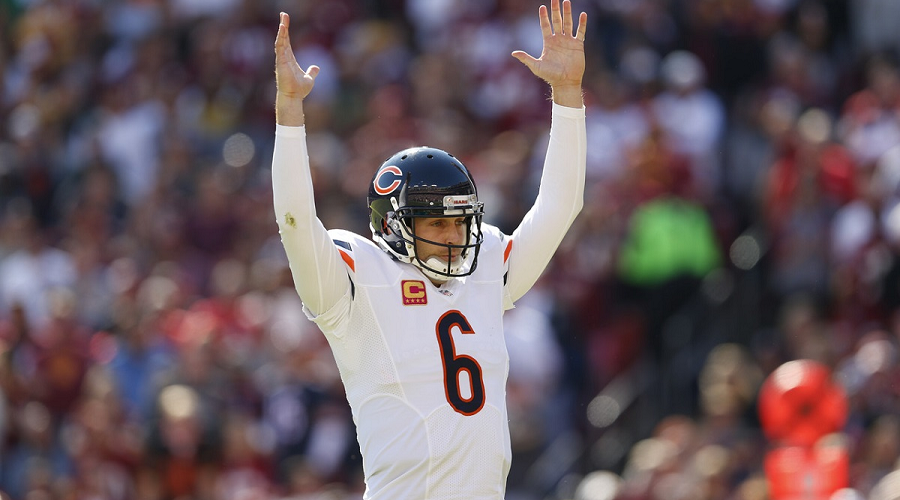 However, things have not gone quite like people thought. The Bears have brought in two new general managers, two new head coaches, and FIVE new offensive coordinators in a little over six years. The Bears have been to the playoffs once during that span – just as many times as Rex Grossman and Kyle Orton took the Bears to the playoffs. 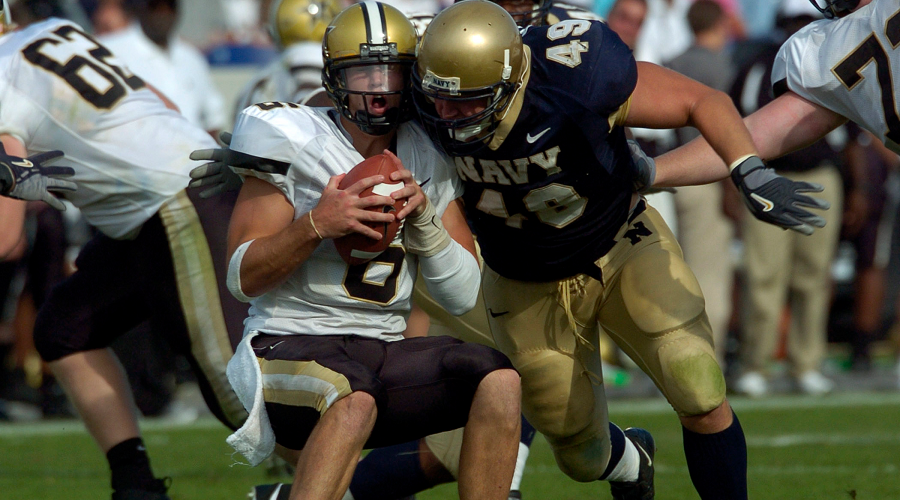 When Cutler was drafted by the Broncos out of Vanderbilt, he only needed about three months to knock Jake Plummer out as the starter. Plummer had gone 39-15 during regular season play under Plummer, but the thought was that Cutler had a much higher ceiling . His first two seasons were all right, but not terrific. He threw for 4,526 yards and 25 scores, although he had to throw 616 passes thanks to the fact that the Broncos’ defense couldn’t stop anyone. This meant that his yards per attempt were down. Then, the Broncos brought in Josh McDaniels to coach the team. 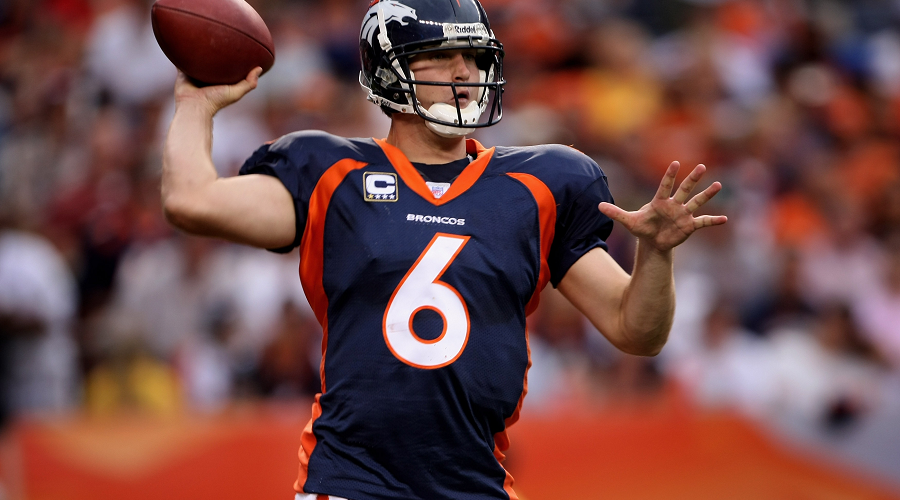 The Broncos decided they wanted a different quarterback, as McDaniels wanted Matt Cassel to be his quarterback. Cutler was said to have asked for a trade and then shut off contact with the coach and owner Pat Bowlen, although Cutler denies this accusation. While McDaniels told the Denver Post that he wanted to keep Cutler, Cutler was gone about a month later, heading to Chicago. The Bears gave up two first-round picks, a third-round pick and a fifth-round pick for Cutler, meaning that Cutler had to deliver. 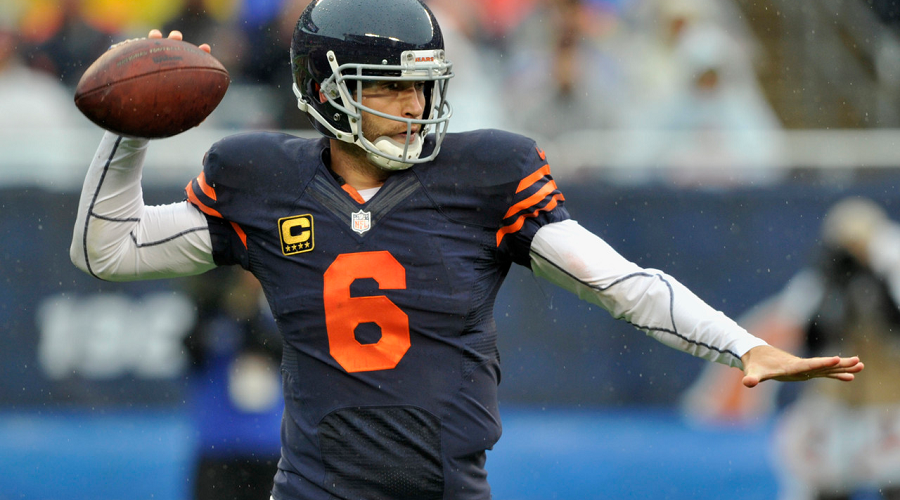 Cutler would throw four picks in his first game – and the Bears would lose, but only by six points. Brian Urlacher, the legendary linebacker, dislocated his wrist and would be out for the rest of the season. This made the Bears’ defense everyday instead of terrific. Cutler would throw 22 more interceptions that season, with seven multiple-pick games. At the end of the season, offensive coordinator Ron Turner was fired and replaced with Mike Martz. In 2010, the Bears won in bunches, going 11-5 and winning the NFC North, even though the offense wasn’t all that good. 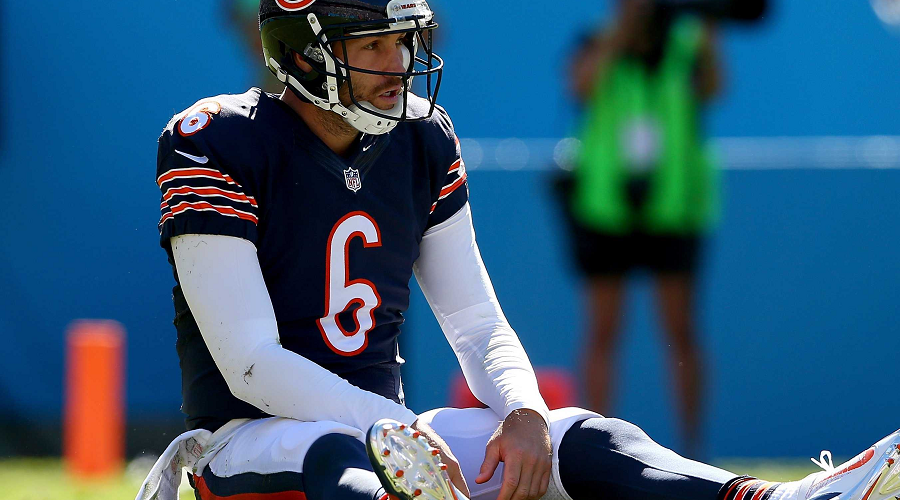 Why? Cutler suffered in the deep-drop system that Martz installed, relying on slowly developing plays. Cutler was sacked 52 times to lead the NFL, and the Bears had a sack rate of 10.1 percent. 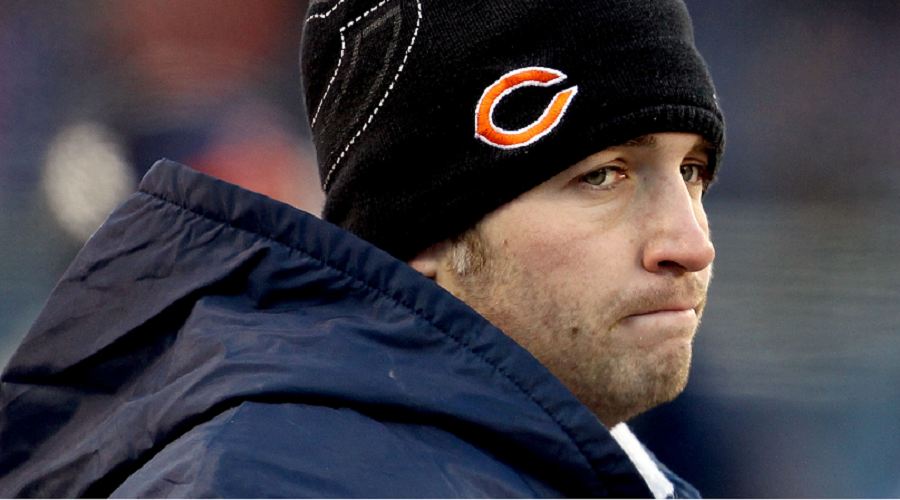 In the NFC Championship, Cutler sprained his knee in the first half and only played one series after halftime. This left the Packers to dominate the game and head to the Super Bowl. The Bears did not have a quality backup, and so the Bears tried to stall but could not get the points to win. The sight of Cutler on the sideline, wrapped in a jacket, made him the target of intense criticism. Even so, Cutler has gotten a huge extension, but minds in Chicago wonder if he is worth all that cash.
Sources:
Denversuntimes.com: http://denver.suntimes.com/den-sports/denver-broncos/7/103/102272/jay-cutler-trade-anniversary/
ESPN.com: http://espn.go.com/nfl/recap?gameId=310123003
Older post
Newer post