NFL News and Rumors
From Sam ‘Bam’ Cunningham and Curt Warner to Tom Brady and Rex Ryan, memories abound in the longstanding rivalry between the New England Patriots and New York Jets.Thanks to this fun-filled, yet in-depth, look back at the decades-long NFL betting rivalry between the longtime AFC East enemies, you’ll have a great idea of what to expect when these two franchises meet in 2015 and beyond.The BeginningThe rivalry between the New York Jets and New England Patriots began way back in 1960 when both teams were named members of the AFC East in the old American Football League (AFL). Both teams also had different surnames back then. The Boston Patriots visited the New York Titans and recorded a thrilling 28-24 win at the famed Polo Grounds in the very first meeting between the now long-standing rivals.The 60sSix years later, on October 2, 1966, the teams played to a 24–24 tie at Fenway Park that still stands as the only tie in the rivalry’s lengthy history. Later that same season, on December 17, New York knocked the Patriots out of the postseason by recording a narrow 38–28 win behind three Joe Namath touchdown passes.The 70sOn October 13 1974, Sam Cunningham rushed for two touchdowns to help the Patriots win the first meting that season over a Jets team that was just 1-4 at the time. The win was New England’s fifth straight that season and first over New York in three seasons.Five weeks later on November 17, the Jets hand the Pats recorded a narrow 21–16 win at Schaefer Stadium as Joe Namath threw two touchdowns and the Jets picked of Jim Plunkett  four times.On October 18, 1976,New England hosted New York on Monday Night Football in a contest that was unofficially renamed “Monday Night Madness” due to the rowdiness of drunken fans at Schaefer Stadium. The Patriots ran roughshod over the Jets as quarterback Steve Grogan led New England to five touchdowns en route to a convincing in a 41–7 blowout.The game achieved further publicity as Jets coach Lou Holtz authored a fight song for the team that was mockingly read on air by former NFL player turned broadcaster Alex Karras. Later that season on November 21, 1976, the Patriots handed New York a humbling 38–24 loss as they picked off Joe Namath an insane six times.On September 9, 1979, Steve Grogan set a Patriots franchise record with five touchdown passes in a 56–3 rout of the Jets at Schaefer Stadium. Grogan’s touchdown record stood until Tom Brady broke it against Miami in 2007. 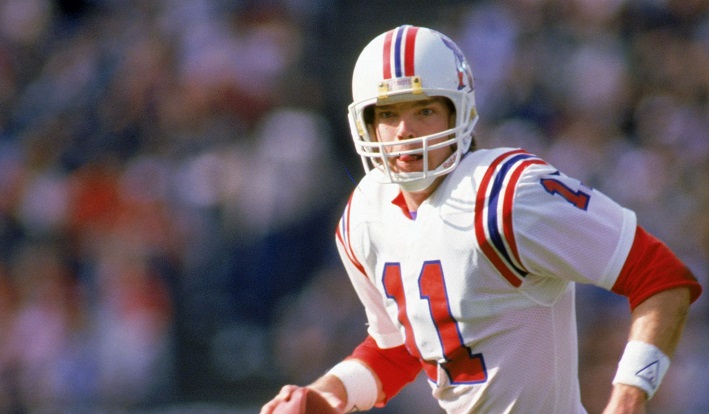 The 80sOn September 30, 1984, New England made its first trip to The Meadowlands and picked up a 28–21 win as Tony Eason passed for 354 yards On December 28, 1985, the two rivals met for the first time in the postseason. After falling behind 7–3 in the second quarter, New England erupted late to record a 26–14 win that marked the team’s first playoff win since beating the Buffalo Bills in a 1963 elimination game.On October 12, 1986, the Jets held on to record a narrow 31–24 win despite 401 passing yards and three touchdowns from Steve Grogan.In the team’s 1987 Monday Night Football matchup, the Jets dominated the Patriots, 43–24, at home but New England laid a convincing 42-20 smackdown on the Jets in December that same season to extract some revenge.The 90sOn October 16, 1994, future Patriots head coach Pete Carroll was in his first year leading the Jets while future Jets coach Bill Parcells was in his second year leading the Patriots. New England turned the ball over four times en route to a 24–17 defeat.In 1997, a huge dispute erupted between the franchises over head coach Bill Parcells that eventually ended with the Patriots receiving third and fourth-round picks in the 1997 NFL Draft as compensation for allowing Parcells to become the Jets’ head coach. With Parcells leaving for New York, the Patriots hired 49ers defensive coordinator Pete Carroll, who had been Jets head coach in 1994. 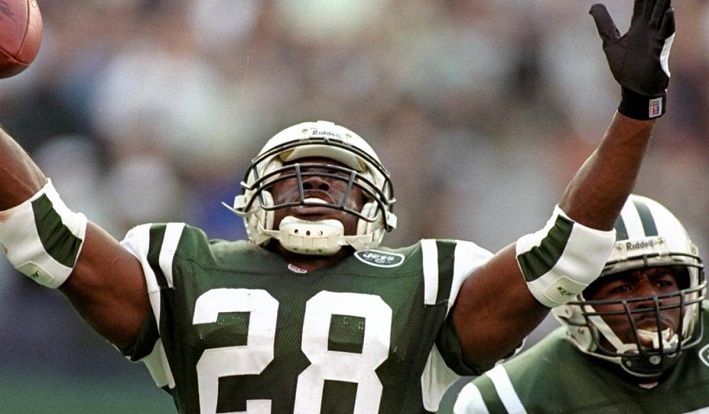 Curtis Martin and the “Poison Pill”In 1998, after his third season in New England, running back Curtis Martin, the 1995 Rookie of the Year, became a restricted free agent. The Pats then made a maximum offer to Martin, that would ensure first-round and third-round draft picks as compensation if they did not match a contract offer from another team.The Jets then offered Martin a 6-year, $36 million contract that a cap-strapped New England opted not match, taking the drat picks instead. This transaction is considered the first example of the “poison pill” under the league’s current free agency system.The deal included a clause that would have allowed Martin could become an unrestricted free agent the following season if New England matched the offer, allowing him to leave without the Patriots receiving any compensation. The deal also included a $3.3 million roster bonus that would have counted against the Patriots’ salary cap.The New MillenniumOne day after the conclusion of the 1999 season, Bill Parcells resigned as head coach of the Jets and assistant head coach Bill Belichick was named as his replacement. However, the following day at a press conference for his hiring, Belichick wrote a resignation note on a napkin (“I resign as HC of the NYJ.”), and instead of talking about his hiring, announced his resignation instead. 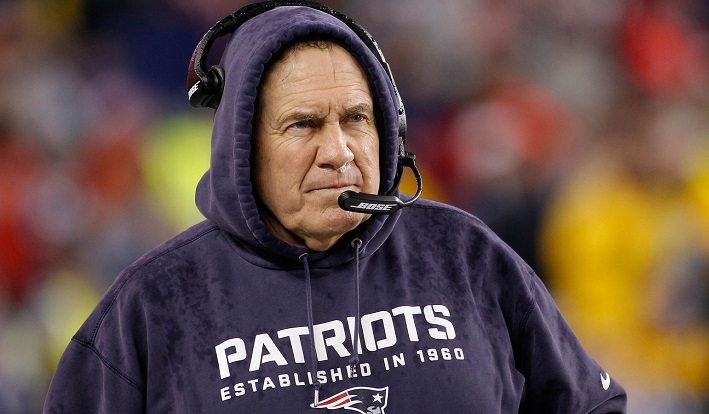 Despite rumors that he had been offered the Patriots’ head coaching position, Belichick said the Jets’ uncertain ownership situation as the reason for his sudden change of heart. New York then denied Belichick permission to speak with other teams and the NFL upheld Belichick’s contractual obligations to New York.Eventually, the longtime rivals agreed to a compensation package to allow Belichick to become the Patriots’ head coach. New England gave up their first-round pick in the 2000 NFL Draft and fourth and seventh-round picks in the 2001 NFL Draft to the Jets, while also receiving the Jets’ fifth-round selection in 2001 and seventh-round pick in the 2002 NFL Draft.The Jets under new coach Al Groh swept the Patriots in 2000, going 9-4 through 13 games that season before losing their final three games to finish at 9-7.In 2001, widely-respected coach Herm Edwards replaced Groh as Jets head coach. In their September meeting that season, Drew Bledsoe was badly injured on a hit by Mo Lewis in Foxboro Stadium and subsequently replaced by backup Tom Brady. While the Jets would go on to win that game 10-3, the insertion of Brady would forever change the future of the Patriots franchise.In 2002, the Jets won the AFC East to nab just their second division crown since the 1970 AFL-NFL merger. New York crushed the Indianapolis Colts, 41–0, in the wildcard round, but lost to the Oakland Raiders, 30–10 in the divisional round. 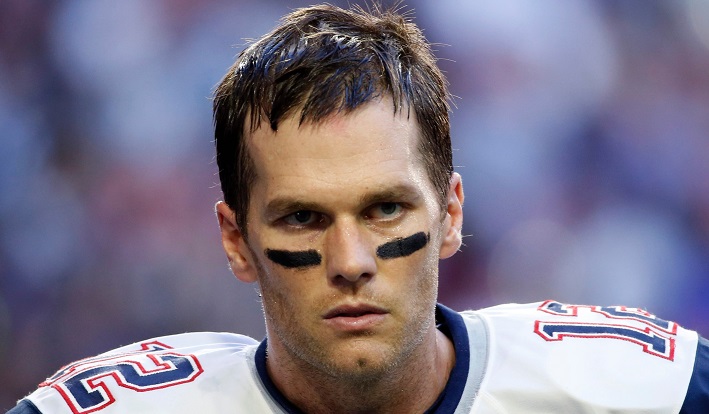 2003Led by Brady, the Patriots went 14-2 and won Super Bowl XXXVIII but narrowly beat the Jets twice in the regular season, (23–16 at Foxboro and 21–16 at The Meadowlands).2004In 2004 the Jets roared to a 5–0 start before falling to the Pats, 13–7 on the road in Week 6. The Patriots got some revenge and moved to 12–2 when they beat the Jets 23–7 in the Meadowlands in their regular season rematch. New England finished the season 14–2 again and would eventually go on to win Super Bowl XXXIX.Eyes On the Prize….Betting History Revealed!Over the last 20 meetings dating back to the 2006 season, New England owns a commanding 14-6 edge, including their regular season sweep in 2014.However, when it comes to cover the NFL betting line, the Jets have compiled a surprising 11-9 ATS mark that includes four straight ATS wins heading into the 2015 season. Still, the Jets have lost seven of the last eight meetings against Tom Brady and company dating back to 2011.The Over has played out for O/U Total bettors in nine of the last 11 meetings, though the AFC East rivals’ last meeting resulted in an Under outcome.Sources:Wikipedia.org (https://en.wikipedia.org/wiki/Al_Groh)NFL.com (http://www.nfl.com/player/tombrady/2504211/profile)
Older post
Newer post