NFL News and Rumors
It’s been more than 20 years since the National Football League had a franchise in Los Angeles. The city used to have as many as two teams, as the Raiders moved south for a short time until they moved back to Oakland, and the Rams moved east to St. Louis. However, there is more momentum building now toward an NFL team coming back to this huge television market than there has been in a long time. The last football betting Sunday in May, the old Hollywood Racetrack was demolished in order to make room for an NFL stadium to go up there. Robert Kraft, the owner of the Patriots, and John Mara, who owns the Giants, are two of the most influential owners, and they are both publicly optimistic about a team playing in L.A. by 2016. On August 11, the league’s 32 owners will come together for a meeting in Chicago to talk about just how it will work. The Hollywood Racetrack came down because it was on land that Rams owner Stan Kroenke just purchased, and his Rams could be playing on that site by 2017. The Raiders and Chargers have invested in real estate in Carson and are talking about sharing a stadium there.     Clearly, the league wants to be back in the second largest media market in the United States. However, how important is an NFL franchise to Los Angeles? It’s clear that the city can support plenty of sports franchises. Both MLB teams (the Dodgers and the Angels) can afford generous payrolls. The Lakers and the Clippers in the NBA both have deep pockets as well. The LA Galaxy is the area’s MLS team, and both UCLA and USC are well-supported Division I college football programs. However, attendance in the City of Angels can be fickle. When the teams are doing well, they draw well. Consider the case of the Lakers and the Clippers, who share the Staples Center. For years, the Lakers were the much better of the two, and their attendance figures destroyed those of the Clippers. However, since 2012, when the Clippers became contenders and the Lakers slipped out of the postseason, the attendance figures reversed. 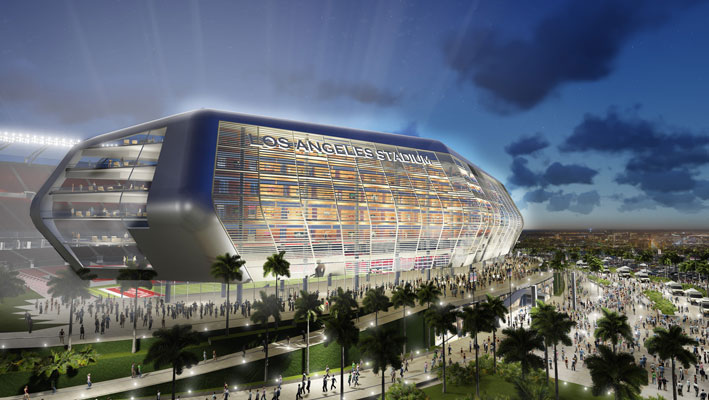 But what about NFL games? The same is true – attendance was iffy when the team wasn’t playing well. The Rams appeared in the 1990 NFC Championship Game, but after that, they only won 23 games through the next five seasons. Between 1992 and 1995, they were in the league’s worst six attendance totals. Their last game at Anaheim Stadium, a three-point loss to the Redskins on Christmas Eve, drew only 25,705 game. A high school playoff game at the same stadium a week before had drawn 26,295 – 590 more. The Rams moved into Anaheim Stadium in 1980 and averaged 62,550 in attendance. Of course, the year before, Vince Ferragamo had quarterbacked the Rams to the Super Bowl. The Rams didn’t just move because of attendance, though. The team was in the red and needed a new stadium. Team Georgia Frontiere didn’t think the community was interested in the team anymore. There is a risk now that fans will be just as fickle as they were then – and the product costs a lot more now. Given the fact that televisions are bigger now, and media rooms are more plentiful now, why wouldn’t you stay home with your friends and watch the game? L.A. traffic is already notorious, and NFL ticket prices have definitely not gone down since the Rams moved east. Parking prices have gone up. 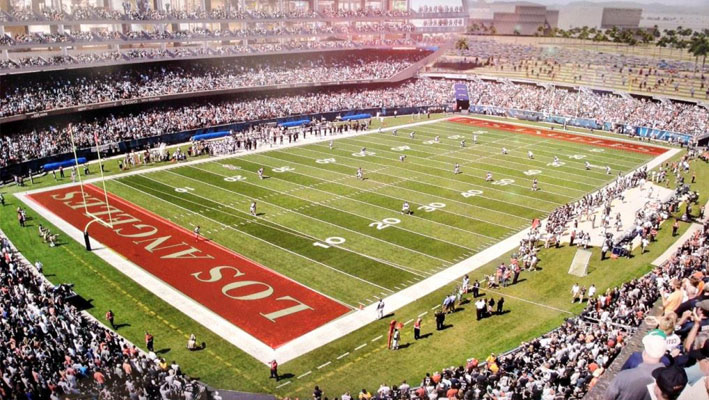 When the Hollywood Racetrack was demolished, some diehard Rams fans showed up and cheered loudly. How many of them were there? 50, while the rest of the metropolitan area slumbered. Will Sunday attendance figures for a new L.A. team do the same? Sources: Forbes.com: http://www.forbes.com/profile/robert-kraft/ LAtimes.com: http://www.latimes.com/topic/business/stan-kroenke-PEBSL0000935-topic.html
Older post
Newer post