NFL News and Rumors
If you’re new to NFL betting and you want to know more about the jargon that is used in today’s pass-happy NFL, then you’re in luck!Thanks to this mybookie.ag original on much of the terminology used in today’s National Football League, you’re going to find out what the difference is between a late hit and a lateral and a pooch kick or post pattern.Whether you’re an experienced betting veteran or a brand new gaming enthusiast, this fun-filled football column will help you learn more about today’s NFL terminology than ever before.Alright… with that said and the 2015 training camp period approaching ever so slowly, let’s get started.

Intentional Grounding: When a quarterback is in the pocket and intentionally throws the ball away or on the ground to avoid a pass rush.Icing: ‘Icing the kicker’ is an old-school act where opposing head coaches call a late time-out in the hopes of rattling the opposing place kicker.Instant Replay:  Instant replay is the new-age system that employs video replays to establish the outcome of disputed plays. TV cameras can show the play in question from several different angles, allowing the official looking at an on-field monitor to make his decision.Interception: When the defense catches a pass from an opposing quarterback.

Kicker – The kicker is a specialist that comes onto the field just to handle kickoffs, field goal and extra point attempts. 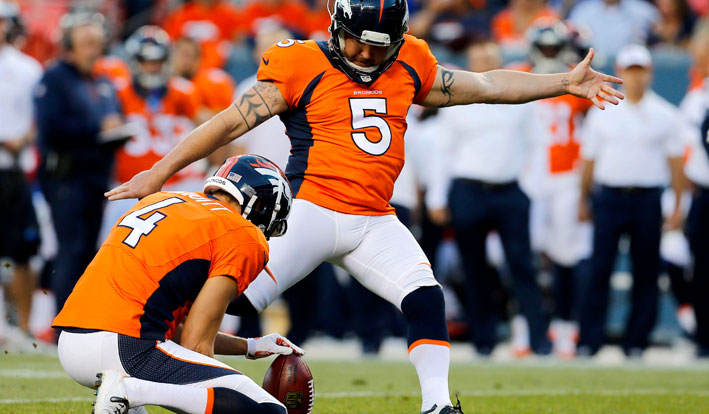 Kick Off: When team kicks the ball away following a score or to begin a half.

Man Coverage: When a defense has specific players who cover all the eligible pass catchers on an offense.Muffed Punt: When a punt returner fails to cleanly field the incoming kick.

Neutral Zone: The area between the line of scrimmage. 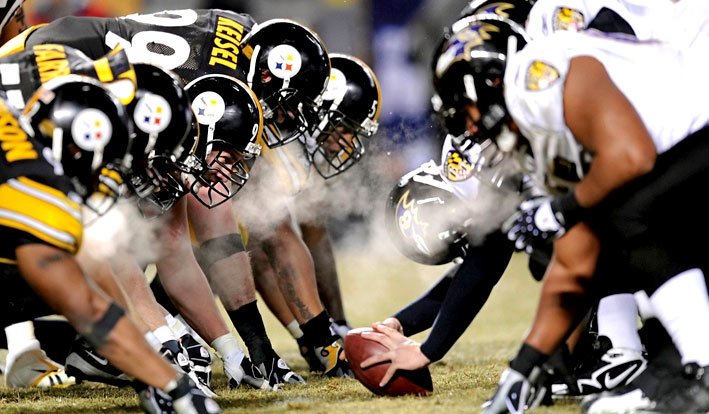 Nickel Back: A ‘nickel’ back is fifth defensive back and generally replaces a linebacker.

Offside: When a defender moves and crosses the line of scrimmage before the ball is snapped.

Pass Protection: Pass protection is the offense’s ability to keep defenders away from the quarterback on a pass attempt.Pass Rush: When the defense sends players with the sole intent of sacking or hurrying the quarterback on a pass attempt.Personal Foul: A 15-yard penalty called on a player for unsportsmanlike behavior.Pick: A ‘pick’ is the term used for an interception.Pick-Six: A ‘pick-six’ is the term used to describe an interception that is returned for a touchdown.Place Kick: A kick where the ball is placed still on the ground.Pooch Kick: A deliberately poorly-kicked ball, used to limit the return. 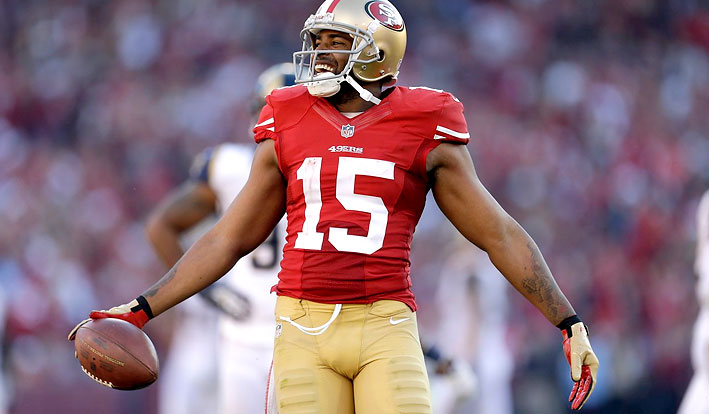 Post Pattern: When a receiver sprints out and then changes his route generally on a 45-degree angle, toward the middle of the field.

Quarterback Sneak: When the quarterback unexpectedly runs the ball.

Red Zone: When an offense reaches its opponents 20-yard line it has reached the red zone.Running Out the Clock: When the offense deliberately maximizes how much time they take off the clock to maintain a lead and give their opponents as little time as possible.Running up the Score: When a team that has a game well in hand and continues to attack offensively.

Scramble: When a quarterback moves around to avoid the pass rush.Shotgun: A formation when a quarterback stands a distance behind the center, who hikes it to the quarterback from a distance.Snap: When the center hikes the ball to signify the beginning of an offensive play.Special Teams: Refers to the group of players who play on kickoffs, punts, free kicks, and field goals.Spot: Where a ball is marked on the field by the officials. 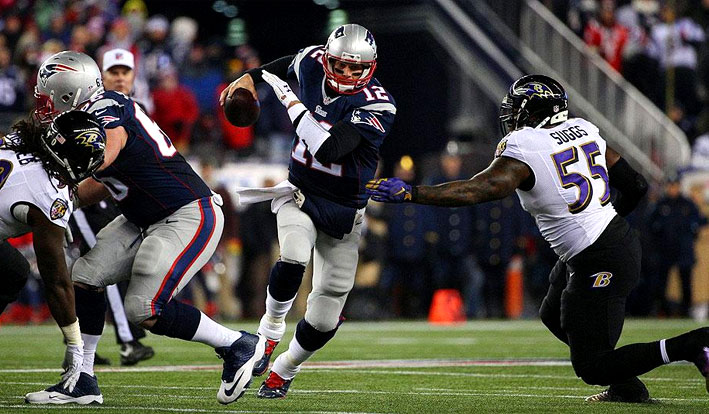 Squib Kick: A low-kicked ball on a kickoff used to limit the returning team’s ability to make a good return.

Three-and-Out: When an offense fails to get a first down and must punt on 4th down after just three offensive plays on a drive.Tip: When a pass is touched.Two Point Conversion: Following a touchdown, a team can kick an extra point or attempt a two-point conversion by getting the ball in the end zone from the 2-yard line.

Underneath: The area past the defensive line, but in front of the linebackers and secondary.

Wildcat: An offense that is positioned so that either the quarterback or the running back can take the center’s shotgun snap.Wishbone: An offensive position where a trip of backs shaped like a “Y” are behind the quarterback.