NFL News and Rumors
Fans of the Tennessee Titans were expecting a QB battle between Marcus Mariota and Zach Mettenberger this preseason, but coach Ken Whisenhunt used the first day of training camp to shut down any talks about the starting quarterback position, using Mariota as the main QB in team training.The Hawaii-born athlete, who was drafted at No.2 overall in the 2015 NFL draft from the Oregon Ducks, brings a lot of mobility to the Titans offense, an element that they have been lacking since the Steve McNair days. Additionally, the rookie QB has shown signs that he can make plays both on the air and on the ground, which could be invaluable to the Titans in the NFL odds to succeed in 2015, as they seek to replace the now-retired Jake Locker who was a great threat to defenses with his legs and arms. But even with all that promise, is Mariota really ready to make a start, or are the Titans pushing their hopes too much by thrusting the rookie into a starting role?Mariota, one of the Most Promising Dual-threat QBsIn his last year in college, the 2014 Heisman Trophy winner was so lethal on the running game that, by watching him play, you would almost think he is a running back at the quarterback position. Mariota can escape the pocket and throw on the run, as well as keep the ball and make the opponents miss down the field. This offers better promise for the team compared to Mettenberger, whose running game depreciated to zero-existence. The fact that the 2014 Tennessee starter is not as flexible as the young Mariota makes it difficult to trust Mettenberger over the current rookie.Mariota, a Good PasserAnother important thing about Mariota is that he was one of the premier passers in the entire nation last year in Oregon, something that could prove important for the Titans, who struggled a lot in the offensive aerial game last year. As he led to Ducks to the college football national championship game (where they lost to Ohio State), Mariota accumulated 4,000-plus yards passing and over 40 TDs with just a handful of interceptions. And to encourage his efficiency, the signal-caller showed that he can escape pressure and throw on the run, something Mettenberger has struggled to do with a bad leg.Good Coaching and Support System for MariotaOf course, nothing makes a rookie QB more successful than the coaches that surround him, and based on the current outlook, the coaching situation in Tennessee could favor Mariota’s success. Apart from the experience that comes with Coach Ken Whisenhunt marking his 18th year as a professional football coach, history shows us that Whisenhunt has coached some of the greatest QBs in the league, including Philip Rivers (currently at San Diego), Ben Roethlisberger (Pittsburgh) and Kurt Warner (Arizona), so doing the same with Mariota should be possible.Moreover, on top of Mariota’s good physical qualities of being tall and strong, he is a young talented QB surrounded by players who are willing to support him. Outside the decision made by Whisenhunt and his staff to tailor the offense to get the best out of Mariota’s solid spread-oriented college offense, the front office forayed deep into the free agency and draft to get Mariota the tools and weapons needed for him to succeed as a first year.For example, after a poor 2-14 performance last season, the Titans have reloaded their offense with talent, with the likes of RB David Cobb, fullback Jalston Fowler and WR Dorial Green-Beckham offering Mariota an energy-filled group of players looking to make their mark. 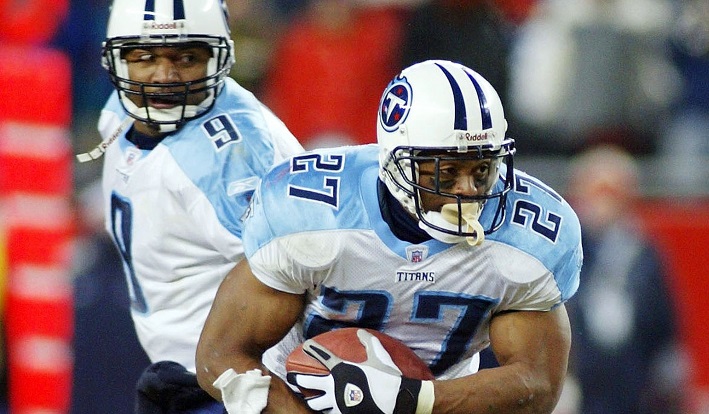 Mariota is the face of the FranchiseEvery NFL team is looking for a sterling representative of their organization, which can encourage supports and pride from the fans. Jake Locker failed and did not have the aura that made the team legend Tommie Campbell Moon shine so brightly. Back at Eugene Country Club, the Ducks held their annual spring game following several weeks of practices. The rookie QB was in attendance and received a standing ovation and a collective thank you from the university and fans. Looking at his résumé, the 2014 Heisman Trophy winner is undeniably special, has true sportsmanship qualities and elite athleticism, elements that have so far seen him received warmly at Tennessee, with the fans having several things to brag about.Final RemarksWith such a strong support system, from the fans, to the management and players, and even the trust of a coach willing to bend the playbook in his favor, Mariota will have a great opportunity to succeed, especially if he continues to show the commitment he’s repeatedly exhibited in the offseason trainings. As a cautious remark for fans and NFL bettors, Mariota is still inexperienced, and the Titans still have a number of holes to fill from last year’s group that could only collect two measly wins in 2014, so there’ll be need for some patience and cautious optimism about the rookie and what he can do. Even the great Rome, celebrated as it is today, was not built in one day!Sources:Wikipedia.org (https://en.wikipedia.org/wiki/Ken_Whisenhunt)NFL.com (http://www.nfl.com/draft/2015/profiles/dorial-green-beckham?id=2552491)
Older post
Newer post