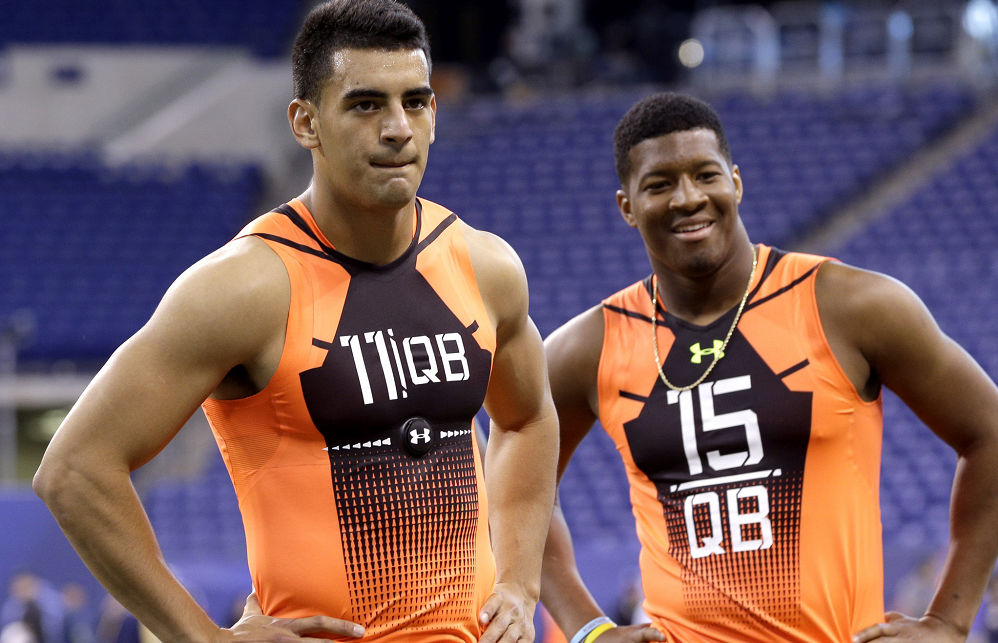 NFL News and Rumors
If you’re a football fanatic or gridiron aficionado looking for some NFL betting odds that will be keeping an eye on the respective rookie seasons of quarterbacks Jameis Winston and Marcus Mariota, then you’re in for a fun-filled treat!  You see, thanks to some creative oddsmaking and the recent release of some fun-filled, season-long NFL futures odds surrounding the pair of young signal-callers, both, casual ‘office cooler’ football bettors and experienced NFL gamblers alike, have the opportunity to cash in with a series of potentially winning wagers on both quarterbacks. No matter which category of betting enthusiast you fall under, you’ve probably already formed an opinion on how the careers of top two picks in the 2015 NFL Draft will play out, starting with their quickly-approaching rookie seasons. Let’s take a look at the futures odds for both, followed by my thoughts and predictions on which quarterback is going to shine more in 2015.

JAMEIS WINSTON PASSING YDS: OVER 3750: +115 UNDER 3750: -155 Can Winston’s rookie season compare to Cam Newton’s or Andrew Luck’s? The aforementioned pair are the only rookie quarterbacks in league history to top 4,000 passing yards as a rookie.

Analysis: Sure, Jameis Winston has had more than his share of off-field drama and often displays a lack of maturity, but there’s no denying that Winston is one of the most talented young signal-callers we’ve seen in recent memory. 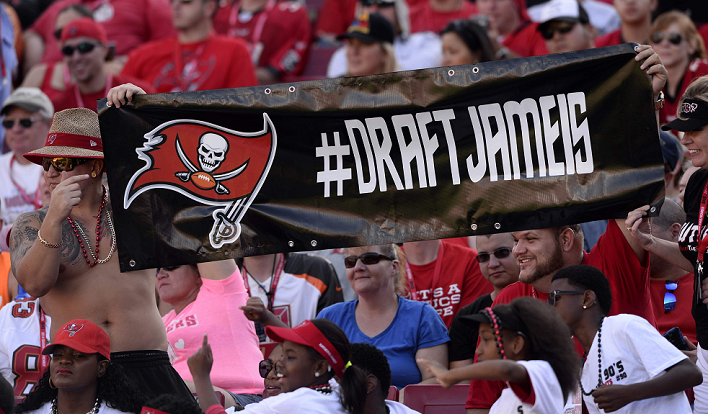 “Jameis on the field will grade out exceptionally well,” former NFL quarterback Trent Dilfer told reporters recently. Dilfer, who coached Winston at the Elite 11 high school camp, also said that “He (Winston) did stuff in college NFL quarterbacks can’t do.” Still, there is no way I see Jameis Winston topping 3,750 passing yards as a rookie while playing for run-first head coach Lovie Smith. Cam Newton threw for 4,051 yards as a rookie in 2011 and Andrew Luck topped that mark as a rookie in 2012 with 4,101 passing yards, but I don’t see Smith giving Winston the freedom to throw the ball as much as he would need to in order to top this proposed Over/Under Total. JAMEIS WINSTON TD PASSES OVER 19½: -120 UNDER 19½: -120 If you know whether or not Winston will throw at least 20 touchdown passes as a rookie, you could cash in big! Analysis: The good news for Winston as far as this wager is concerned is that he has a pair of outstanding receivers to throw to starting with sophomore wide receiver Mike Evans and quality veteran Vincent Jackson. 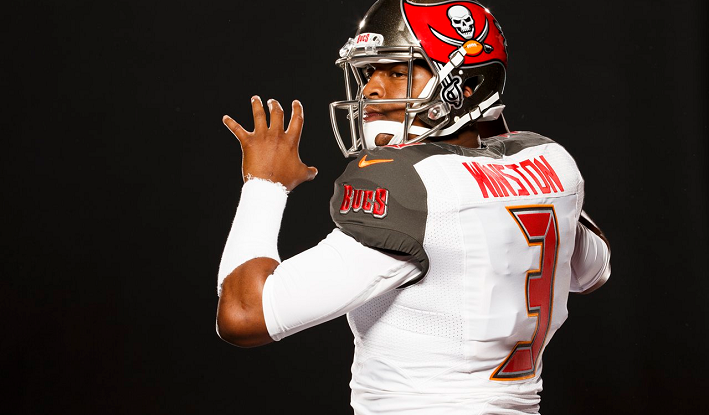 While no first-year quarterback in NFL league history has thrown more TD passes than Russell Wilson’s and Peyton Manning’s rookie record 26 touchdown passes, I’ve got to believe that, even while playing in a run-first offense, Winston can reach the 20-touchdown pass plateau. The 6-4, 230-pounder completed at least 65.3 percent of his passes in each of his two seasons at Florida State while throwing a combined 65 touchdown passes, leadig me to believe he’ll easily top this figure. JAMEIS WINSTON INTERCEPTIONS: OVER 17½: -120 UNDER 17½: -120 Analysis: Winston threw a whopping 18 interceptions as a Florida State sophomore in 2014 and I believe he’ll throw somewhere in the same vicinity as a rookie in 2015. If you don’t know, the now legendary Peyton Manning threw a whopping 28 interceptions in his first season with the Indianapolis Colts. Brett Favre had 13 in his first season as a starter, Dan Marino had 17 in his first full season and the now-disgraced Tom Brady tossed 18 in his first full season. It’s going to be close here, but I’m going with the Over. 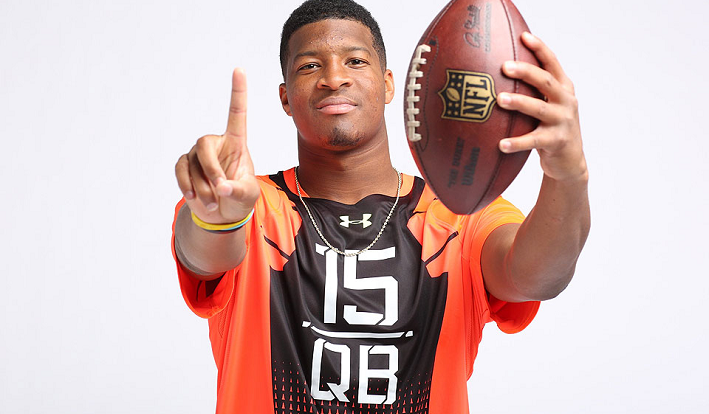 MARCUS MARIOTA PASSING YDS OVER 3400: +110 UNDER 3400: -150 Analysis: When you look at Marcus Mariota’s career passing statistics at Oregon, you may wonder why he wasn’t the No. 1 overall pick instead of Winston. Still, some wonder if Mariota can make the leap to becoming an NFL quarterback after playing in a spread offense designed to put play at a fast tempo and put points on the board in a hurry.

“I think what we’re all learning is that the NFL defenses catch up fairly quickly to the new style of quarterback,” NFL Network chief draft analyst Mike Mayock said recently. “At the end of the day, if you can’t win from within the pocket, you’ve got no shot at being a franchise quarterback in this league. “It’s a really difficult projection.” 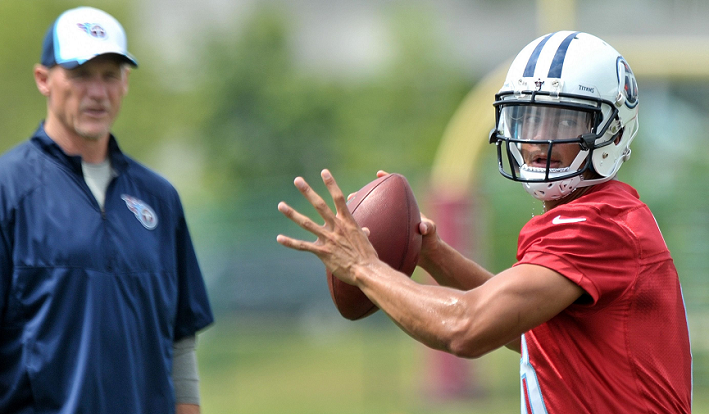 Mariota completed at least 63.5 percent of his passes in all three of his seasons as a starter at Oregon while never tossing more than six interceptions in any season. Still, I believe the 2014 Heisman Trophy winner is going to fall just short of reaching the 3,000-yard mark this coming season. MARCUS MARIOTA TD PASSES OVER 17½: -110 UNDER 17½: -130 Analysis: Mariota finished his collegiate career with an insane 105 TD passes and just 14 interceptions. Personally, I think it’s a lock the Tennessee Titans’ draft pick tops this figure. MARCUS MARIOTA RUSHING YDS OVER 425½: -120 UNDER 425½: -120 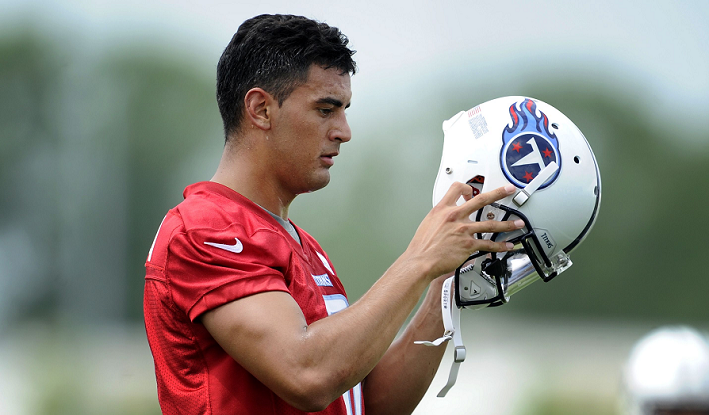 Analysis: Mariota also has an added skill set that Jameis Winston doesn’t and that is his wonderful ability to run the ball as well as any quarterback in recent memory. Mariota may stand 6-4, but he’s a relatively thin 219 pounds and as fast as any quarterback in the league today. With the fleet-footed signal-caller having rushed for at least 700 yards in each of his three seasons at Oregon, I think it’s a lock Mariota tops this fun-filled Over/Under Total. Rushing Touchdowns MARCUS MARIOTA RUSHING TDS OVER 3: -120 MARCUS MARIOTA RUSHING TDS UNDER 3: -120 Analysis: If you’ve watched Mariota at any point in his career, then you should know the former Oregon star is a virtual lock to top these season-long props odds. Mariota ran for five touchdowns as a freshman in 2012 before adding nine more rushing scores as a sophomore and another 15 rushing touchdowns as a junior in 2014. 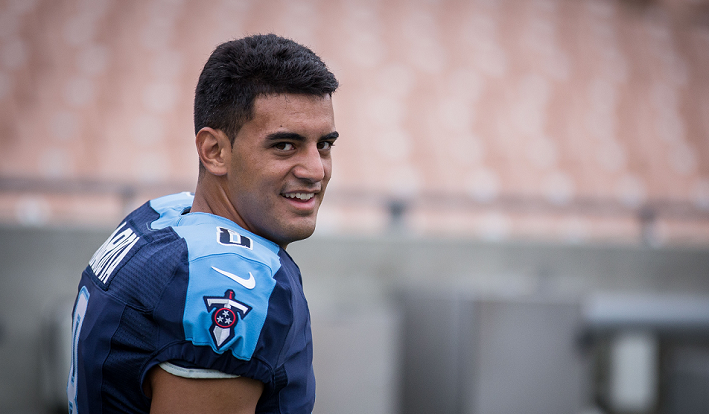 Now that you know all about these exciting season-long futures odds centered around the upcoming rookie seasons of Jameis Winston and Marcus Mariota, the big question is, who do you think will shine more in 2015? You can bet on these special NFL prop and may other football odds bets at mybookie.ag. Sources: Wikipedia: https://en.wikipedia.org/wiki/Trent_Dilfer Fox Sports: http://www.foxsports.com/nfl/peyton-manning-player
Older post
Newer post