NFL News and Rumors
If you’re new to NFL betting and you want to know more about the jargon that is used in today’s modern NFL, then you’ve come to the right place!Thanks to this MyBookie.ag original on much of the terminology used in today’s National Football League, you’re going to find out what the difference is between a check-down and a chip-shot or a blitz and a bootleg.That’s right pro football betting buffs, it doesn’t matter of you’re an experienced veteran or a brand new bettor, this fun-filled football column will help you learn more about today’s NFL terminology than ever before.

Every quarterback adjust to NFL terminology no matter the system you come from, it’s just different.

Alright… with that said and the 2015 training camp period approaching ever so slowly, let’s get started.

All-Purpose Yardage – All-purpose yardage is the entire amount of combined yardage a player or team compiles in a game whether it be from rushing, receiving or returns.

Ball Control – Ball control means that teams feature more of a run-based offense that stresses low-risk plays that generally result in fewer turnovers.Bench – Each team has a bench area on its respective side of the field where players can sit rest and or receive treatment for minor injuries or equipment adjustments.Broken Play – When a designed play falls apart, it’s called a broken play.Bump-and-run – A bump and run is defensive method employed by the cornerbacks covering the opposing wide receivers. The defender plays close to the receiver at the line of scrimmage and ‘bumps’ the receiver as he comes off the line and then runs downfield with him. The technique is aimed at disrupting the finely-tuned timing between a wide receiver and his quarterback. 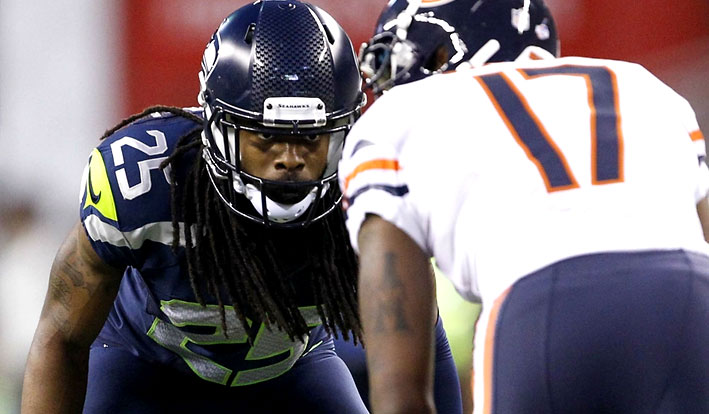 Bust – A bust is a high draft choice who fails to live up to expectations in the NFL.

Chains – The ‘chains’ refers to the ten-yard marker used to determine if there is a first down.Check-down Pass – When a quarterback throws it to a short-range receiver in order to avoid a sack or as a secondary option to a covered primary receiver.Comeback Route – A comeback route is when a receiver runs directly downfield and then abruptly turns around and runs directly back toward the line of scrimmage and quarterback.

Dime Back – A dime back is a sixth defensive back.Down-by-Contact – When an offensive player is down and touched by a defensive player he is ‘down by contact’ (even inadvertent) and cannot continue the play.Drop Kick – A drop-kick is now a rarely seen kick in which the ball is dropped on the ground and kicked after it bounces once.

Eligible Receiver – All players who are able to touch a forward pass are considered eligible receivers. 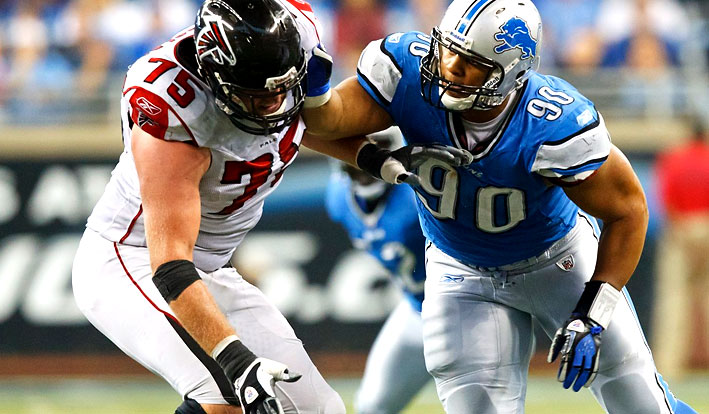 Encroachment – When a defensive player is positioned across the line of scrimmage before the ball is snapped.

Fair Catch – A fair catch takes place when a punt returner decides to not return the ball and makes a gesture to officials before catching it without advancing it.Flag – Referees throw a flag from their pockets to signal that a penalty has taken place.Field Position – A team’s position in relation to the end zone. For example, beginning a drive on your own 40-yard line would be considered good field position.Forward Progress – The furthest point where a ball carrier’s momentum took him before he was tackled.

Game Manager – Game manager is a new term used for a quarterback who is not asked to throw the ball much and keep turnovers to a minimum.Goal-Line Stand – When a defense stops the offense on multiple tries inside their own five-yard line, forcing the offense to either kick a field goal or better yet, a failed fourth-down attempt.

Hands Team – A group of players with good hands that can handle the ball well and recover it in the event of defending an onside kick. 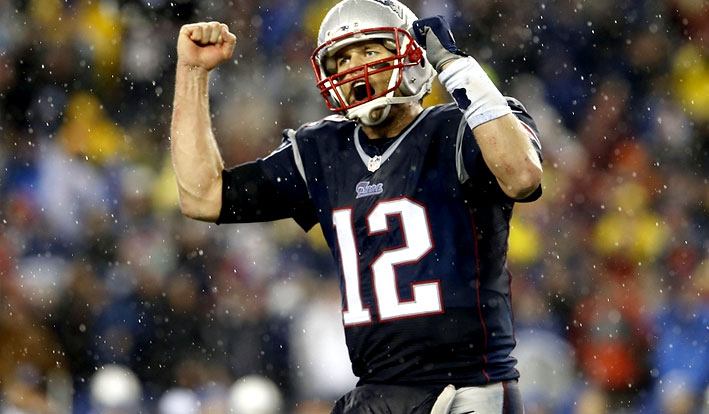 Hard Count – When a quarterback tries to lure the defense to go offside by using a stronger ‘cadence’ or tone to his voice prior to the ball being snapped.Holding – When a player’s progress is stopped or impeded by being held illegally by an opposing player.Horse Collar – When a player carrying the ball is brought down by a defender who grips the inside part of his uniform around the ‘collar’ and pulls him down.Hurry-Up Offense – Often used in today’s fast-paced NFL, a hurry-up offense is one that takes little time between plays. SourcesWikipedia.org (http://en.wikipedia.org/wiki/Line_of_scrimmage)NFL.com (http://www.nfl.com)
Older post
Newer post