NFL News and Rumors
Over the recent times, we’ve been talking about NFL teams and players that look poised for a solid representation in the 2015 NFL odds. In this article, we’ve decided to take a look at the flipside of the discussions, predicting the NFL players and teams that are likely to disappoint. Read on and feel free to judge your way down the predictions.

The Saying that “just because a team succeeds in the previous year doesn’t mean it will succeed in the next year” applies to the Broncos. Coming off a season where they went 8-0 at home, 10-2 in the conference and 12-4 overall, the Broncos certainly had a solid season. Unfortunately, Peyton Manning is getting older and weaker, Julius Thomas is gone, the AFC West is looking tougher with the San Diego Chargers and Kansas City Chiefs looking like solid divisional title contenders, and their 10th-toughest schedule (138-117-1, .541 winning percentage) doesn’t look favorable. With such factors working against them, it would not be a surprise if the Broncos struggle to the point of missing the divisional title or even sitting out of the playoffs.

Help the #Patriots win at this year’s ESPYs: http://t.co/P5AiTHDKVu pic.twitter.com/HY9lUtXpWc

Hold your horses! We are not saying that the Pats will be missing the playoffs or anything like that. What we mean is that, if the Deflategate charges against the Patriots stand, then there could be some regression in the team’s winning total at the end of the season, which would effectually affect things like home field advantage and their eventual playoff run. In addition, Darrelle Revis, Kyle Arrington, Brandon Browner and Alfonzo Dennard are all out of New England, so although re-signing Devin McCourty was a good move and their front seven still has enough talent to function serviceably, we won’t be seeing the same choking pass-rush unit from 2014. Not to mention, the Bills, Dolphins and Jets come into 2015 with considerably improved teams, so the AFC East title won’t be smooth for the Pats, as was the case in 2014. Therefore, even if they’ll be making the cut for the playoffs, they will probably be doing so with less wins and a weaker record than last year.

There is simply no way the 49ers are destined for a good season. Not after Justin Smith, Patrick Wells and Chris Borland decided to retire, while Frank Gore, Michael Crabtree, Mike Iupati, Perrish Cox, Brandon Lloyd, Chris Culliver and Stevie Johnson were lost during the free agency. When you don’t lose that many players, your competitiveness will be surely affected in a negative way, even if you brought in some plug-in players from the free agency and NFL draft. Oh, and Jim Harbaugh—the best thing that ever happened to the 49ers in the last 20 years—is gone as well, and in his place, the 49ers have Jim Tomsula, a coach with nothing on his résumé in leading a high-tier team. With such major changes, competition against the Seahawks and Arizona is out of question, and even holding off the St. Louis Rams will be a tall order.

Coming off a solid season where he had 85 receptions, 889 yards and 10 TDs, Graham was certainly a hot player for the Saints in 2014. Resultantly, the Seahawks saw it fit to snatch the tight end from New Orleans, hoping that he’d make an immediate impact in Seattle in the new season. Without doubt, Graham is a natural talent and any team with a good pass-oriented quarterback is bound to value in him. Unfortunately, Seattle’s Russell Wilson is more of a runner than a thrower, which is likely to limit Graham’s numbers as he will be less targeted with the ball, setting him up for a disappointing season. 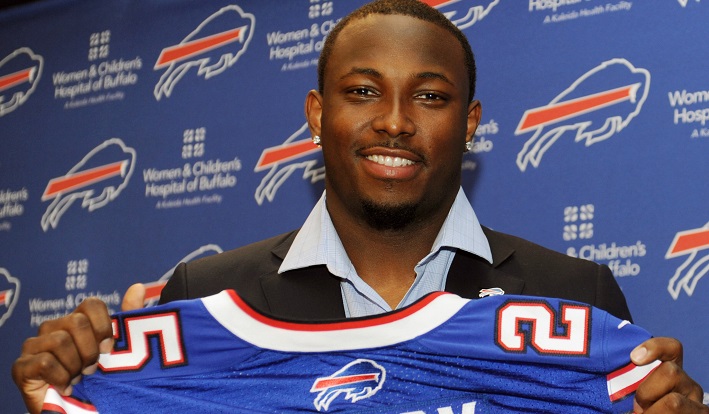 Okay, I’ll be the first one to admit that mentioning McCoy here is a bad gamble, kind of like me going out on a limb in a dangerous way. Coach Rex Ryan is good (if not great) coach and hiring San Francisco’s former offensive coordinator to take up the offensive coordination responsibilities in Buffalo is likely to set a viable environment for McCoy to flourish. However, the Bills have an offensive unit in transition (unlike the solid unit he operated in at Philadelphia), while the run-blocking abilities in Buffalo are less than stellar. Like Graham, the system in Buffalo could thus be McCoy’s undoing in 2015, making him more likely to fail than succeed.

The writings have been on the wall for Jones’ failure, so his name here shouldn’t be much a surprise. With just 3 sacks in 11 games over his last two seasons, Jones has been a mockery of being a first round pick. Jason Worilds, Pittsburgh leader in sacks from last season is gone, meaning Jones could get some decent playing time, probably fighting it out with James Harrison and 2015 first round pick Bud Dupree. If and when he does get the time on the field, Jones’ recent numbers point out to another poor season, so don’t expect much from him. Sources: NFL.com (http://www.nfl.com/player/devinmccourty/494287/profile) ESPN.go.com (http://espn.go.com/nfl/player/stats/_/id/4433/james-harrison)
Older post
Newer post