NFL News and Rumors
You’ve probably heard the old saying that there’s a sucker born everyday. Well, guess what NFL gridiron gamblers?That age-old adage often applies to NFL decision-makers, hopefully, not in a city near you.All jokes aside. As I always say…Winning and losing starts at the very top and I don’t mean with the head coach. No, it starts with the owner and general manager first and foremost.Competent owners and general managers have a way of turning their respective franchises into perennial winners while poorly-equipped decision-makers have a way of turning their franchise into either, annual bridesmaids or worse, afterthoughts.Thankfully, this fun-filled look at the NFL betting ‘Nasty Nine’ worst NFL moves this offseason will both inform and entertain while providing a bit of comedic relief as the 2015 offseason drags on. 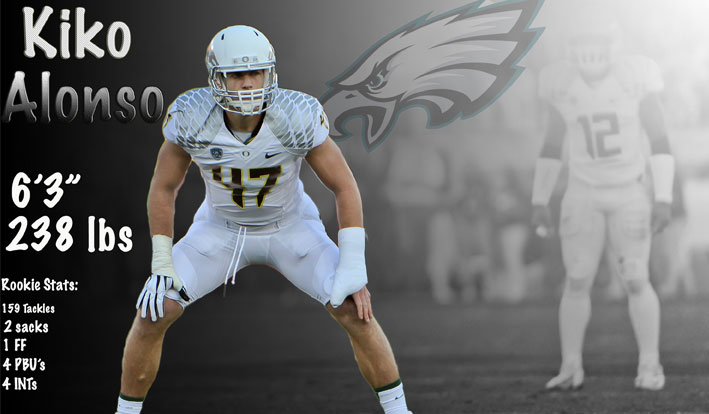 I’ve said it to numerous colleagues, football fans and friends… If linebacker Kiko Alonso doesn’t turn out to be the second coming of Dick Butkus, Chip Kelly will be the mastermind of arguably the worst transaction in franchise history.A lot’s been said in the media about this strange trade, but the bottom line for me is that McCoy is a perennial Pro Bowler and arguably the best running back in the game today while Kiko Alonso is a young linebacker that had a fine rookie season in 2013 – before missing all of 2014 with a torn ACL.There’s no way any GM in his right mind is trading a player that’s in the top three at his position for a guy that has played only one season and missed his second year with an ACL tear. No matter how you look at it…that’s absolutely nuts – and my No. 1 foolish NFL move this offseason. 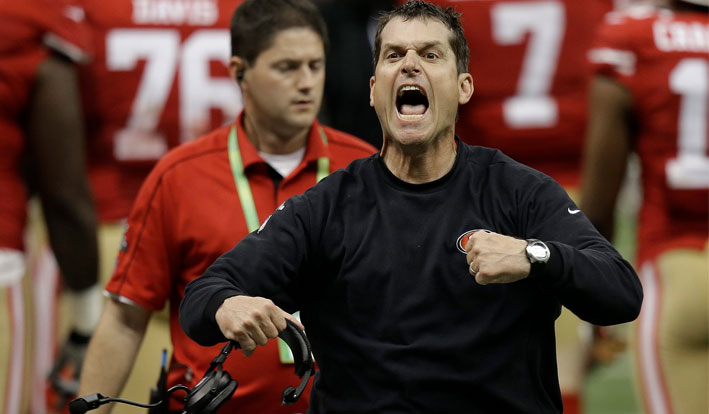 The San Francisco 49ers are undoubtedly having one the worst offseasons of any team in the league and it all started with the team’s stunningly stupid move to part ways with elite head coach Jim Harbaugh.The now Michigan University head coach led Frisco to a stellar 44-19-1 record in four seasons while making three NFC Championship Game appearances and one Super Bowl appearance.Despite his glowing success, Harbaugh and Niners’ management never got along very well, leading to a departure that many NFL insiders and fans saw coming about two years ago.Now, the Niners are likely going to revert back to being a middle-of-the-pack kind of team they were before Harbaugh’s arrival in the Bay area a half-decade ago. 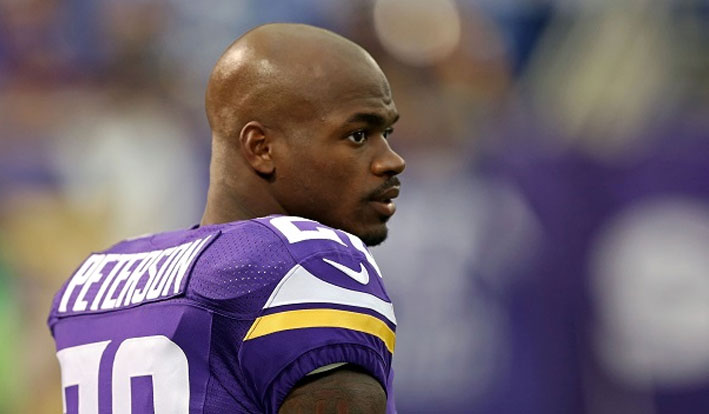 It’s a shame that the Vikings and Adrian Peterson have reached such an impasse, but the fact of the matter is that Minnesota blew its chances of ever having a happy Peterson on board once they publicly admonished him for his role in last year’s child abuse case.A lot of folks want to make this about right and wrong and contracts and so forth, but the fact of the matter is that Peterson will never be happy in Minnesota and I now for a fact that his wife definitely dislike many in the organization.An unhappy Peterson means he almost certainly won’t be as productive as he once was. What the Vikings fail to realize (or won’t admit to themselves) is that this situation is only going to get worse moving forward, likely ending in nasty parting of the ways,I thin the Vikings should look to move the still-elite Peterson and add some more players to build around new franchise savior Teddy Bridgewater, but hey, that’s just my opinion. 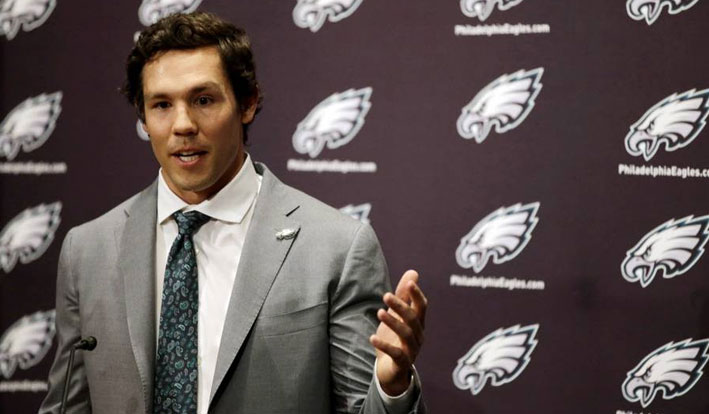 Clearly…Philadelphia Eagles head coach Chip Kelly is smoking the ‘good stuff’ people. I mean…first Kelly foolishly traded Pro Bowl running back LeSean McCoy and then he followed that up by jettisoning promising young quarterback Nick Foles in favor of a perennially-disappointing Sam Bradford. Call me crazy, but I think this move could backfire in Kelly’s face big-time. 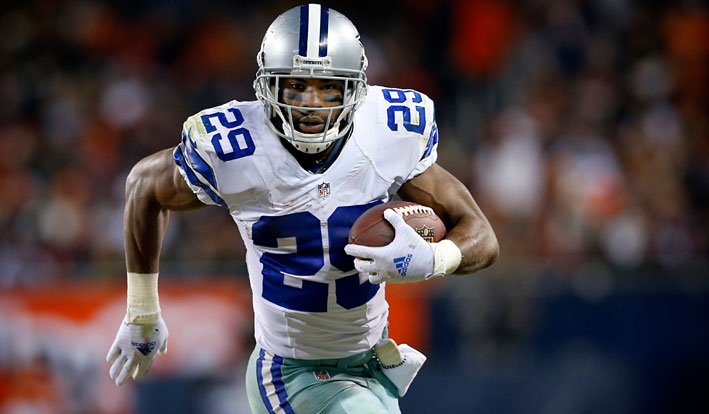 Waah…waah…waah.Please raise your hand if you’re sick and tired of Tony Romo’s crying about how he would have given back some of his salary to keep running back DeMarco Murray, the league’s rushing leader in 2014!First of all…Romo is full of it since he didn’t start making his declarations until after Murray signed with the Philadelphia Eagles…and secondly, the Cowboys were just plain foolish to not bring back Murray at a decent rate for the next two or three years at most.Murray’s power rushing style worked perfectly last season for a Cowboys team that suddenly has the best offensive line in the game. Now…the Cowboys will rely on an aging Darren McFadden and a slew of untested younger backs…and for a team that wants to really contend for a Super Bowl title, that’s just plain foolish.Houston Texans Failure to Address Starting Quarterback Spot!The Texans are apparently planning on going with 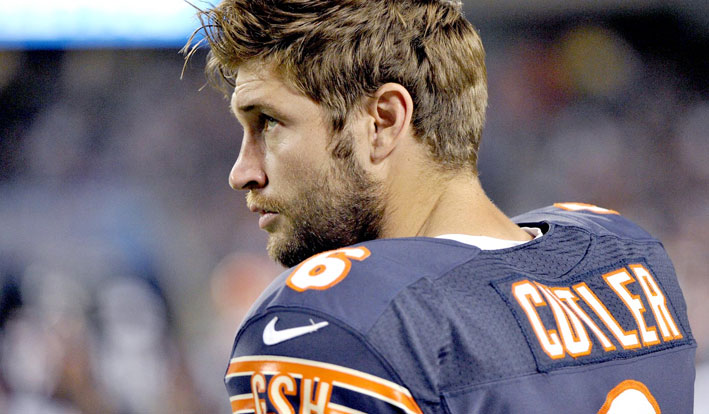 I know the Bears are kind of stuck with underachieving quarterback Jay Cutler after foolishly overpaying for the strong-armed yet, weak-minded signal-caller a couple of years ago, but I say Chicago needs to cut ties with Cutler now before their dysfunctional marriage gets really ugly. I know from my sources that at least half of the Bears players no longer want the standoffish Cutler as their starting quarterback and I can see why. Talk about irreconcilable differences! 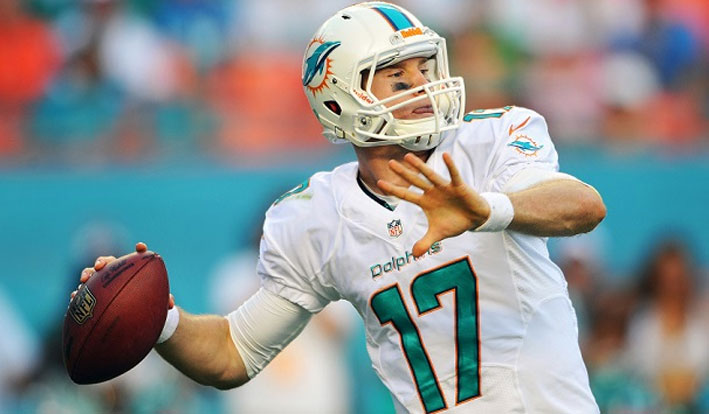 Maybe it’s just me, but I’m going on record right now to say that I believe the Miami Dolphins foolishly overpaid starting quarterback Ryan Tannehill this offseason despite the fact that the former Texas A&M signal-caller has yet to lead them to the postseason. The Dolphins gave Tannehill a six-year, $96 million contract extension with $45 million guaranteed.“We are thrilled that we were able to sign Ryan to an extension,” said Mike Tannenbaum, Executive Vice President of Football Operations. “He is an ascending talent, a team leader and checks all the boxes you are looking for at the position.”I wonder if the Dolphins will feel the same way about Tannehill in three years, but I suspect not! 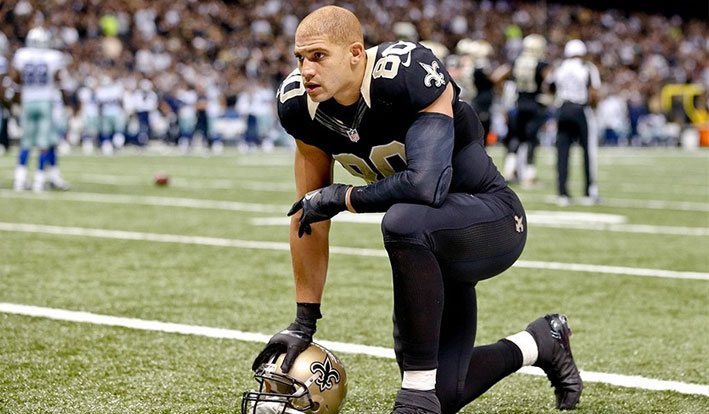 The Saints got a Pro Bowl center from Seattle in veteran Max Unger and I guess he’ll help keep future Hall of Fame signal-caller Drew Brees upright and healthy moving forward, but I still think New Orleans gave up a bit too much in trading Jimmy Graham, a player that is arguably the best in the league at his position. As a matter of fact, Graham is so talented, that he is a really a hybrid wide receiver trapped in a tight end’s body.

Every Team Passes on La’el Collins

When the news came out that former LSU offensive tackle La’el Collins had an ex-girlfriend that was killed, every team in the league foolishly distanced themselves from the sure-fire first round pick.Even though Collins was never listed as a suspect by police and has since been proven to not be the biological father of the woman’s now-deceased child, no NFL team wanted to take a chance of drafting Collins – until the Dallas Cowboys signed him as an undrafted free agent for just $1.7 million over three years. Now, every team’s foolish decision to pass on Collins could haunt them for years to come.Sources:ESPN.com: http://espn.go.com/nfl/player/_/id/14005/demarco-murrayNFL.com: http://www.nfl.com/player/jaycutler/2495824/profile
Older post
Newer post