NFL News and Rumors
If you’re looking to increase your chances of cashing in on Drew Brees and the New Orleans Saints NFL betting lines as they make their way through the remainder of the 2015 NFL preseason and into the regular season, then you’re going to need to gather as much information about the Saints as possible – and that’s where I come in.You see, I’m going offer up three expert insights on the Saints following their entertaining 30-27 Week 1 preseason loss to Baltimore that could go a long way toward helping you cash in on New Orleans all season long.

With that said, let’s get started.

The Saints traded perennial Pro Bowl tight end Jimmy Graham to Seattle in exchange for veteran center Max Unger and I initially thought the Saints couldn’t have been more foolish. However, after seeing talented watching talented third-year tight end Josh Hill haul in three passes for a team-high 40 yards, I’m a lot more optimistic that the Saints will get some decent production out of the tight end position in 2015, even if it doesn’t quite equal what Graham brings to the table. Hill caught 20 balls for 176 yards last season with five of those catches going for touchdowns, but should see a ton more passes this season as Drew Brees’ No. 1 tight end.

Both Lines Have Weak Links!

Maybe it’s me, but right now, I’m thinking the Saints are going to have some legitimate trouble along both of their lines. 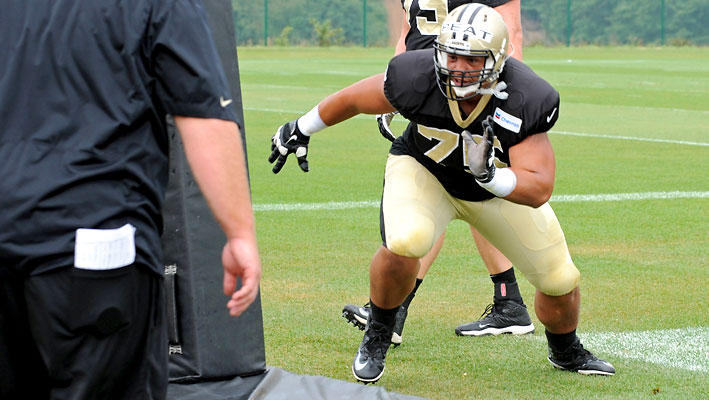 I know the addition of Pro Bowl center Max Unger was a smart move by the Saints as was the drafting of talented tackle Andrus Peat, but right now, the pair would have to play two positions apiece simultaneously in order to give the Saints the quality talent they’re clearly lacking.O the defensive side of the ball, New Orleans waived second-year defensive lineman Lawrence Virgil after he was injured in their preseason opener even though he looked like a player that was going to earn a roster spot.Nose tackle John Jenkins, in particular, really struggled, although none of his young defensive line mates were much better.  I know it’s early but if I were a Saints fan or coach, I’d be concerned about upgrading both lines, particularly the defensive line.

Stay Away from the NFL Betting Spread People!

The explosive Saints ranked first in total offense last season and ninth in scoring (25.1 ppg) while simultaneously finishing 31st in total defense and a dismal 28th in points allowed (26.5).New Orleans high-scoring offense – and generous defense – combined to help Drew Brees and company play over their O/U Totals 10 times last season and I’m going on record right now to say that more of the same is in store for the Saints in 2015.I don’t think the Saints addressed their defensive needs nearly as well as they probably believe they did, but hey, at last New Orleans can score the ball like nobody’s business – even if they are equally giving defensively.
Older post
Newer post