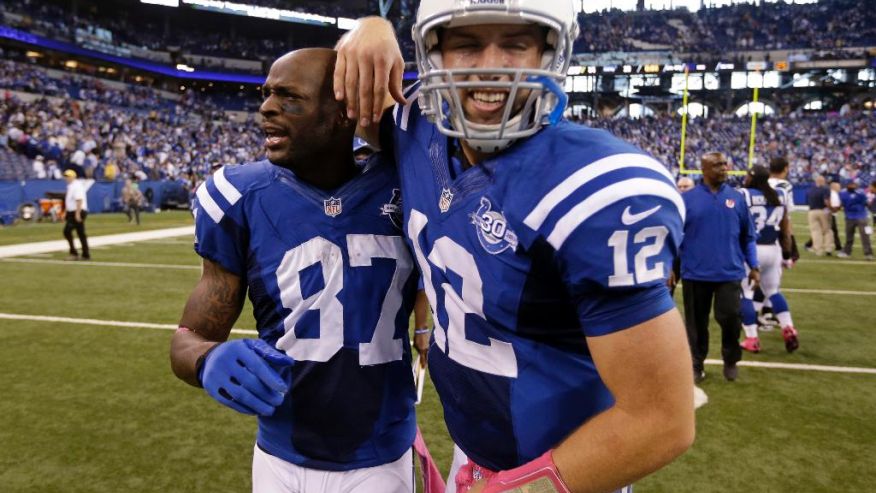 Written by Jordan Walters on January 8, 2015

NFL News and Rumors
The teams that win in the playoffs are the ones that play better under pressure situations. The feeling among many is that Andrew Luck will have the pressure of trying to prove his worth when going against the QB he replaced, but that pressure is something he has carried from the very first snap he took in a Colts uniform. Who has the edge heading to this game? Lets find out in this NFL betting preview.
NFL Second Round Playoffs
Date/Time: Sunday, January 11, 4:40 PM
Location: Sports Authority Field at Mile High, Denver, Colorado TV: CBS Spread: Broncos -7
The Indianapolis Colts fans will never forget what Peyton Manning did for the franchise during his time there. During his tenure with the Colts, Manning won two MVP’s and led the Colts to a 29–17 victory over the Chicago Bears in Super Bowl XLI. However,  Luck has most of them thinking about the future rather than wallowing in the past. Luck has put up video game type numbers this season, but the one thing that will keep him out of MVP contention is the habit he has of throwing picks. That’s not all his fault, though, as he has a heavy load to carry, since this is a team that doesn’t really possess any sort of running game. Until they do, they are going to remain pretty one-dimensional.

The Broncos have had to work harder than most people expected this year, especially with a number of key injuries to the offense plaguing them all year. They have seen their defense step up their game, which many people believe puts them in a better position to win it all than they were last year. You would think that Peyton Manning has nothing left to prove at this point in his career, but the last few weeks of the season saw some doubts being cast on his future and the ability to get the job done. That talk may be just enough to give him some added inspiration. BETTING PREDICTION The Broncos have been installed as a 7-point home favorite, even though they were not a particularly good bet there all season, going just 4-4 ATS. That said, the last meeting between these two at Mile High saw the Broncos win SU and ATS. The Colts were a healthy 11-5 ATS this season, and were able to go 5-3 ATS on the road. The offenses of both these teams is what gets all the press, but the fact of the matter is that it’s likely going to be defense that wins this one. The Broncos have a better D than most people are aware of, and if they can get to Luck, they will force turnovers. That’s why I like Denver to win and cover.
Older post
Newer post