NFL News and Rumors
In the upcoming NFL betting season, the NFC East promises to be one of the most evenly matched divisions, as the Dallas Cowboys, Philadelphia Eagles and the New York Giants matching up closely, and the Washington Redskins figuring to have a better campaign than they did in 2014. If the NFC East teams can keep their rosters healthy, here is how we believe the division will play out in terms of the 2015 team totals:

2015 Win Prediction: 11-5Coming off a 12-4 season, the defending NFC East champs looked well poised to make another run in 2015, as they retained the services of their No. 1 receiver Dez Bryant. Unfortunately, the Cowboys lost their lead running back DeMarco Murray to divisional rivals Philadelphia This can affect their ground game, unless the running back combo of Joseph Randle, Lance Dunbar and Ryan Williams, Darren MacFadden and Lache Seastrunk find a solution amongst themselves. Still, with a favorable 2015 schedule, the Cowboys could be on their way to another divisional title, though they’ll need to fend off competition from the Eagles, who look to be Dallas’ biggest threat in the new season.

2015 Win Prediction: 8-8Entering the new season, the G-Men come with a developing partnership between Eli Manning and Odell Beckham Jr., which could prove crucial in the team’s 2015 campaign. Signing former Patriots running back Shane Vereen is also likely to boost the Giants’ backfield that boasts of the talented duo of Rashad Jennings and Andre Williams, especially because Vereen can double up as a receiver. Defensively, there wasn’t much offseason activity, though franchising defensive end Jason Pierre-Paul was a crucial move. In overall, the Giants are an averagely improved unit, which should see them make a lot of noise in the division, but as far as the playoffs are concerned, their chances don’t look that promising.

2015 Win Prediction: 10-6After leading the Cowboys to a second-best ranking in the league in rushing, including an NFL-high 392 carries, 57 receptions and 16 total touchdowns, the Philadelphia Eagles are hoping that signing Murray will orient similar results in their offense. Murray aside, the Eagles added a few more pieces in the offense, while their secondary also benefitted from the signing of cornerback Byron Maxwell and other defense-minded players. Having finished with a 10-6 record in 2014, the bolstered Philadelphia roster could easily propel the Eagles past the 10-win mark. Nonetheless, with so many questions yet to be answered about who will be the team’s lead quarterback, a 10-6 mark would be the safest winning pick as of now. 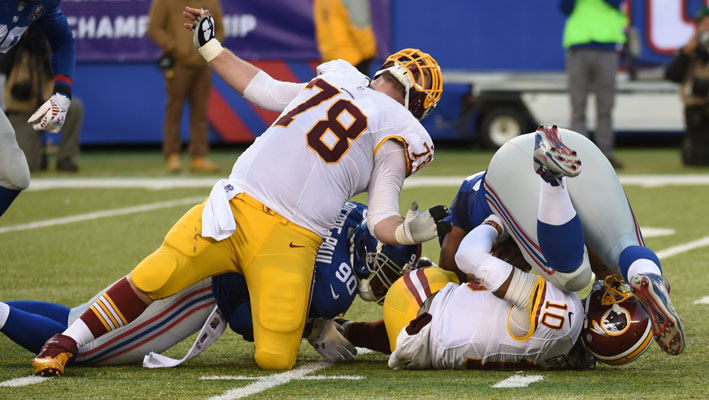 2015 Win Prediction: 6-10Going by their decent offseason moves, the Redskins are very likely to have a bounce-back year, though after going just 4-12 in 2014, you shouldn’t have high hopes of some major improvements. With Robert Griffin III possibly having a last chance to prove himself as a starter, expect a strong season from him, with the new recruits also making some positive buzz in Washington, but with an ailing defense and an out-of-sorts front 7, the best record the Redskins will be posting in 2015 would be a 6-10 mark.
Older post
Newer post