NFL News and Rumors
All four of the teams in the NFC North have some intriguing possibility to them. Chicago is emerging from the chaos of the Marc Trestman era. Admittedly, bringing in this CFL winner to run the Bears was an interesting gamble, as the hope was that the Bears would transform from a ground-first team to an offensive firepower with the rifle arm of Jay Cutler. Unfortunately, the clouded head of Jay Cutler was also part of the bargain, and so Trestman’s time came to an end. John Fox will restore discipline and that defense-first mindset that has so long been a part of Chicago football odds. Detroit has a tough schedule, and they don’t have Reggie Bush running the ball anymore, which could combine to keep the Lions from repeating in the playoffs. Green Bay will struggle this year as the division plays the NFC West, and it will be interesting to see if Aaron Rodgers can continue his dominance. The Minnesota Vikings get to bring back probably the game’s best running back as Adrian Peterson returns from his lengthy suspension. So who will carry the crown? The Bears finished 5-11 in 2014 and are looking to rebuild. Chicago will be better this season, but they open with games against Green Bay, Arizona and Seattle. Don’t be surprised to see the Bears in the cellar at 0-3 to start things off. Whether the team can rebound and become competitive will be a testament to Fox’s motivational powers. I’m predicting the Bears to go 6-10, as an 0-3 hole is extremely difficult to come out of. The Packers won’t dominate with a 12-4 record again, because they have Seattle, San Francisco and Arizona on their schedule. Even so, Aaron Rodgers looks to retain his dominant form, and the Packers aren’t losing anyone significant on either side of the ball. Given that the Lions are likely to fall off a bit, I expect the Packers to win the division, but with an 11-5 record. Minnesota is a fascinating team to look at. They do open with a difficult schedule, playing teams that had a .500 record or better in 2014 all the way until Week 8. However, they do have three of their first five games at home. In the last five weeks, they will face three teams who made the playoffs in 2014. Teddy Bridgewater returns for a sophomore season that should be even stronger, particularly with Adrian Peterson to take some of the attention away from this talented quarterback. I predict that the Packers will finish 10-6 but will be denied a wild card. 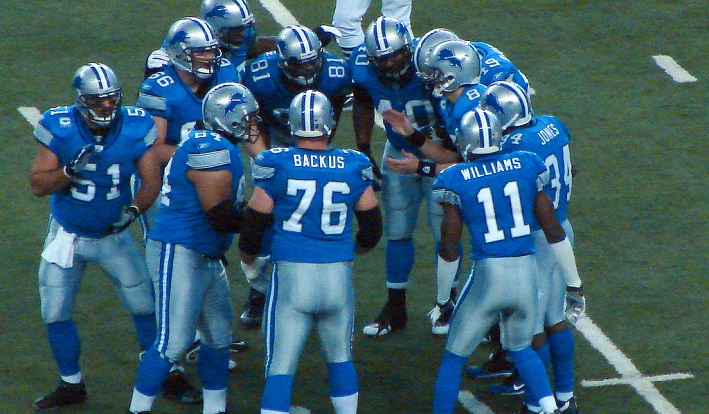 Detroit has a brutal schedule, both at the beginning and the end of the season. Don’t be surprised to see Detroit come out of the gate 1-4, which could make fighting for a playoff spot really difficult. The defense has to deal with the loss of defensive lineman Ndamukong Suh, and the offense has to incorporate a new running back to replace Reggie Bush. I predict that they will finish 7-9. Sources: Wikipedia.org (https://en.wikipedia.org/wiki/Aaron_Rodgers) NFL.com http://www.nfl.com/player/reggiebush/2506874/profile
Older post
Newer post