NFL News and Rumors
The feel of the NFC South has tremendously changed–for the worst–recently, with the once-respected quadruple of Atlanta, Carolina, New Orleans and Tampa Bay now relegated to the so-called class of weak teams in the NFL. Nonetheless, there is still enough hatred amongst the members of this division to make the NFC South title race interestingly competitive and worthy of your time and money in the 2015 NFL Odds. Looking for the best team(s) to bank on in the upcoming NFL season? Feel free to dig into the free NFL betting picks for the NFC South teams that have been prepared for you below:

2015 Win Prediction: 8-8Odds to Win Super Bowl 50: +3000After stagnating under the reign of Mike Smith, the Falcons have a breath of fresh air in Coach Dan Quinn, a tactician whose stellar coaching reputation precedes him ahead of his first season with the Falcons. Playing 8 teams that finished below .500 last season is also bound to provide some impetus for success in Atlanta. Meanwhile, the Falcons have a Top-10 NFL QB in Matt Ryan, who passed for 4694 yards in 2014 (fifth-best in the league) and completed 66.1 percent of his passes with 28 TDs in the process. Considering all such factors, the Falcons should be one the most improved units this year, definitely challenging for the .500-and-above mark.

2015 Win Prediction: 9-7Odds to Win Super Bowl 50: +3000Don’t check now, but Cam Newton is the second-best player in the league, thanks to the new deal he signed with the Panthers last week. After leading Carolina to two back-to-back NFC South titles, it probably makes sense that the Panthers trust him that much. Bearing in mind the Carolina Panthers had a 22nd-ranked strength of schedule in 2014 and finished the season with a division-best 7-8-1 mark, having a 2015 schedule that ranks 27th in the league (with a 0.434 winning percentage) should additionally play in their favor and earn them a winning season. However, with the likelihood of a dogfight in the division, it doesn’t look like Luke Kuechly and company will be winning a third-straight NFC South title.

2015 Win Prediction: 10-6Odds to Win Super Bowl 50: +2500QB Drew Brees ticked all the important boxes needed of him in 2014, but his stellar numbers seemingly didn’t count for much in the end, as the Saints surprisingly finished below the .500 mark with a 7-9 record. Entering the new season, the Saints will be without their best receiver in TE Jimmy Graham (who signed for the Seahawks after catching 386 passes and 51 touchdowns in his five seasons in New Orleans), which could negatively affect Brees’ numbers. Even so, the management in New Orleans has made some decent offseason makeovers to the team (including the addition of WRs Lance Lewis and Kyle Prater), hence a bounce-back season should be in the cards for the Saints. Not to mention, the Saints have the second-easiest home schedule in 2015, which is guaranteed to bump their win total and pace them for the best record in the NFC South. 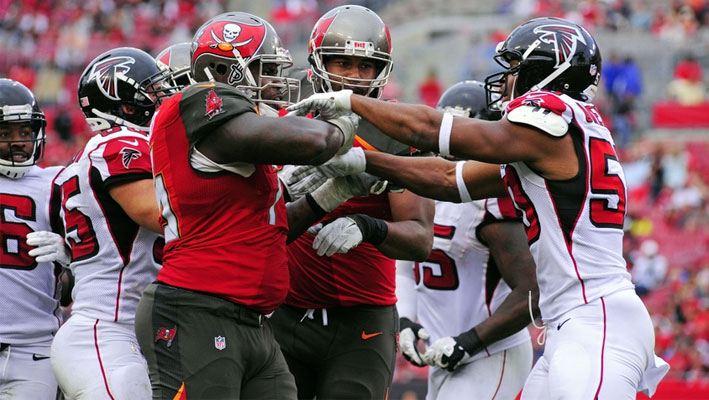 2015 Win Prediction: 5-11Odds to Win Super Bowl 50: +8000Much of the success or failure of Tampa Bay Buccaneers as a unit will be largely dependent on the efficiency of 2015 first overall pick Jameis Winston. Going by his splendid record in college, there is a lot to like about this kid and a solid rookie start could be in the books for him. Of course, his well-known off-field concerns could be a risk to the team, but with everybody waiting for him to do something stupid, my best bet would be that he’ll want to disappoint those hopes by keeping his head focused on the game, so we won’t get to witness much of his bad boy antics from college. Winston aside, the Bucs have a good number of budding talents from the recent draft classes (including linebacker Lavonte David, defensive tackle Gerald McCoy and TE Austin Seferian-Jenkins), while the 2015 offseason has also brought in a number of potential stars to the team. The Bucs could thus be in the mix of the most improved teams in 2015.
Older post
Newer post