NFL News and Rumors
Some NFL franchises, like Seattle and San Francisco most recently, improve each season because they simply make the most out of their draft picks, no matter where they’re picking. Other franchises flounder in front office futility each and every season no matter how high their draft picks may be. Having said all of this, NFL gridiron gamblers everywhere need to know just which teams stand the best chances of improving their NFL lines over the course of the 2015 season because of the upcoming draft selections they’re going to make. Thanks to the in-depth analysis you’re about to get on the NFC teams that I believe have the best chances of improving in 2015,  pro football gaming enthusiasts everywhere will be able to maximize their chances of cashing in all season long. Let’s get started with the handful of NFC teams that I believe have the best chances of improving through the upcoming 2015 NFL Draft. 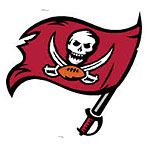 The Buccaneers are in control of their immediate future and can help themselves improve through the draft more than any other team in the league right now. Recent reports say the Buccaneers currently prefer Jameis Winston over Marcus Mariota and I think that’s the right pick, even though Winston has lingering questions about his character and off-field decision-making. No matter what you think of Winston, there’s no doubt that he’s athletically-gifted and could help transform the Bucs into winners well ahead of anyone’s expectations. Not only that, but Tampa Bay also has even other draft choices, including two fifth round picks, so it would appear that this year’s litter could help Lovie Smith’s ballclub in a big way! 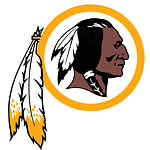 The Redskins have a pretty solid front seven and don’t necessarily need to draft Shane Ray here, even though I suspect they will as teams in today’s pass-happy NFL can never, ever, have enough quality defenders. Washington hasn’t had a first round pick in either of the last two drafts, so they can’t afford to screw this one up at all. Ray will likely be the best available player on the board with the fifth overall pick and has the kind of ability that could make him an immediate starter and impact performer, even as a rookie. 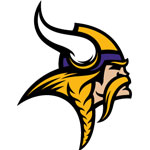 The Vikings struck gold with last season’s No. 1 draft pick, Teddy Bridgewater at No. 32 and they do so again by drafting DeVante Parker, who, ironically, is a Louisville product that played alongside Bridgewater two seasons ago. Parker is the third rated wide receiver behind Amari Cooper and Kevin White, but like Bridgewater, could turn out to be an absolute gem.  If the Vikes don’t go for Parker, they could try to land Iowa offensive lineman Brandon Scherff who could potentially give Bridgewater superior protection for about the next decade.

With an elite quarterback in Matt Ryan, the Atlanta Falcons have always been able to score points in droves. Defense has done the Dirty Birds in time and time again over the last handful of seasons, but possibly no more, thanks to the hiring of former Seattle Seahawks defensive coordinator Dan Quinn as head coach. Now, Atlanta will almost assuredly try to beef up a defense that  is flimsy in every way and it could start with the drafting of the gifted Fowler or Clemson linebacker Vic Beasley who set himself apart from every other linebacker at the NFL Combine. No matter who the Falcons pick here, I think Quinn will do a fantastic job of upgrading Atlanta’s once porous defense. 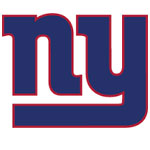 The Giants need a left tackle badly to protect aging veteran signal-caller Eli Manning and give him a better chance of getting back to the postseason. Starter William Beatty looks like a prime candidate to be let go, making Flowers the perfect pick for the G-Men.  If the former Miami U star is gone, look for New York to go after guard Brandon Scherff. 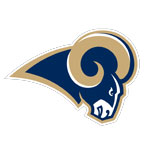 The Rams are in the same position as the Giants – they need an offensive lineman in the worst way to protect Sam Bradford or whoever suits up under center in St. Louis. If both, Scherff and Flowers are off the board by the time the Rams pick, I expect St. Louis to go after Peat, a mountain of a man that will be an instant starter in St. Louis.

No High Draft Pick? No Matter! 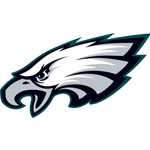 The Eagles could improve as much or more than any team in the draft – if they can acquire Oregon signal-caller Marcus Mariota that is. While Philly would love better than to land Mariota, who played for head coach Chip Kelly at Oregon, the Birds could also dramatically improve their chances of reaching Super Bowl 50 by drafting the talented Collins – or any d-back with a heartbeat for that matter. 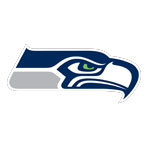 The Seahawks could significantly improve their offense by simply drafting Strong or another ‘big-bodied’ young receiver that can come in and play right away. 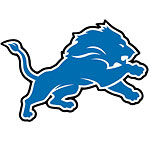 With both, Ndamukong Suh and Nick Fairley set to hit free agency, the Lions could keep their defensive line relevant and fairly strong by adding Brown, a player that has a big-time motor and is underrated in my estimation.
Older post
Newer post