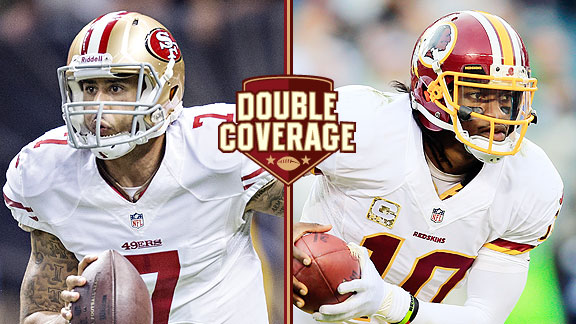 NFL News and Rumors
Every NFL season sees at least one or two teams go through some sort of distraction with their coaching or player personnel. There has been more of that than normal this season, but two teams who have had more than their fair share of controversy throughout the season meet each other this weekend. The NFL Odds favor the Niners as the Washington Redskins travel west to Santa Clara, California. Venue: Levi’s Stadium, Santa Clara, California Date: Sunday, November 23, 2014 Time: 4:25 PM ET TV: CBS We have become accustomed to seeing the Redskins being something of a train wreck. Many will point the finger of blame at team owner Dan Snyder, especially when it comes to the controversy of the team name, which an ever growing number of people are beginning to take offense to. There have been on the field issues, too, but many thought they had turned the corner by drafting QB sensation Robert Griffin III. It has been a bit of a disaster, though, as injury, poor play, and a seeming unwillingness to shoulder any responsibility for that poor play have the Redskins fans calling for a QB change. The feeling is that RGIII will be gone by seasons end, and there are similar issues over in San Francisco. The problems they are having there are more on the coaching side of things, as it seems that Jim Harbaugh has worn out his welcome. The coach has done nothing but win since arriving here, which gives you an idea of how bad things must be behind the scenes if the team is so keen to see him gone. It also looks as though he will be out come season’s end, despite the fact that the 49ers are starting to show some signs of life, and are now in a push for a playoff spot.

GAME ODDS:  REDSKINS: +9-110, OV 44 -110, ML +375 49ERS: -9-110< UN 44 -110, ML -475 The 49ers have been installed as 9-point favorites for this one, as the Redskins have been a total shambles on the field and off. Say what you want about Harbaugh, he usually has his team ready to play. The Niners are 6-4 ATS this season, which includes being 5-3 ATS as a favorite, and also against conference foes. The Redskins are just 3-7 ATS this season, and have a dismal 2-5 ATD record against conference rivals. These appear to be two teams headed in totally different directions. The Redskins are sinking like a stone, while the Niners have put together back to back wins to salvage their season. I think they make it three in a row here, covering the 9-point line in the process.
Older post
Newer post