NFL News and Rumors
Okay pro football fanatics, if you love the NFL betting like most everyone across the globe and you’re ready for some fun-filled football amusement, then, you’re going to love this MyBookie.ag original NFL mix and match nickname game.First, I’ll provide the info on six former NFL superstars and then you match the nickname to the right player. Sounds simple right? Well, let’s test your football knowledge – and no going online for answers people. 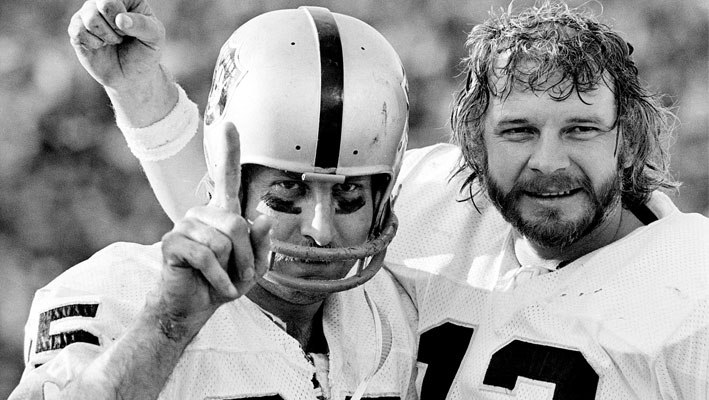 Ken Stabler was a ‘smooth operator’ if ever there was one. The former quarterback for the Oakland Raiders was a four-time Pro Bowl selection and 1-time First-Team All-Pro that compiled a stellar 96-49-1 record in 15 seasons in the league.Stabler played collegiately under legendary University of Alabama head coach Paul “Bear” Bryant and led the Crimson Tide to an undefeated season in 1966 while being named an All-American in 1967.The Raiders selected Stabler in the second round of the 1968 draft and he played in Oakland for 10 seasons while leading them to victory in Super Bowl XI against the Minnesota Vikings in 1977.Stabler was also named the NFL’s Most Valuable Player in 1974, when he led the league in touchdown passes with 26. Stabler finished what I believe is a Hall of Fame career with 27,938 yards, 194 touchdowns and 222 interceptions. 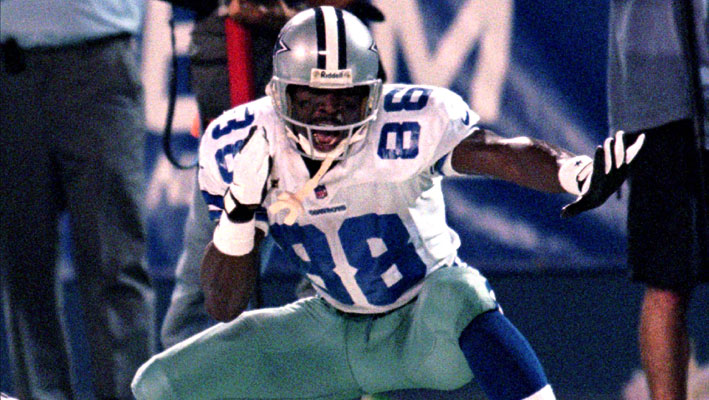 Michael Irvin was a sure-handed, acrobatic wide receiver that helped the Dallas Cowboys win three Super Bowl titles in the 1990s. Irvin was a five-time Pro Bowl selection and one-time First Team All-Pro who compiled seven 1,000-yard receiving seasons en route to a career total of 11,904 yards and 65 touchdown passes. Irvin was inducted into the Pro Football Hall of Fame in 2007. What’s his nickname? 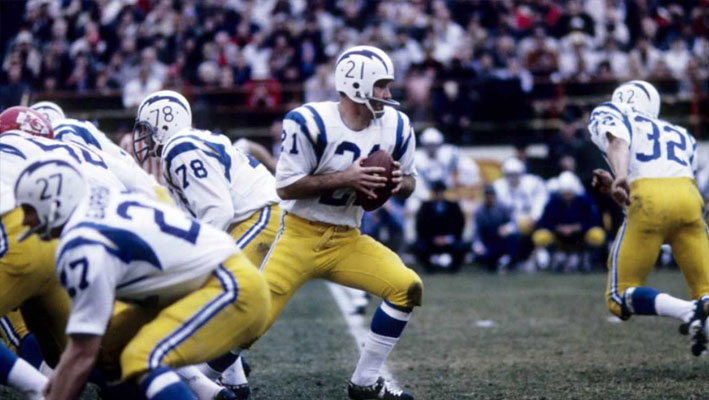 Lance Alworth was a seven-time Pro Bowler and six-time First-Team All-Pro that dominated the opposition as a fleet-footed wide receiver that played the vast majority of his career with the old AFL San Diego Chargers. Alworth racked up a whopping seven straight 1,000-yard receiving season in an era when throwing the ball wasn’t nearly as commonplace as it is in today’s aerial-first times. Three times in his Hall of Fame career, Alworth averaged at least 100 receiving yards per game while routinely making highlight reel catches that often led to long touchdowns. What’s his nickname? 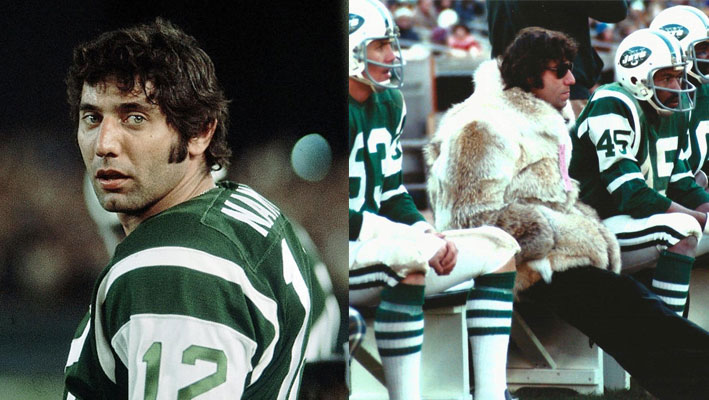 Joe Namath was a brash, trash-talking signal-caller that played for the New York Jets for 11 seasons of his 12-year NFL career. Namath was also the driving force behind one of the biggest upsets in NFL history when he led the Jets to a stunning 16-7 upset over the heavily favored Baltimore Colts in Super Bowl III in 1968. While Namath finished his career with some pedestrian statistics like his 62-63-4 career record as a starter while throwing 220 interceptions against just 173 career TD passes, Namath was elected to the NFL Hall of Fame in 1985. What’s his nickname? 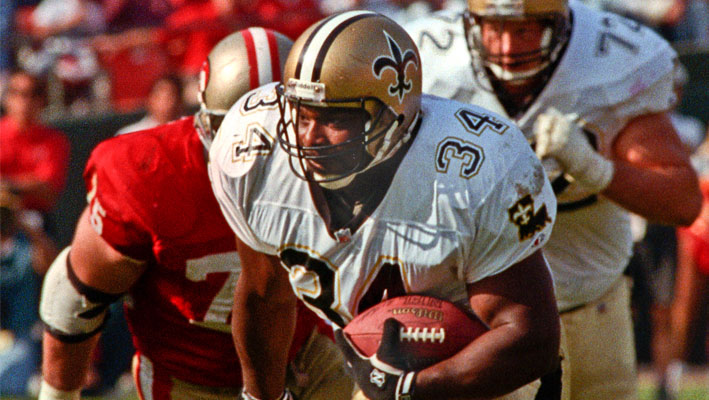 Heyward ran mostly over or through would-be tacklers over the course of his 11-year NFL career. While Heyward only put up one 1,000-yard rushing season in his career and made one Pro Bowl appearance, he also became known for one distinct feature due to his unique running style. What’s his nickname? 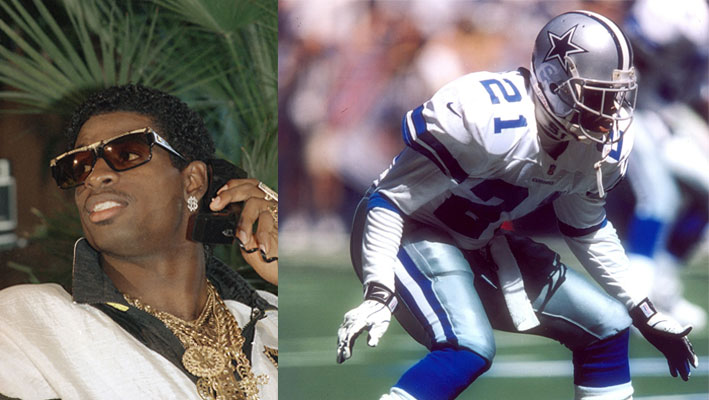 You almost assuredly know the name Deion Sanders and for good reason, The eight-time Pro Bowler and six-time First-Team All-Pro was one of the best – and most colorful – characters to ever play in the NFL. The Hall of Fame cornerback routinely shut down opposing wide receivers, first for the Atlanta Falcons and then, the Dallas Cowboys, with a one-season pit-stop in San Francisco. Sanders finished his 14-year career with 53 interceptions for nine touchdowns. Sanders was also one of the best return men of his era and racked up six punt return scores and three kickoff returns for touchdowns.Did I forget to mention that Sanders also played wide receiver for a big portion of his NFL career and recorded 60 career catches with three touchdowns? What’s his nickname?