NFL News and Rumors
There are some NFL players who start and finish a successful career with the same team. However, there are players that  benefit from change, let’s review who they are and the effect they have had in the NFL odds. This was more common before free agency, of course, and given the fact that NFL contracts are mostly non-guaranteed today, the likelihood that a player has an entire career in one uniform is quite small. Consider the example of LeSean McCoy, who had become beloved in Philadelphia for his smash mouth approach to running. He found himself traded to Buffalo and replaced by what some might consider the enemy – division rival DeMarco Murray, who came to the Eagles as a free agent from Dallas.The upside of this is that there are many chances for players to reinvent themselves and resurrect their careers at other spots in the NFL. Take a look at some players who have taken advantage of that opportunity and changed the NFL odds.

Before Warner led the St. Louis Rams to a Super Bowl title, he lit up the numbers in the Arena Football League. His success with the Rams got him a free agent deal with the New York Giants, but some disappointing results there got him the backup role behind rookie Eli Manning in 2004. He bided his time and signed a contract with Arizona the next year. Even though his first season as a Cardinal ended early with a knee injury, he found his way back to the Super Bowl in Arizona, coming just a few minutes short of a title and a possible MVP trophy in Super Bowl XLIII when Ben Roethlisberger found Santonio Holmes in the end zone to win the game for Pittsburgh. Even so, Warner’s departure to Arizona turned his career back around. 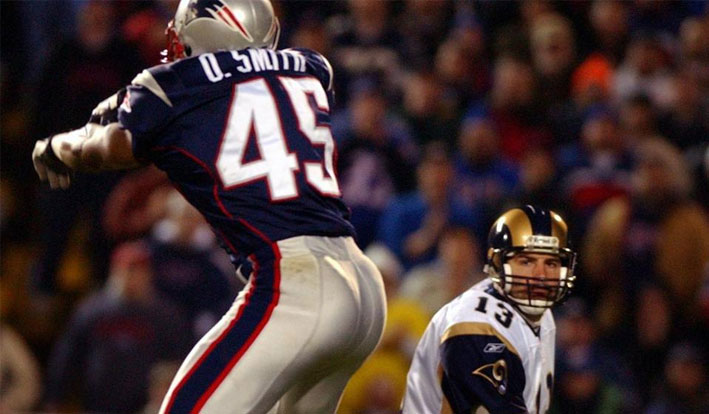 When it comes to talent, Randy Moss is one of the best wide receivers in league history. However, his work ethic and attitude saw him get sent away to New England for the 2007 campaign. While there, he became the league’s very best wide receiver in terms of production and contributed to what was likely the league’s best regular season team, going undefeated all the way through to the unlikely Super Bowl loss to the Giants.

Flutie’s first stint in the NFL was mostly undistinguished, so he took his talents north of the border and became a star in Canada. The Bills gave him a chance to come back south, and for a brief time he played as well as any other quarterback in the NFL, garnering a number of comeback awards and going to the Pro Bowl. He did not sustain that success, but his longevity and contributions to the game still give him an outside chance of being named to the Hall of Fame.

Most people associate Brees with the resurgence of the New Orleans Saints, but he started his career in San Diego. In 2005, he tore his labrum and damaged his rotator cuff. While he was still hurt, the Chargers offered him a cheapo offer to come back, so he went to New Orleans instead. While there, Brees has won a Super Bowl title and a Super Bowl MVP trophy. As an NFL quarterback, Brees has thrown for more than 50,000 yards and is a lock for the Hall of Fame. Do you think the Chargers regret that contract offer?

Plunkett bounced around from the Boston Patriots to other spots during much of the 1970s, but his 1980 season in Oakland brought him into prominence for the first time. Raiders starter Dan Pastorini broke his leg in the fifth game, and Plunkett took over, leading the Raiders to the playoffs and to a Super Bowl title. Plunkett won the Super Bowl MVP that year and was the NFL Comeback Player of the Year.Sources:nfl.com: http://www.nfl.com/videos/pittsburgh-steelers/0ap2000000300498/NFL-GameDay-Super-Bowl-XLIII-highlightsespn.com: http://espn.go.com/nfl/team/_/name/no/new-orleans-saints
Older post
Newer post