NFL News and Rumors
The NFL Draft usually comes as an opportunity for both players and colleges to be on the Pro-world map once every year. But on a more important level, it offers teams in the NFL the chance to strengthen their squads and improve their performances in the NFL odds. Understandably, the draft may seem as an ideal place for teams to boost their depth, but sometimes this is a risk, as not every player usually lives up to his prospected expectation.  And yes, not even first overall picks offer a complete guarantee of good performance. Last year, top overall pick Javedeon Clowney suffered a number of injuries and was generally a bust in his rookie year. Previously, we have seen players such as Alex Smith, who was also picked first in the draft, become major disappointment. And of course, you know what happened to yours truly Johnny Manziel in 2014. With that in mind, here are the overrated 2015 drafts that are likely to do poorly in the new NFL betting season.

Dorsett lad would definitely not be in on this list if this regarded his talent, but what left everyone shocked was when the Colts picked him in the first round. The wide receiver, a former Miami star, is clearly gifted, but the question is do the colts really need him? The Colts lineup currently has T.Y. Hilton, who is rising in the ranks in the league, and free-agent signing Andre Johnson who is just waiting for his opportunity. The youngster Donte Moncrief has also begun proving what he is made of. Their first pick should have thus been guided by the desire to stop the solid competitors in the AFC (like the Pats) rather than just adding a new shiny toy for Andrew Luck to play with. For that reason, Dorsett comes with a big flop potential.

The Browns also seem to have made the same mistake that the Colts made, picking a good player, but at a wrong time. After suffering mightily on the defense last year, they Browns had the opportunity to strengthen their defense by selecting the right player for that position, but instead, they opted for a draftee whom they plan to play out of position. What they really needed was a player who could stretch the defense, creating opportunities for Josh McCown and Johnny Manziel to improve their play. Cameron Erving is great, but if not played in his rightful position as guard, he won’t succeed.

Gregory was supposed to be among the top 10 picks in 2015, but his stock plunged due to his character flaws, sending him down as a late second-round pick. Without any doubts, Gregory is a talented player and he could bring some good value to the Cowboys if he stays disciplined. Unfortunately for the Cowboys, Gregory has a knack for getting into off-field trouble. From failing a drug test at the NFL combine to missing some practices with the team in the offseason (in the name of high temperature, dehydration and the need to live healthily); Gregory is full-blown disaster waiting to happen. If the Cowboys can find a lasso for taming the defensive end, then his season could be over before it even starts in the NFL. 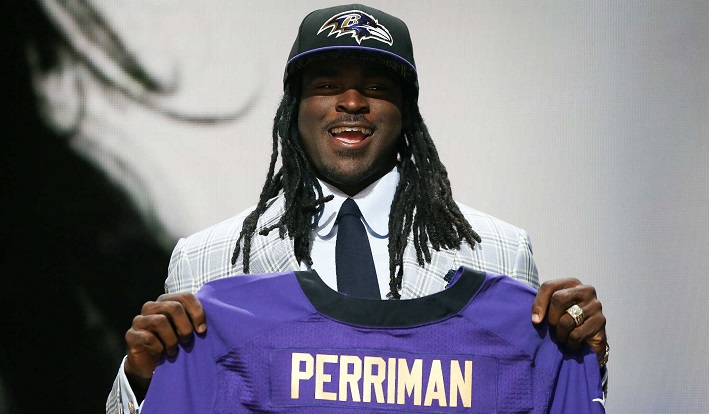 After setting a blazing 40-yard dash time of 4.27 seconds at the combine (albeit his size), there is no doubt that the WR could be a good option for Joe Flacco to exploit. However, the truth is Perriman is just an average wide receiver, and his ratings blew sky high after his performance at the combine. In turn, the Baltimore Ravens got hooked on the hype, selecting him in the first round, when he should have (at best) been a late second-rounder, or even a third-rounder. The Ravens believed the hype so much that they overlooked his shaky route-running game and questionable ability to catch the ball. He may have earned the trip to the NFL, and at a good position, but staying up there among the big names and delivering results will take more than just his hype.

Although Bryce went in the fourth round of the draft, it still remains for us to see if he will thrive with the New York Jets, who could easily push him to a starting role, especially if Geno Smith and Ryan Fitzpatrick don’t deliver as expected. But with most people putting his attitude into question, and his worrying accuracy on the pitch also being a concern, a lot of doubts are cast over Bryce Petty. With such elements, it barely looks his hyped status from college will amount to anything, unless he makes some drastic changes between now and the time he will get an opportunity to make his mark in the league.Sources:Wikipedia.org (https://en.wikipedia.org/wiki/Cameron_Erving)ESPN.go.com (http://espn.go.com/nfl/player/_/id/2466005/bryce-petty)
Older post
Newer post