NFL News and Rumors
Entering his 10th season with the Green and Gold, head coach Mike McCarthy and the Green Bay Packers are hungry for successes with big aspirations for the 2015 NFL season, the type of aspirations that are not satiated until you lift the Vince Lombardi Trophy. And going by their recent surging performances in the league, refined team roster and remarkable offseason additions, you’d involuntary agree that stopping the Packers from lifting the 2016 Super Bowl trophy would take something really special. Wondering what we are talking about? Well, join us below and we will explain to you why the Packers are the crop of Super Bowl 50 contenders, deserving your time and money in the 2015-16 NFL odds.

In regards to winning the NFC North title, it is nearly meaningless to consider what the Green Bay Packers have done in the offseason, as Aaron Rodgers is–by far–the best quarterback in the division and Green Bay’s explosive offense can easily handle Detroit, Minnesota and Chicago in the race for the divisional title. In essence, that is the reason the Packers have been handing beatdowns to members of the division over the recent times, claiming the last four back-to-back NFC North titles (2011, 2012, 2013 and 2014).The 2014 season particularly featured a dominant showing by Green Bay, as the team finished top of the division with a 12-4 mark, including a flawless 8-0 record at home and a 5-1 record against NFC North opponents.Predictably, Teddy Bridgewater will probably have a decent season with the Bears, Jay Cutler and Matthew Stafford will give a few eye-catching performances to vindicate the big-money contracts they signed with Chicago and Detroit, respectively, but in the end, Rodgers and the Packers should be able to stand tall with a fifth successive NFC North title.That takes us to Green Bay and its chances of beating competition in the postseason. But before we delve deep into Green Bay’s odds in the 2016 NFL playoffs, let’s first get started by looking at the roster changes, which are likely to have an impact on the postseason games. 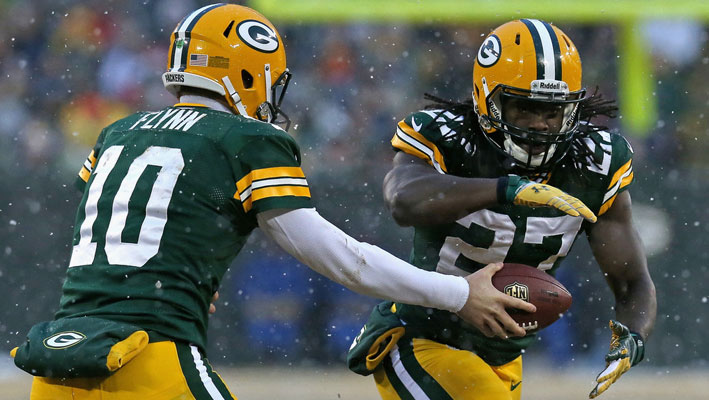 Unlike most teams that tend to recruit players and then release them easily, the Packers have been cagey about releasing their players—a key reason why the 2015 unit is very intact, returning with nearly all the starters from 2014. Among the key moves during this offseason, the Packers retained the services of Randall Cobb, one of Rodger’s’ most lethal deep-threat weapons in the receiving department. This means that Cobb will continue his solid partnership with WR Jordy Nelson—Green Bay’s best receiver, who is coming off a monster year where he set career highs in receiving yards (1,519) and catches (98), while bringing his touchdown numbers to 43 scores over the last season. Meanwhile, according to Coach McCarthy, second-year wideout Davante Williams has been Green Bay’s offseason MVP, indicating that he could be an “All-Star” in 2015, alongside Cobb and Nelson.Shifting to the backfield, you all know of the exploits of Eddie Lacy, so no need to talk much about him, except to tell bettors to expect a big year from him. 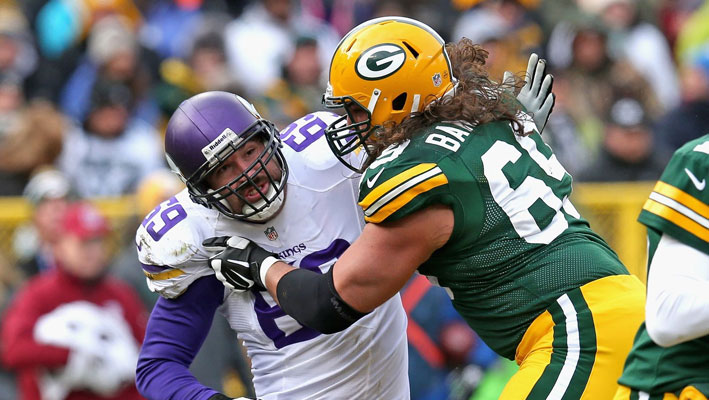 But most important of all, the Packers have a talented and cohesive group in the O-line, including David Bakhtiari, Corey Linsley, Josh Sitton, Bryan Bulaga and T.J. Lang, which guarantees sufficient protection for the aging Rodgers and open lanes for Lacy to wreak havoc on Green Bay’s opponents.Combining all that talent, and then factoring that the Packers have the best quarterback on the planet in Rodgers, the current offensive unit is probably the best franchise has had in the last decade, something that Coach McCarthy wittingly insinuated in his recent talks about the squad. The Packers are thus very likely to have the most prolific attacking unit in the nation in 2015.And in case you are asking, the defense is just as fine, thanks to their busy offseason trades and recruitments.

How Far Can the Packers Go in the 2016 NFL Playoffs? 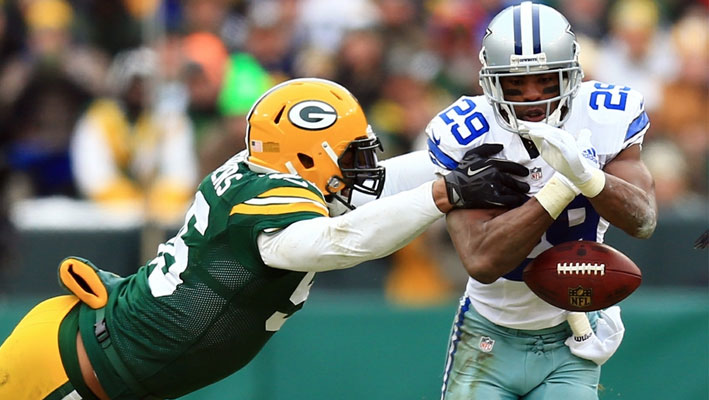 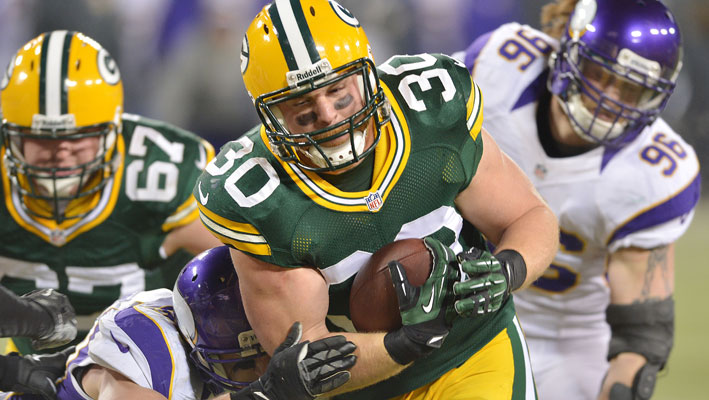 Evidently, the Packers have been a class above the rest of the NFC teams. In fact, if you were to eliminate the dismal 8-7-1 mark in ’13 (when Rodgers missed most games due to injuries), the Packers average a remarkable 12 wins per season. But even with the 11.2 average, the Packers are still decently above other teams. And before you start talking about the NFC North being an easy division, be sure to consider how the NFC South has been a baby-bottom soft place to be in, yet New Orleans (led by the mighty quarterback Drew Brees) have just managed a 9.8 average in those years. Oh, and the Seahawks haven’t had much to do in the NFC West over the last couple of years as well, so the fact that Green Bay has been the strongest team in the NFC should be duly considered, as we look ahead into the 2016 NFL playoffs in this conference.Now, with central focus on playoff appearances, the Packers have been to the NFL postseason games in ALL BUT ONE season since Aaron Rodgers joined Green Bay in 2008. And to his defense, the 2008 season (the year the team missed the playoffs), Rodgers was a rookie, yet he threw for over 4000 yards and 28 touchdowns, while the Packers lost 7 close games by 4 points or less in that season to finish on a 6-10 record. In all the seasons following that riotous rookie season, Rodgers has consistently led the Packers to the playoffs in six straight seasons (2009, 2010, 2011, 2012, 2013 and 2014). 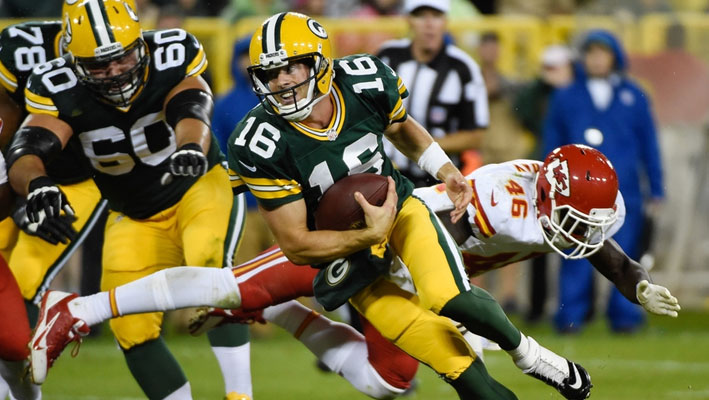 In 2014, you all know about Rodgers and his injury, yet he took the Packers to within one game of the Super Bowl XLIX title. Yeah, yeah, I know it all seems like a bunch of lame excuses. But think about this logically… If a half-healthy Rodgers guided the Packers to a win over the Dallas Cowboys and a near-victory over the Seahawks, what more could he do when he is fully healthy and with the support of the robustly improved Green Bay squad?I don’t know about you, but I strongly believe that the right answer to the above question is another NFC title game and possibly a Super Bowl title. Not to say that the NFC is going to be a walkover, because it won’t be, but the honest reality on the ground is that a healthy Green Bay team will be tough to contain in the playoffs, irrespective of who they meet. 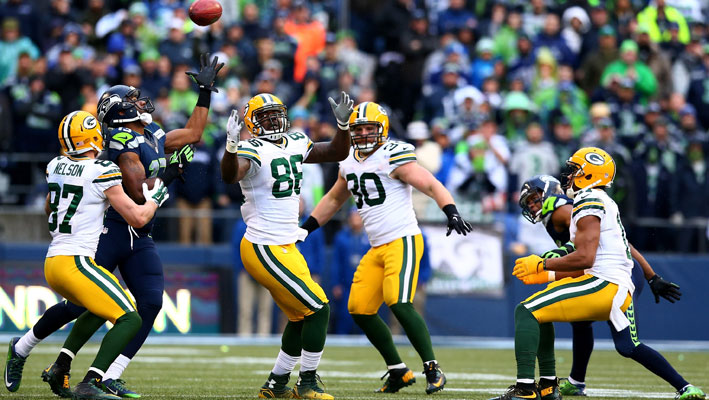 Taking into account the in-depth analysis done above, here are the boldest picks we recommend for you in regards to Green Bay Packers and the 2015 NFL season:• Green Bay Predicted Final Record in 2015: 13-3• Green Bay Season Total Win Pick: Over 11 (-125, MyBookie.ag)• Pick on Odds to Win the 2015 NFC North Title: Green Bay (-350, MyBookie.ag)• Pick on Odds to Win the 2016 NFC Championship: Green Bay (+300, MyBookie.ag)As glimpsed by the picks, we believe the Packers will go all the way to the NFC Championship game and win it. As far as Super Bowl L odds are concerned, the Packers are lucratively trading at +550 in our NFL betting lines, and based on the analysis we’ve done in this article, there are definitely many reasons to trust them on that price. Still, the are number of changes can take place between now and the start of the season, or even once the season begins, no wonder we are sort-of 60-40 on recommending it as a surefire pick now.Sources:ESPN.com: http://espn.go.com/nfl/team/_/name/gb/green-bay-packersNFL.com: http://www.nfl.com/draft/2013/profiles/david-bakhtiari?id=2540183
Older post
Newer post