NFL News and Rumors
If you’re gearing up for the 2015 NFL betting season and you’re looking to gather as much pertinent information as possible on every team in the league, then you’re going to enjoy this expert analysis on the five burning questions surrounding Aaron Rodgers and the Green Bay Packers (12-4 SU, 9-6-1 ATS, 11-5 O/U) as they get set for the upcoming season. Since haste makes waste and the start of training camps across the league is quickly approaching, let’s get started.

What are the Odds for Aaron Rodgers to Remain Healthy?

Rodgers is as tough as they come so I see no reason to doubt that he won’t stay healthy enough to keep the Packers in legitimate conference title contention this coming season. Rodgers played all 16 regular season games in 2014 and finished seventh in passing with 4,381 yards. Once again, I see no reason why Aaron Rodgers won’t be healthy in 2015.

Is Eddie Lacy the Real Deal?

I don’t think there’s any doubt that Eddie Lacy is now one of the best running backs in the game today. The former Alabama star finished seventh in rushing last season with an encouraging 1,139 yards and a healthy 4.6 yard-per-carry average. Make no mistake about it people, Eddie Lacy is definitely the real deal.

Can the Packers improve their Defense?

Green Bay finished the 2014 regular season ranked 15th in total yards allowed, but that was mostly because of their stellar 10th-ranked pass defense. When it came to stopping opposing ball carriers, Green Bay finished a dismal 23rd against the run.Heading into 2015, I think this problem could still be a bit of an issue seeing as how longtime nose tackle B.J. Raji and defensive end Julius Peppers are both getting up their in age and the Packers didn’t really address their defensive line in free agency or the draft the way I think they should have.The Packers jettisoned former core linebacker A.J. Hawk and could move Clay Matthews inside in 2015, though I’m going on record right now to say that move sounds absolutely foolish.

Can the Packers overcome their crushing NFC title game loss?

I don’t think there’s one shred of doubt that the Green Bay Packers will be legitimate Super Bowl title contenders in 2015. I mean, hey, when you’ve got a quarterback like Aaron Rodgers, you’re going to have a chance to win just about every game you play if your defense shows any kind of competency.The Packers have an elite head coach in Mike McCarthy, great front office personnel and simply run their organization like every professional franchise should be run. This team is mature and experienced and won’t have any problems dealing with the difficulties of having the 2015 NFC Championship snatched from their grips in absolutely improbable fashion. 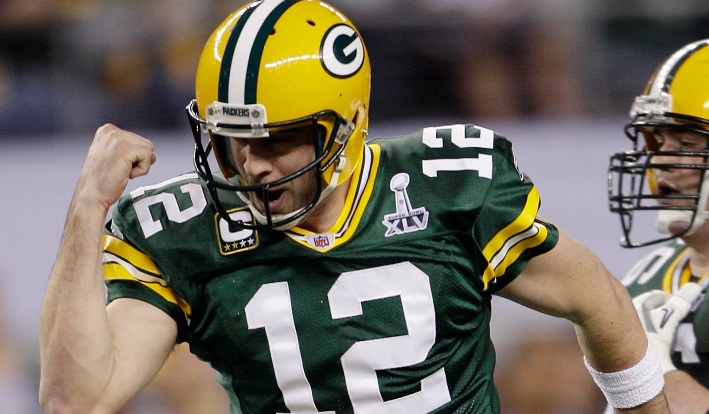 Green Bay is one of the most offensively-balanced teams in the NFL, with an elite running back in Eddie Lacy complimenting likely future Hall of Fame quarterback Aaron Rodgers and the Packers’ passing game perfectly. If the Packers can field a defense that ranks somewhere around the top 10, I believe they have the potential to beat any team in the NFC in 2015, including the defending conference-champion Seahawks.I believe Rodgers and company are going to reach the NFC Championship game for a second consecutive season, although I’m not giving away my pick to win the conference right here.
Older post
Newer post