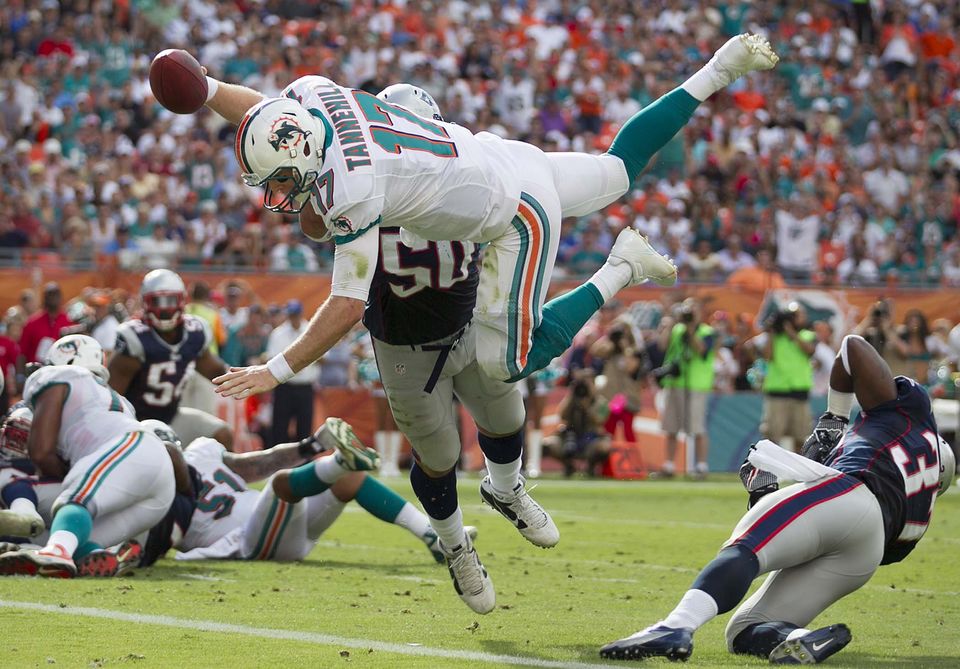 NFL News and Rumors
Week 15 brings a bunch of interesting NFL betting matchups, but the one that is likely to grab more attention is the Dolphins vs Pats game. If you want to make the playoffs in the NFL, it’s crucial that you find a level of consistency that will give you every opportunity to get there. The New England Patriots have managed to find that, while their division rivals, the Miami Dolphins, have been on a win one lose one streak that has left them on the outside looking in.

Date/Time: Sunday, December 14, 1:00 PM
Location: Gillette Stadium, Foxborough, Massachusetts
The Dolphins have been a funny old team this season in that they have found ways to win every time they are pretty much written off. That is a tough way to play, though, and the losses have started to pile up in a way that makes any sort of Houdini act now seem highly unlikely. The final nail in the coffin was the loss to the Baltimore Ravens last weekend when they had a chance to really put themselves in the Wild Card mix. It now appears that there are simply too many teams above them and too many tie-breakers to overcome.That Dolphins loss, combined with a New England Patriots win over the San Diego Chargers, has pretty much guaranteed that the Pats will be walking away with the AFC East crown this season. A win this weekend will make it official, and the fact of the matter is that no-one will really be very surprised, as there have been few teams better than New England coming down the stretch. Their only real blip on the radar was a loss to the Green Bay Packers on the road, which is not something to be ashamed of.

You can expect it to be cold and unhospitable in Foxboro this coming weekend, which makes the 8-points that New England are favored by seem very fair. The Patriots are 8-5 ATS this season, but where they have excelled is against teams with winning records, as they are 6-1 ATS in those games.The Dolphins are 7-6 ATS this season, and are just 3-3 ATS when playing as an underdog. These two have met twice at Foxboro over the past three seasons, and it was New England who went 2-0 SU and ATS in those meetings.Game Odds:DOLPHINS: +7½-110, OV 48 -110PATRIOTS: -7½-110, UN 48 -110I believe that the Dolphins season officially died last weekend, and that the Patriots will hammer the final nail in their coffin on Sunday. I like the Pats to easily cover in this one, with a big double digit win what I see happening.
Older post
Newer post