NFL News and Rumors
Like most NFL betting fans know, just about every contender in the league has a player whom they lean on when times get tough. The Houston Texans rely on J.J. Watt to bolster their defense and turn ordinary plays into turnovers. The New England Patriots have become a revolving turnstile of support players around quarterback Tom Brady, bringing in other role players to fill needed spots as Brady takes the people around him as far as he can each season. However, as the results of the Dallas Cowboys show, year after year, there is no more important player to his team today than Dallas Cowboys quarterback Tony Romo. If you don’t believe this, here are two stories from the 2014 season to prove my point. The first one goes back to November, when Romo is injured during a game against the Washington Redskins. In comes backup quarterback Brandon Weeden, who plays well enough to manage the game into overtime. However, Romo feels like he can come back on the field – not yet knowing he has fractured his transverse process in his back – and even though the team gets a jolt of energy back from him, he can’t throw the balls he needs to, and the Redskins end up prevailing in the extra time. 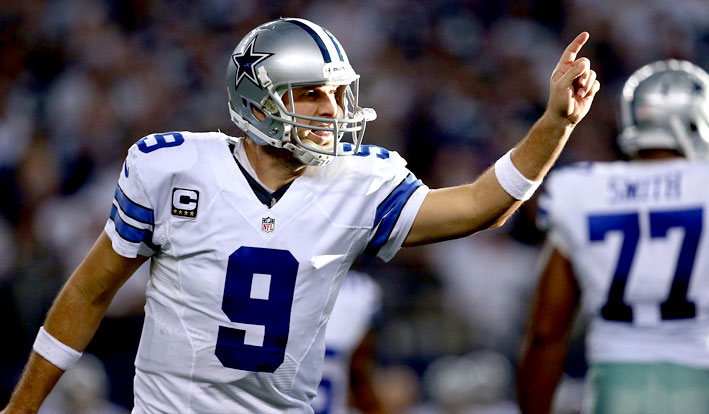 The next week saw the Cowboys face off against the Arizona Cardinals, and now Brandon Weeden would be the quarterback the whole way, as Romo was ruled out due to the fractures. While Arizona was missing its starting quarterback, Carson Palmer, the stifling Cardinal defense kept Weeden from doing much at all. He looked lost and befuddled, and the Cowboys would go down in a game that Romo likely would have won going away. When the Eagles came to town on Thanksgiving, Romo was back – but probably too soon, and the Eagles beat the Cowboys as Romo looked stiff moving around on the field. A few weeks later, when Romo was playing the Eagles in Philadelphia, it was clear that he had found a routine that would help him play well. The whole team responded as well, as the defense played with more confidence and made Eagles quarterback Mark Sanchez look just as frustrated as Weeden did against the Cardinals. With Romo on his game, the whole team responded, and the Cowboys won easily. Fast forward several weeks to the divisional playoff game between the Cowboys and the Detroit Lions. Early on, the Lions were up 14-0, and it looked like the Cowboys were headed to another home disappointment in the playoffs. However, Romo stayed calm and did not make some of the panicky mistakes that characterized his early career. Instead of forcing balls into coverage, he threw low balls to avoid interceptions. He was sacked six times, but he didn’t turn the ball over, while Lions quarterback Matthew Stafford would turn it over three times. 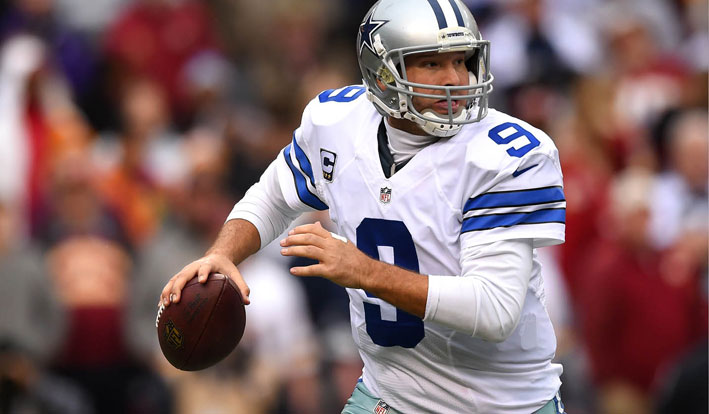 Even though the Cowboys would not lead until the fourth quarter, Romo’s patience kept the Cowboys calm and in the game. On 4th down and six with six minutes to go, with the ball at the Lions’ 42, Romo made the best throw of his career so far. Tight end Jason Witten ran a curl route, and Romo hit him for a 21-yard gain. A few minutes later, Romo hit Terence Williams for a touchdown, and the long comeback was complete. Whether he’s pinwheeling away from pass rushers or waiting until the last minute to make the right pass, Romo has come a long way since he botched that extra-point snap in Seattle so long ago, and he is the player that the Cowboys need the most if they are going to have any success in 2015. Sources NFL.com (http://www.nfl.com/player/tonyromo/2505354/profile) ESPN.com (http://espn.go.com/nfl/player/_/id/14878/brandon-weeden)
Older post
Newer post