NFL News and Rumors
CG Technologies, previously known as Cantor Gaming, became the first oddmakers to release the NFL lines & point spreads for the upcoming NFL season. For quite a while, the NFL lines for the first week of the 2015 season have been around, but there’s not been much betting information about the remaining weeks. In the section below, we share with you the NFL betting point spreads for Week 1 to Week 8, with the rest of the odds set to be given later:

Takeaways and Underlying Picks from the 2015 NFL Point Spreads

Interestingly, only two teams have been favored to win their games by double digits—the New England Patriots at -11.5 odds (vs. the Jaguars in Week 3) and the Indianapolis Colts at -10.5 (vs. the Jaguars in Week 4). Does that mean the Jacksonville Jaguars are going to be the weakest teams in 2015, while the Pats and Colts will be two of the best teams in the league? Well, about the Jaguars, losing their first round pick Dante Fowler will certainly be a big blow to the earlier predictions about them finishing the season with 5-or-more wins. Still, going by the other offseason additions made to the team, I don’t think they’ll be the dead-last team in the league. A second-last or third-last finish would probably be fairer for the Jags. 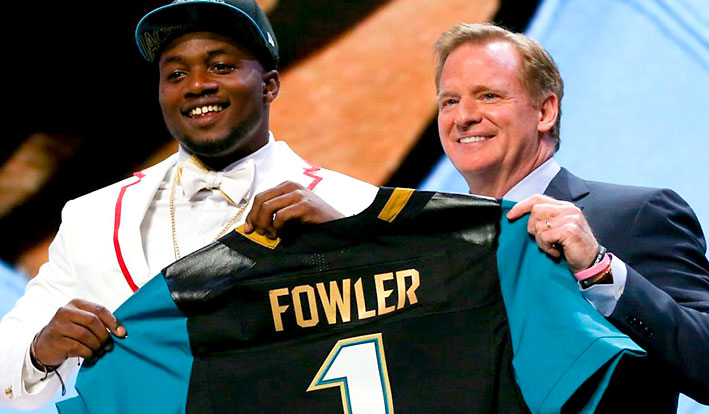 About the Colts and Patriots, it totally makes sense that they are considered among the best teams in the league, mainly because of the Tom Brady and Andrew Luck factors. Speaking for myself, I’d go with the Colts being slightly stronger than the Pats at the moment, hence being destined for a better season than New England. In fact, if Brady misses the first four games due to his suspension, then the Colts should be a lock to finish with the best regular-season record in the AFC, and probably even in the entire league.Another interesting note is that 11 games have been penned for EVEN odds. Now, whereas it makes sense to have games such as the Lions at Vikings, Patriots at Cowboys, Cowboys at Saints, 49ers at Giants, and Jets at Raiders at EVEN odds, I don’t think that games like Broncos at Lions, Packers at 49ers, Cowboys at Giants, Eagles at Panthers, Colts at Texans, and Chargers at Vikings deserve to be on the EVEN list. For example, the Packers should be able to take care of the 49ers easily even if the game will be on the road, just in the same way it looks highly likely for the Broncos to beat the Lions on the road, Colts to beat the Texans on the road, and Cowboys to handle the Giants on the road. 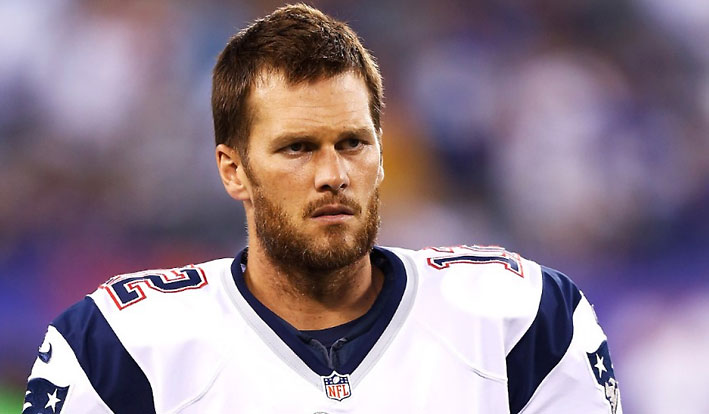 Finally, there are teams that have either been favored too highly or underrated in the spread, while others should not have been favored at all. For example, the Colts -1 at Panthers and the Rams at Packers -5.5 is simply too low, as both teams should be favored by more points. Meanwhile, in the Week 1 Steelers at Patriots -6.5 spread and the Week 7 Jets at Patriots -8.5 lines, the Patriots have been excessively favored, with both teams likely to be closer than projected. And as an example of a team that has been wrongly favored, the Steelers at Rams -1 in Week makes a good case, as the Steelers are the better team here, even if they are on the road.In due time, we will dig through the NFL point spreads, making a case for the best picks you should be going for. But based on the few takeaways given above, together with the NFL betting previews we’ve been giving in the past, you probably have a few betting-worthy ideas about the best NFL point spread picks to consider in the upcoming season, don’t you? Cool! See you next time when we delve deeper with more sumptuous NFL picks.SourcesNFL.com (http://www.nfl.com/draft/2015/profiles/dante-fowler,%20jr.?id=2552437)ESPN.com (http://espn.go.com/nfl/player/_/id/2330/tom-brady)
Older post
Newer post