NFL News and Rumors
Some of the most influential names for football betting fans, including New York Giants owner John Mara and New England Patriots owner Robert Kraft, are predicting that there will be one – if not two – teams calling Los Angeles home by the 2017 season, if not 2016.It’s been more than twenty years since an NFL team called Los Angeles home. The Rams headed east to St. Louis after their star faded in the early 1990s and attendance dwindled from what had been a hot ticket to get. Of course, that was back with the Rams were contenders. Vince Ferragamo and the Super Bowl XIV appearance were ancient history by the time then-owner Georgia Frontiere decided to take her team east.  Of course, now, the Rams want a new stadium out of the city of St. Louis, which has been slow to oblige them, and so owner Stan Kroenke has bought the land that, until recently, housed the old Hollywood Racetrack. Now that Kroenke owns the land, the rest of the racetrack has come down, and it’s ready for a NFL stadium to go up – if Kroenke gets approval to move the Rams back west.An even more intriguing possibility involves the chance that not one but two teams could end up in Los Angeles, as both San Diego and Oakland are thinking about moving to town. The two teams have gone in together on property in the suburb of Carson that could also hold a stadium. Having two AFC West rivals in town – and sharing a stadium – could definitely generate some interest. Of course, those diehard Rams fans who are still in town wouldn’t necessarily be interested in watching these two teams play each other. 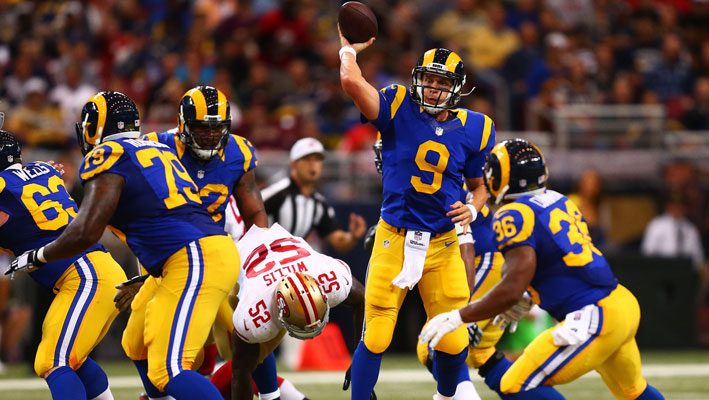 Another possibility, of course, is expansion. However, the league already has 32 teams, and the parity in place indicates that there may not be enough talent to make a 34-team league viable. You’d have to add two teams, of course, because a 33-team league would need a bye every week. Adding two teams to the same market wouldn’t make a lot of sense, but another scenario could involve having the Rams move back west and giving St. Louis an expansion team – and putting a second expansion team in the same stadium with the Los Angeles Rams.Time is ticking for a team to be in Los Angeles by 2016, though, given how long it takes to put up a stadium. The management of the L.A. Coliseum has already said that they are not interested in having the stadium serve has a temporary home for the next NFL franchise in town, which means that new construction is going to be necessary. No comment has come from the Rose Bowl management about the possibility of having an NFL team there as a temporary tenant. 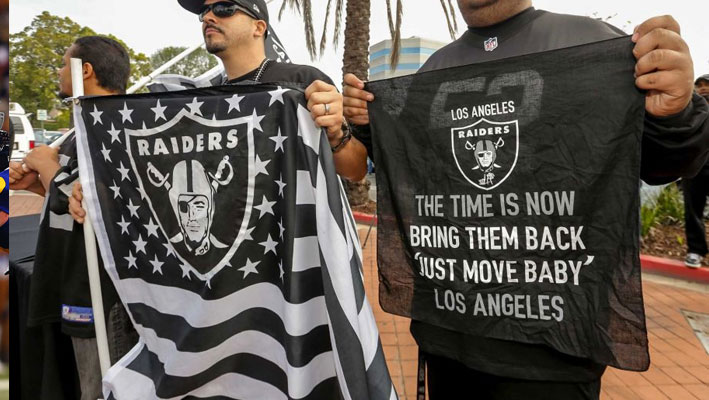 Los Angeles has a reputation for being a fickle town in terms of watching its fans. To get an idea of this, go to the Staples Center for a Clippers game. Right now, those games are sellouts and the fans are raucous. If you go to a Lakers game, the attendance is a little more sparse, and the fans aren’t into the game as much. Back when the Lakers were really good and the Clippers were the ones missing the playoffs just about every year, the trend was reversed – L.A. fans love a winner. If an NFL team is going to bring the league back here, management will have to understand that this isn’t Cleveland or Green Bay – there are simply too many things to do in Southern California. If management wants a steady fan base, the team will have to contend year in and year out. Sources:Wikipedia.org: https://en.wikipedia.org/wiki/Georgia_FrontiereForbes.com: http://www.forbes.com/profile/stanley-kroenke/
Older post
Newer post